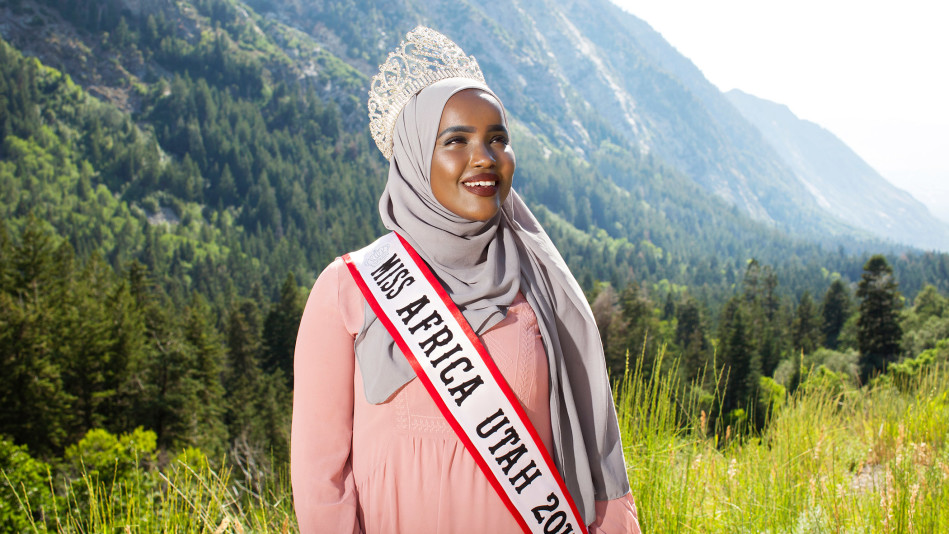 My mom used to drive my twin sister and me to elementary school, and as soon as her car was out of sight, we'd take off our headscarves. Not that our hijabs were the only issue. My sister and I weren't just Muslim—we were the sole people of color in our school. Kids shouted "Allahu akbar!" at us, and called us monkeys more than once. My parents had come to the United States as refugees in 1998, and we were born a year later; we grew up speaking Somali. Learning English was a mixed blessing because it allowed me to understand what everyone was saying about us.

At home my mom cooked only Somali meals—rice with goat meat, a banana on the side—so my sister and I were ashamed to have friends over. We stopped speaking Somali. When my parents came to school, I'd walk ten steps behind. If kids asked why they dressed weirdly, I'd say, "Those aren't my parents."

When I started at a diverse middle school, I began to realize how much damage I'd done to myself. I wanted to change the narrative for those in my position, so in high school I taught an after-school class at a refugee center. I kept reinforcing that my students and their identities were beautiful, no matter what society said. But when a friend encouraged me to compete in the Miss Africa Utah pageant, I said, "How can I be a beauty queen if I'm not pretty?" There I was, telling kids to be proud of themselves and still beating myself up. So I entered the contest.

Though my parents didn't love the idea, they came around. Unfortunately, they both had to work the night of the pageant, but right before I went onstage, my mother called and said, "You can do anything you put your mind to." And when I walked out, I saw that they'd sent all their friends and their friends' children, who cheered and stomped their feet as I was crowned the winner. I graduated from high school last year, and now I'm getting my degree in public health while completing premed requirements. I'm also relearning the Somali language. I forgot so many aspects of my own culture, and I never want to lose touch with them again.

From the February 2018 issue of O, The Oprah Magazine

More Inspiration
Celina Caesar-Chavannes Is Not Here for Hair-Shaming and Discrimination
How Young Jean Lee Is Transforming Broadway
Trevor Noah Tells Oprah What He Learned from His "Gangster" Mom
Watching Oprah at the National Museum of African American History and Culture
Why Books Are More Important Than Ever Right Now
Patricia Clarkson on the Best Advice Her Mom Ever Gave Her
Sarah Paulson's Best Ocean's 8 On-Set Experience Involves Rihanna, Obviously
10 Superhero Nurses Making a Big Difference