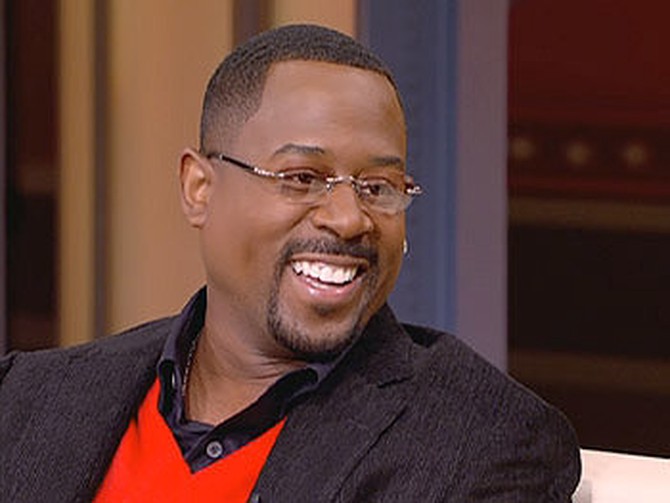 In Welcome Home Roscoe Jenkins, Martin Lawrence plays R.J. Stevens, a superstar Hollywood talk show host who is about to marry a glamorous reality show starlet. Before they tie the knot, he takes his fiancée back home to Dry Springs, Georgia, to meet the family he left behind. Hilarity ensues when Roscoe and his bride-to-be meet up with his outrageous family members.

Martin says Welcome Home Roscoe Jenkins is one of the funniest films he has ever made. "I love this film and the whole cast that I got to work with," he says. "Everybody delivered in their roles. It was just a lot of fun."

To research the part of a successful talk show host, Martin says he watched television shows—including Oprah. "I watched your show…just see how you interact with the audience," he says. "It worked for me. It helped." 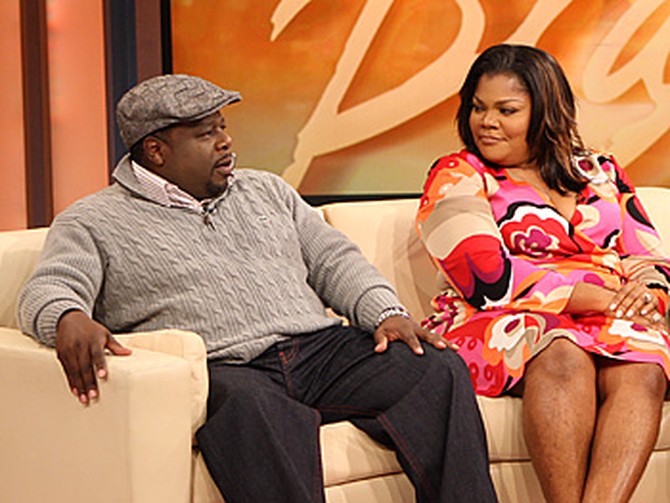 Mo'Nique's experience acting alongside Martin, Cedric and fellow castmate James Earl Jones was so wonderful, she says if she never did another movie, it would be fine by her. "Just being in the company of such greatness, I can say, 'You know what? I've had my ride. I've had a great time, and thank you, God,'" Mo'Nique says.

Cedric says he has wanted to work with Martin again ever since they performed onstage live in Def Comedy Jam. "I had a small part in [Big Momma's House], and so we had this relationship," Cedric says. "He's one of the greatest." 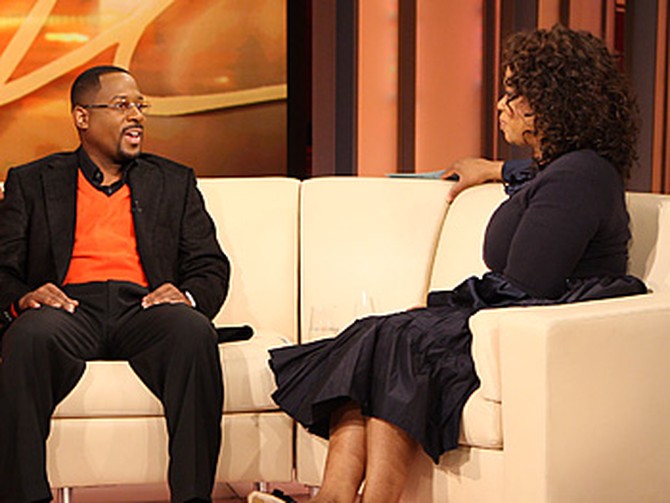 Throughout his career, Martin has enjoyed success on television with his show Martin and on the silver screen with popular movies like the Bad Boys films. With each new project, Martin says he aims to do better. "That's what we're in the business for, just to raise the stakes a little bit," he says.

When he read the script for Welcome Home Roscoe Jenkins, Martin says it reminded him of his television show. "There's a lot of things in this movie that are like the Martin show, so to do it with this cast, it couldn't get [any] better," he says. "This is one of the best casts that I worked with." 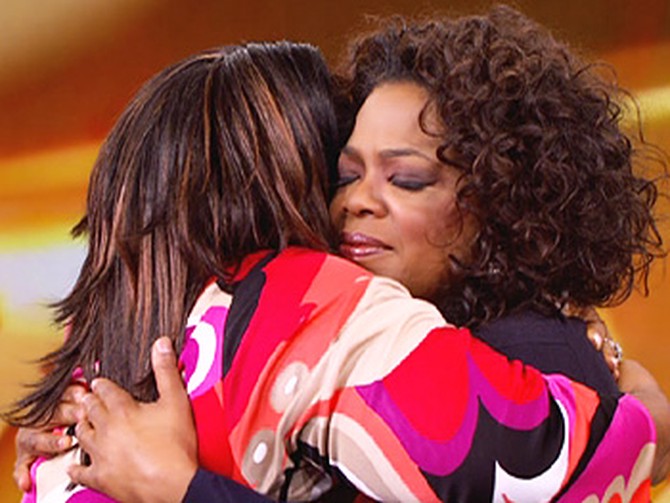 This is Mo'Nique's first appearance on The Oprah Show—but it's not the first time she has met Oprah!

In 1978, Oprah became the co-host of People Are Talking, a local talk show in Baltimore. "When you first came on, I had never seen a black woman on television that was a big black woman that looked like me," Mo'Nique says. "I'd never seen that before, and I said, 'I want to do that when I grow up.'"

Mo'Nique says her broadcasting school took a field trip to the set of People Are Talking, where she met Oprah for the first time. "When I put my hand inside of yours, I said, 'You know what? I want to be just like you when I grow up,'" Mo'Nique says. "And you grabbed my hand really tight, and you said, 'You've got to work really hard.' So from one sister to another, I held onto those words for life, and now it's an honor to be sitting here on your stage with you."

"Thank you," Oprah says. "That is so beautiful." 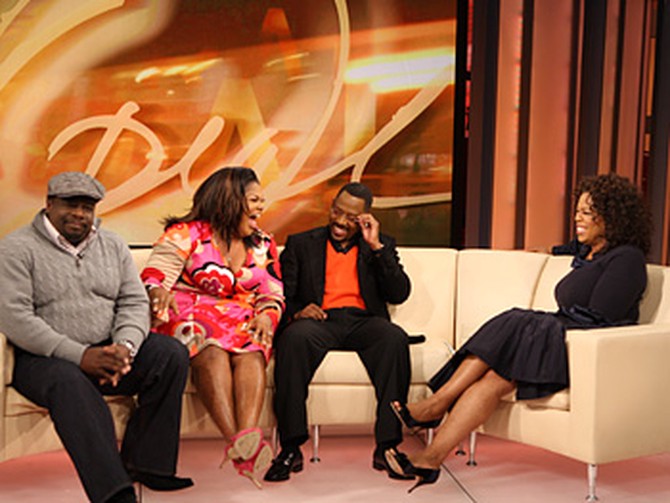 Before they became movie stars, Martin, Mo'Nique and Cedric all held down less-than-glamorous jobs. "Remembering where you came from and to see where you are now, you give nothing but thanks and praise," Martin says.

Mo'Nique says she once worked as a phone sex operator. "I was the person that worked inside the office, and I had to monitor the calls. I had to make sure the girls were saying the right things to the men," she says. "I learned some things, Miss Oprah!"

Before he became a famous comedian, Martin buffed floors in retail stores. "When you go into K-Marts and you see them shiny floors? I did that!" he says.

Cedric says he bagged groceries at a supermarket. "I was probably like top-10 bagger in the state. I was like Tom Cruise in Cocktail," Cedric jokes. "You put your heavy things on the bottom. I would have your milk next to the frozen peas so your milk would stay cool. People would appreciate that if you had to stop before you got home, you know. They didn't realize. I was good!" 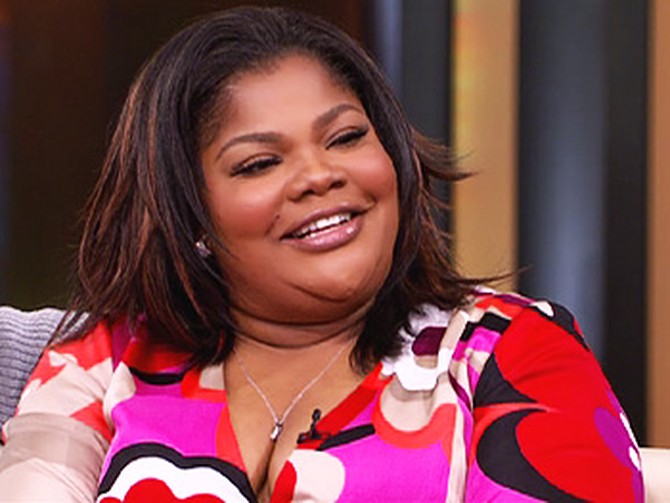 Now that she is famous, the public is learning more about Mo'Nique's personal life. In an article in The New York Times, Mo'Nique spoke freely about her open marriage to Sidney Hicks—but she says being open isn't all about sex. "When I said I had an open marriage, people automatically jumped to sex. They automatically went there," she says. "But I've been best friends with my husband since we were 14 years old. When we say open, we're very honest. There are no secrets. Oftentimes you have people that are married, but they're strangers, and we refuse to be those people."

Mo'Nique admits, though, that her and Sidney's definition of an open marriage does include sex with other people. "It's not a deal breaker. It's not something that will make us say, 'Oh, we've got to go to divorce court,' because we're very real people and we understand what's for us. It doesn't work for everybody," she says. "I've had to sneak and I've had to lie, and I don't want to do that any more. But my husband is so awesome and so fine and so—oh, girl. … No other man can compare." 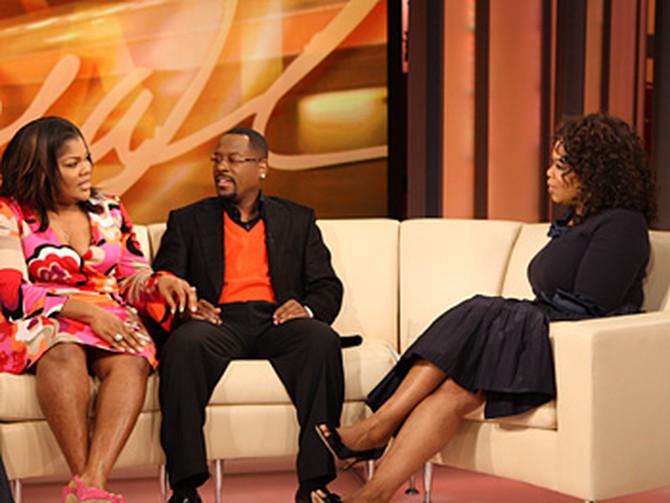 While all three actors had fun filming the movie, Mo'Nique says one of the best moments for her was when Martin generously offered her some invaluable advice about the business. "He pulled me to the side and he said, 'Listen, don't ever let them tell you what you can't have,'" Mo'Nique says. "Since that day, I've made some of the best deals I've ever made in my career because it keeps ringing in my head. … It will stay with me forever."

For Martin, giving advice to Mo'Nique was like passing along a favor he had received from previous costars. "Eddie Murphy did it for me. Bruce Willis did it for me. All these people coming up used to tell me things and give me advice," he says. "If you're successful in this business but you don't share and pass it on to others, you're just stifled. You're just there, you know?"
Published 01/28/2008
More The Oprah Winfrey Show
Leaders of the Freedom Rider Movement
James Frey: Five Years Later, Part 2
James Frey: Five Years Later, Part 1
Quints by Surprise Family Photo Album
Oprah's Questions for James
Ricky Martin's Mission
Reaching Out to the World
Debbie Reynolds' Hollywood Treasures