Reaching Out to the World 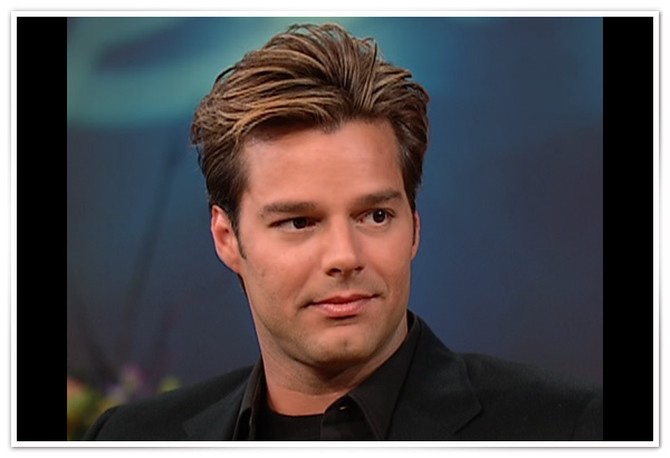 Ricky Martin's Rise
Ricky Martin skyrocketed to mega-star status with his number one hit, "Livin' La Vida Loca." This Grammy® award-winning singer sold over 55 million albums, and "Ricky Mania" was all the rage. Then two years ago, at the height of his success, Ricky shocked his fans by stepping off the stage. He decided to focus full-time on his true passion: saving children around the world.

"I needed to step out of the picture for a little while," Ricky says. "I needed to put things in order. I decided to [ask]: Who am I? Why am I here? What is my mission?"

Ricky built a hospital for the disabled in Puerto Rico, and is helping to rescue little girls in India from a life of prostitution. Today Ricky is championing a new effort for children who urgently need our help: the youngest victims of the tsunami. 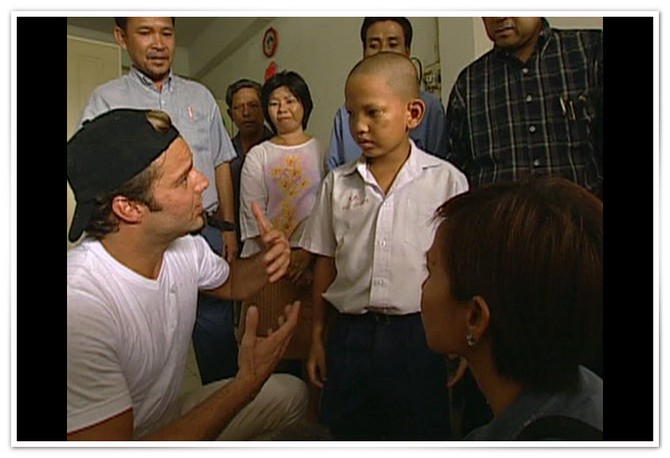 Ricky Martin's Work With Orphans
When Ricky decided to put his music career on hold, he made an effort "to go back to the beginning....I needed to be a child again," he says. "Life became too serious all of a sudden. It was all about a competition, about becoming the best and being the best, and that's not what life is all about."

Ricky headed to Calcutta, India, where his friend had started an orphanage. "I went and I had the opportunity to literally rescue three girls from the streets," Ricky says. "We started this project with one girl. Today we have 167 girls that we've been able to rescue from the streets." The difference is amazing: "They are studying. They're going to school. They're learning music. They're learning to become women."

But Ricky's mission didn't stop there. "I asked myself, 'What would have happened to these girls if institutions like this didn't exist?' That's when I found out about child trafficking," he says.

Ricky explains that, in fact, this worldwide $7 billion a year industry exists to "force children into prostitution, force children into pornography....They take advantage of the vulnerability of society to go on with their business. They sell the children for illegal adoption or for child molesters; for pedophiles."

Ricky Martin and the Miracle Baby
After the December 26, 2004 tsunami devastated communities throughout the Indian Ocean, Ricky flew to Thailand to do what he could to help. In the midst of so much gut-wrenching heartache, Ricky found a little miracle.

A baby, nicknamed Little Wave, was the last unclaimed orphan at a local hospital in Phuket. He was found abandoned in a park with a short note pinned to his blanket. "Please adopt this baby. I cannot afford to take care of him. His parents are missing because of the tsunami disaster at Patong. If you cannot adopt this baby, please take him to the orphanage adoption center."

Little Wave is a big local hero whose story is a beacon of hope to a community that has lost so much. But he is still not entirely safe from the danger of child traffickers.

Learn more about Ricky's work through The Ricky Martin Foundation at www.rickymartinfoundation.org. 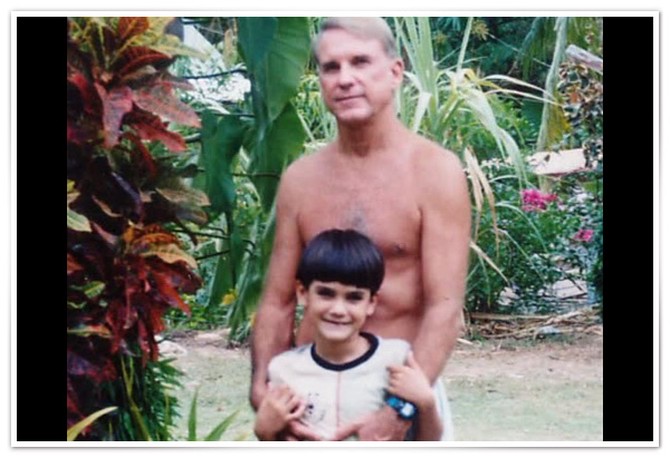 Richard Brassard and His Son, Cairo
One little boy who did not survive the tsunami was Cairo, who Nate Berkus met in Sri Lanka before the natural disaster occurred.

Richard Brassard was vacationing in Arugam Bay with his 7-year-old son, Cairo, and his girlfriend, Pong, when the tsunami hit. When the first wave came crashing in, Richard believed it was simply high tide. It wasn't until he was knocked down and covered with water that he knew something was wrong. As he grabbed a tree and saw the water quickly rising, he saw Cairo spin out in front of him. "I was going to dive in, and then he disappeared," Richard says. "I thought, 'He's so far ahead of me I'll never catch up to him.'

After a second set of waves receded, Richard and his friend Bandu searched for Cairo. Finally, Richard was told someone had seen Cairo's dead body at the end of the lagoon.

"I had this giant pain," Richard says. "It was like somebody punched me."

Bandu went to identify the body, and later Richard saw his son. "There were no cuts on him. He looked okay. And I talked to him a little bit. I cleaned his face. And I kissed him and told him I loved him. I wanted to spend more time with my son even though he was dead. I just wanted to look at him a little more. Touch him. But they wouldn't let me."

Richard says he doesn't know what he will do now. "My whole life was Cairo. That was my daily life. Everything I did was for Cairo. That was my future. He was not just my son. He was my best friend. My traveling companion. So I don't know yet. I just need to recover a little bit and then I'll think about what I'm going to do."

Learn more about the tsunami disaster from Nate Berkus and his fellow tsunami survivors. 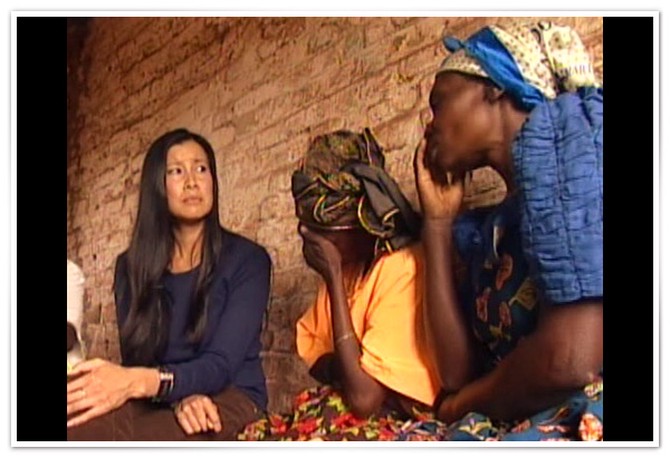 Lisa Ling Travels to the Democratic Republic of the Congo
As she often does, journalist Lisa Ling risked her life to tell us a very important story. She recently travelled to the Democratic Republic of the Congo to uncover what's been happening to women in the middle of this war-torn country. The country's most recent conflict stems from a struggle for resources and power, both among domestic and foreign interests—four million people have already been massacred. Lisa spoke to brutalized women in the village of Bukavu who are speaking for the first time in hopes the world will hear their voices. Every single day in the Congo, rape is used as a vicious weapon against women in this war.

"More than any other place I've been, life in the Congo can really be like living hell," Lisa says. "If you're a woman, you're constantly in danger of rebels who are hiding in the forest coming and attacking your village and gang raping you, possibly in front of your children." 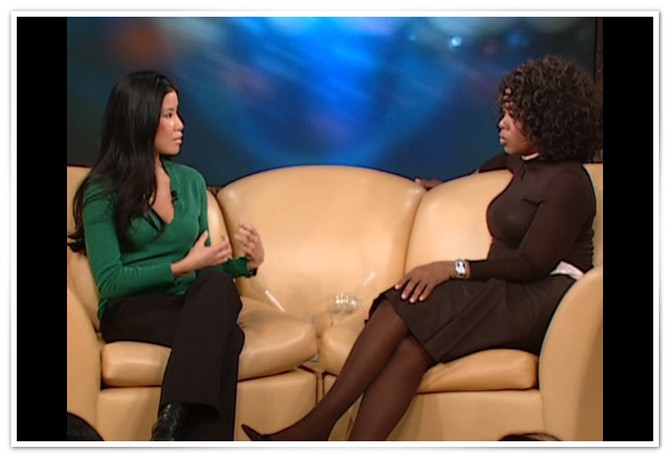 Lisa Ling and Oprah talk about helping the Congo
Lisa: Women in the Congo are considered "war booty," essentially. They are the ones who are suffering the most. The villages are attacked in the middle of the night by young soldiers. They violently rape the women. They've killed so many people already in six years. Four million people—and no one is paying attention. ... This is happening right now.

Oprah: It's happening right now. And I feel a responsibility that we have a voice to let people know what's going on, and to not to do that, I think, would be a crime.