Leaders of the Freedom Rider Movement 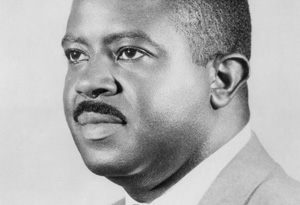 Photo: Getty Images
More than 400 Americans risked their lives during the 1961 Freedom Rides, but behind the scenes, a few visionary leaders offered guidance, protection and prayer. Find out more about these unsung heroes.
The Rev. Ralph Abernathy

The Rev. Ralph Abernathy was a key figure in the civil rights movement of the '60s and beyond. As the young pastor of First Baptist Church in Montgomery, Alabama, he and Dr. Martin Luther King Jr. were among the leaders of the 1955-56 Montgomery bus boycott organized in response to the arrest of Rosa Parks.

In 1961, the Rev. Abernathy's First Baptist Church was the site of the May 21 "siege" where an angry mob of white segregationists surrounded 1,500 people inside the sanctuary. At one point, the situation seemed so dire that the Rev. Abernathy and Dr. King considered giving themselves up to the mob to save the men, women and children in the sanctuary.

When reporters asked the Rev. Abernathy to respond to Robert Kennedy's complaint that the Freedom Riders were embarrassing the United States in front of the world, Abernathy responded, "Well, doesn't the attorney general know we've been embarrassed all our lives?"

On May 25, 1961, the Rev. Abernathy was arrested on breach of peace charges after escorting William Sloane Coffin's Connecticut Freedom Ride to the Montgomery Greyhound bus terminal, neither the first nor the last instance of civil disobedience in a lifetime of activism.

After Dr. King's assassination on April 4, 1968, Abernathy took up the leadership of the Southern Christian Leadership Conference (SCLC) Poor People's Campaign and led the 1968 March on Washington. The Rev. Abernathy died in 1990.