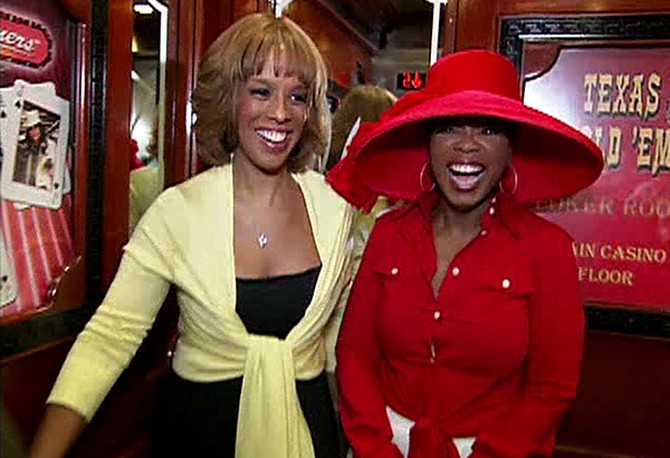 10 of 18
What happens in Vegas, stays in Vegas...until now! With only one night in Sin City, Oprah and Gayle decide to live it up with Hollywood's hottest "celebs" at an impersonators' convention. "Gayle and I are going to the convention impersonating ourselves—I'm going as Oprah Winfrey!" Oprah says.

Despite their best efforts, they didn't fool anyone...except an unsuspecting policeman. "A police officer looked at me and he goes, 'very good, very good'—meaning I was a good Oprah," she says.
Published 01/01/2006
PREVIOUS | NEXT
More The Oprah Winfrey Show
Westward Expansion
Flying Through the Plains
The Home Stretch
Road Trip All-Stars
Southern Belles
Oprah and Gayle Go to Yosemite
Our Favorite Oprah and Gayle Moments of All Time
Road-Trippers in Hobart, Tasmania