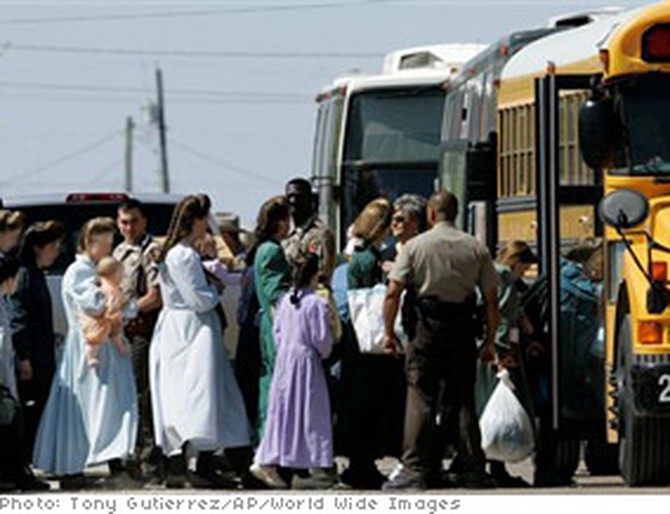 Days after the call, heavily armed authorities raided a polygamist community in rural Eldorado, Texas. After six days on the isolated property, state child protective services removed more than 460 children from their homes. More than 100 women presumed to be their mothers went with them. Of the more than 50 girls believed to be between the ages of 14 and 17, authorities say 31 were pregnant or had given birth.

More than 6,000 people are thought to be members of the Fundamentalist Church of Jesus Christ of Latter Day Saints, or FLDS. This religious sect believes the practice of polygamy will bring them true and lasting salvation.

In Texas, the children removed from the compound remain in state custody as the investigation continues.
Published 05/29/2008
PREVIOUS | NEXT
More Inspiration
Polygamy in America
Do You Want Fried with That?
Tour the Bush's Crawford Retreat
Talented Child Singers
Kody and Robyn Brown's Wedding Day
The 25 Campaign: Invisible Children
Memorable Mini Musicians
Jane Fonda's Life in Photos