The Difference Between the Mind and the Brain 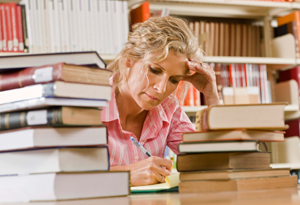 Photo: Thinkstock
In his last article, Deepak Chopra proposed that you need to look to the mind instead of the brain when it comes to treating depression. Now, he focuses on the relationships between the mind and God, love and psychology. Plus, why he thinks scientists need to research the importance of human consciousness.
In the wake of new research showing antidepressants don't work and that the brains of depressed patients don't seem genetically different from those of undepressed people, you have an opening to look at the mind with fresh eyes.

Depression is the smallest tip of a huge iceberg. The fad for focusing on the brain has overwhelmed science and society as a whole. It perfectly suits our materialistic belief system. As a result, science acts as if the mind is a fiction, a ghost or a superstition, very much like the soul. That is a straw man of the most obvious sort because how your life turns out depends very little on whether you believe in the soul—it depends a great deal on how you use your mind.

I realize this seems like an abstract or lofty debate to ordinary people. Brain or mind? It's all the same to them. But consider it a bit more deeply. If treating depression by looking inside was better all along, if popping millions of antidepressants was a dead end all along, what other issues might fit the same model?

Here are a few hot candidates:

These are three big topics, but the brain is also given primacy in many other fields, including emotions (more chemical secretions), relationships (an evolutionary holdover), morality, aesthetics, philosophy and spirituality in general (all of these fields are illusory compared to the brain responses that cause them). It's as if someone discovered the radio and declared, "Good, now we know where music comes from. We can ditch all this nonsense about composers and genius."

Why it's important to add the mind to the equation

More Inspiration
Deepak Chopra: How to Find What Makes You Happy
How to Live with Certainty in Uncertain Times
Ask Deepak: Struggling to Raise a Child with Disabilities
Deepak Chopra: How to Deal With Co-Workers You Can't Stand
Why What You Think Is What You Get
6 Mantras to Help You Bounce Back During Hard Times
13 Questions to Ask Yourself If You're Feeling Overwhelmed
5 Ways to Bring Yourself Back from Burnout