Oprah calls herself "the Queen of Reunions!" Look back at historic and heartfelt reunions from the past 25 seasons. 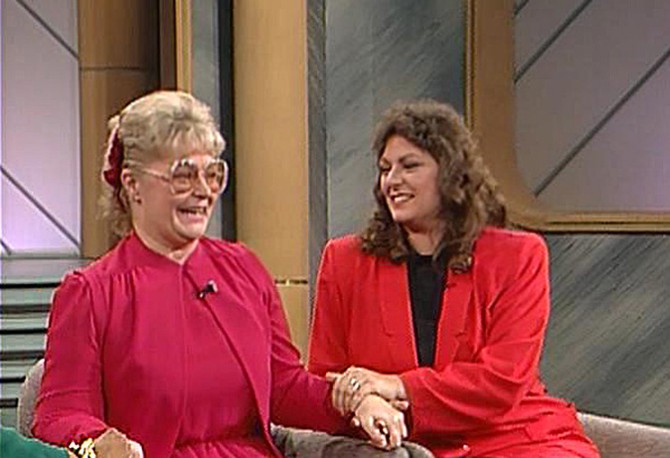 4 of 10
The Ultimate Holiday Family Reunion
Gillian received a priceless gift during a holiday show in 1991: She was reunited with her birth mother, Cindy. At the time, Gillian, who was put up for adoption, hadn't seen her mother in 28 years.

"It feels like I'm now a whole person, and I know that's hard for someone who hasn't been adopted to understand," Gillian said. "You just don't feel like a whole person until you know everything." Cindy was then surprised with two sons she hadn't seen in 20 years.
Published 04/18/2011
PREVIOUS | NEXT
More Oprah Where Are They Now
Your Favorite Season 3 Celebrities: Then and Now
Meet the Oprah: Where Are They Now? Team
13 Shocking Oprah Show Moments
WILDEST DREAMS WITH OPRAH®
Top 8 Oprah: Where Are They Now? Moments Countdown
25 Highest-Rated Oprah Show Episodes
17 Headline-Making Moments on The Oprah Show
Remember When?