The Sound of Music Trivia

Discover 11 behind-the-scenes secrets from the set of one of America's favorite movie musicals. 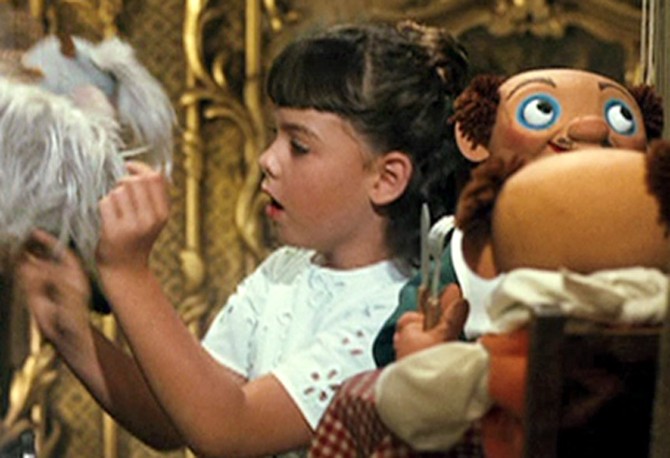 When Debbie Turner was 6 years old, she tried out for the role of Gretl but ended up being cast as Marta. 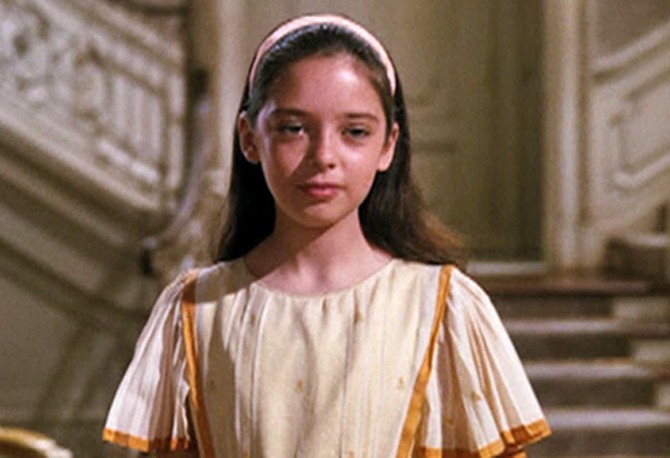 Angela Cartwright was initially asked to wear a blond wig to read for the role of Louisa. Ultimately, she was cast as a brown-haired Brigitta. 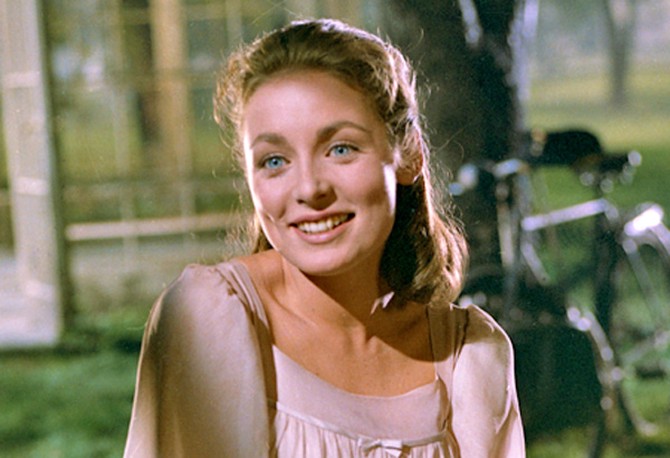 Charmian Carr wasn't exactly 16 going on 17 years old when she played Liesl. She was actually 21, and at the time, she says she had a huge crush on the actor playing her father, Christopher Plummer. "He was so perfect," she says. "He spoke with this perfect British accent." 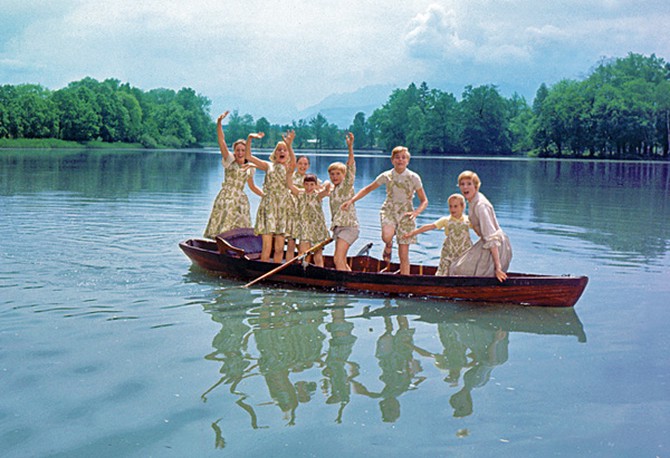 Kym Karath, the actress who played little Gretl, will never forget the day they filmed the rowboat scene. When the children toppled into the water with their governess, Kym was the only cast member who couldn't swim. "I was scared to death," she says.

Originally, director Robert Wise considered a stunt double, but Kym says he changed his mind. "Robert Wise liked things to be extremely authentic, so they asked if I would be a trooper, and I said yes," she says.

Julie was assigned to catch Kym as she fell out of the boat, but that was easier said than done.
"I went over the back of the boat," Julie says. "I've never done the breast stroke or the crawl or whatever it was so fast in my life."

Kym went under for a moment and swallowed a lot of water, which she says she then vomited all over Heather Menzies-Urich, the actress who played Louisa. 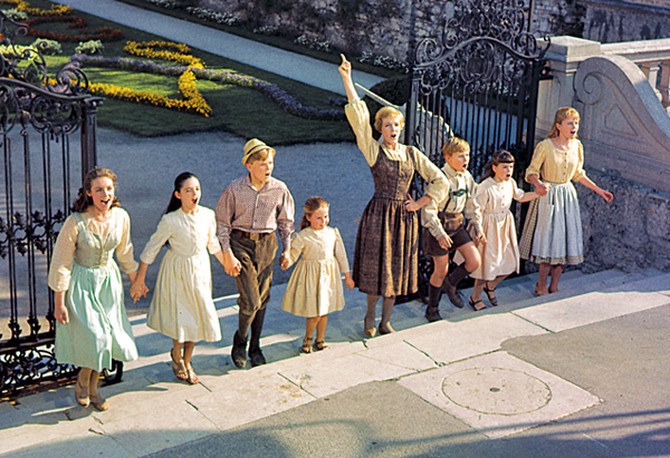 It took the cast take after take of "Do, Re, Mi" to get it right.

"Filming that montage was probably, for me, the quintessential moment of the film," Julie says. "I knew that at the end of the song that I would be climbing all those steps, and so I asked if I could do the huge octave leap and everybody said go for it. That's sort of how it came about." 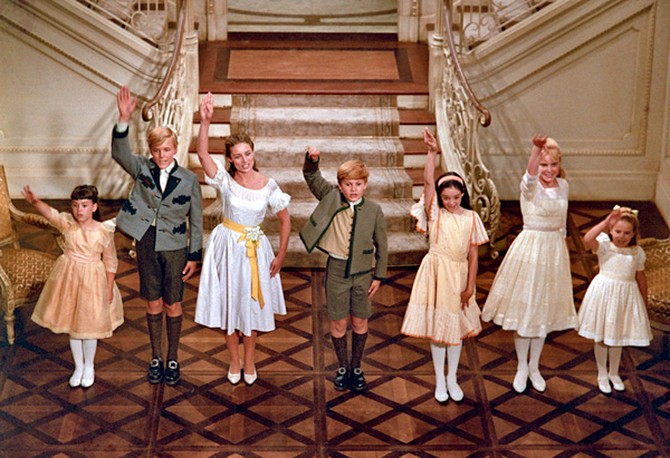 Growth spurts, especially among the boys, were a challenge on the set. Nicholas Hammond, the actor who played Friedrich, grew 6 inches in six months. 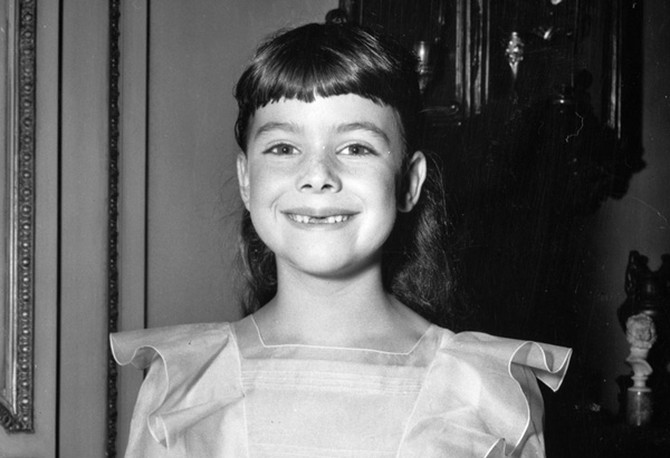 Growth spurts weren't the only problem. Debbie Turner, the actress who played Marta, and Kym both lost their front teeth during filming. 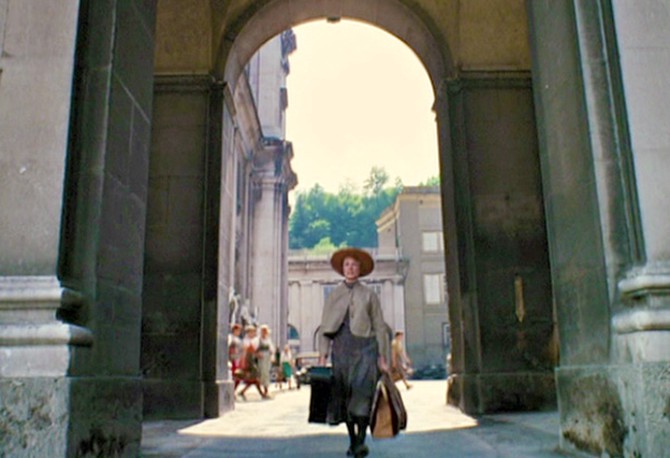 If you blinked during the "I Have Confidence" scene—when Maria is leaving the convent for the Von Trapp home—you may have missed a very special extra. The real Maria von Trapp, her daughter and granddaughter appear for a split second in the background. 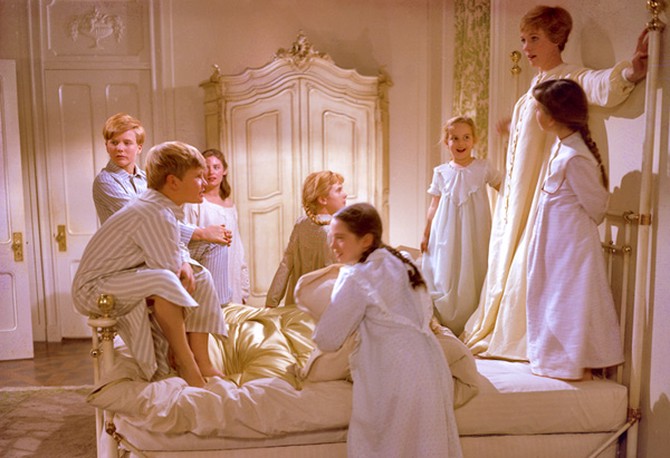 On the children's first day of filming with Julie, they shot the "Favorite Things" musical number. Julie gave the children a great first impression, even singing songs like "Supercalifragilisticexpialidocious" from the not-yet-released film Mary Poppins. "Mary Poppins hadn't come out, so we just thought she was a genius," Nicholas says. 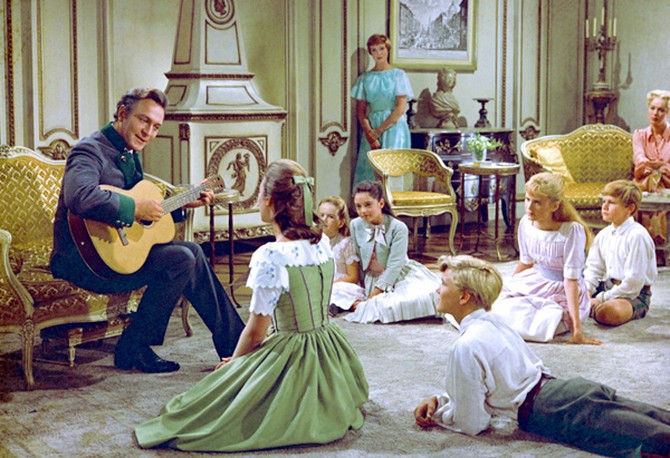 The last scene the actors shot—when the children are singing "The Sound of Music" for the
baroness—was one of the most emotional. "We knew that, when they said cut, the movie was
over for us," Nicholas says. 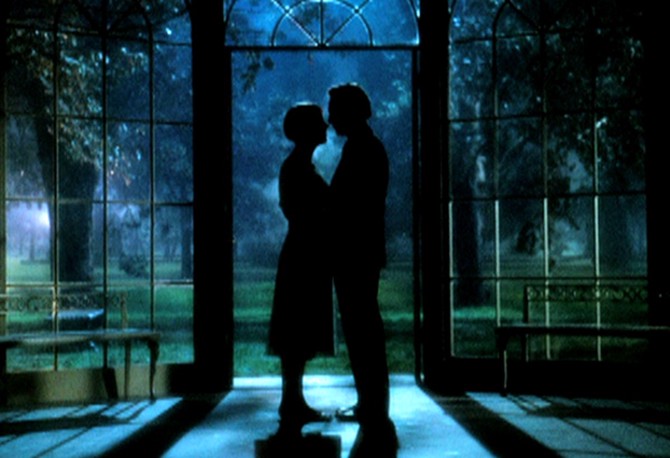 The on-set chemistry between Julie and Christopher was sizzling, and both actors admit that there was a mutual admiration. "I was in awe of this gentleman," Julie says.

Christopher says he fell in love with Julie while she was performing My Fair Lady on Broadway.
"I had a crush for forever," he says. "I had to stay arm's length—what am I talking about?—full length away from her. ... It was a bit like an awful tease."

More from the show
Where are the Von Trapps now?
The making of The Sound of Music
See what went on behind the scenes of the movie set