Visit two of Sydney's must-see spots with Oprah. Climb to the top of the Sydney Harbor Bridge and set sail in the harbor. 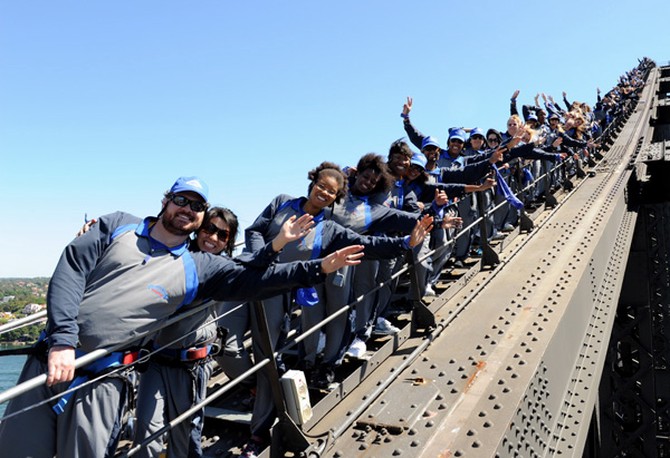 There's no better way to see the stunning Sydney Harbor than at the top of the iconic bridge, the largest steel arch bridge in the world.

Oprah, a nervous Gayle, the Harpo crew and Oprah Show Ultimate Viewers trek their way to the top of 1,200 stairs and set a world record in the process! With 316 people standing at the summit, this is the most people on the top of the bridge at one time...ever. The group is led by an expert guide, Mel, who's climbed the bridge more than 2,000 times. 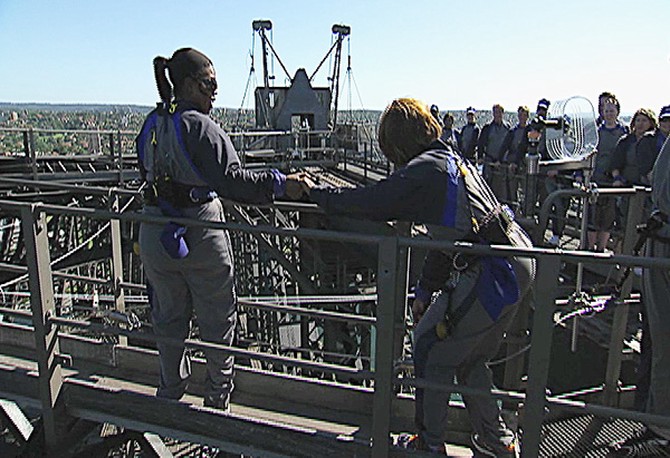 Once the 316 climbers get to the top of the bridge, a helicopter hovers overhead and takes their photo—after a 26-minute delay.

See how Oprah, Gayle and our Ultimate Viewers pass their time atop the bridge.

Although she keeps her cool on the trek up, Gayle holds onto Oprah for dear life while getting into position for the sweeping chopper shot. "Oh my gosh, you need Depends for that section," Gayle says. 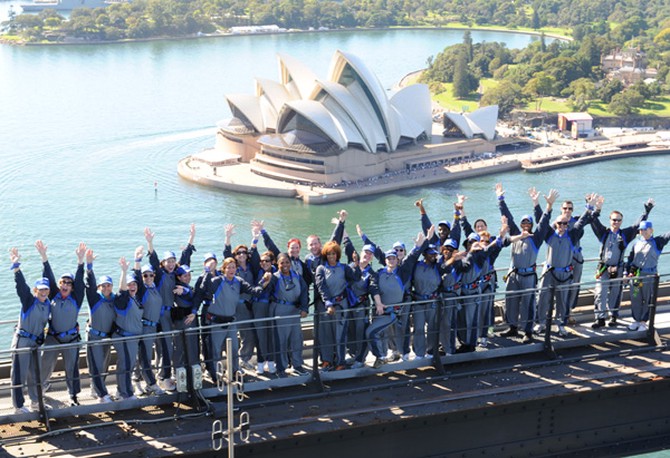 It took eight years and 39,000 tons of steel to build the Sydney Harbor Bridge. More than 2 million people have done this climb, including Prince Harry, Robert De Niro and Pierce Brosnan. While Oprah works her way to the top, she draws inspiration from one of her favorite poems, "Mother to Son" by Langston Hughes. "Life for me ain't been no crystal stair..." she says. Everybody made it to the top—world record broken! 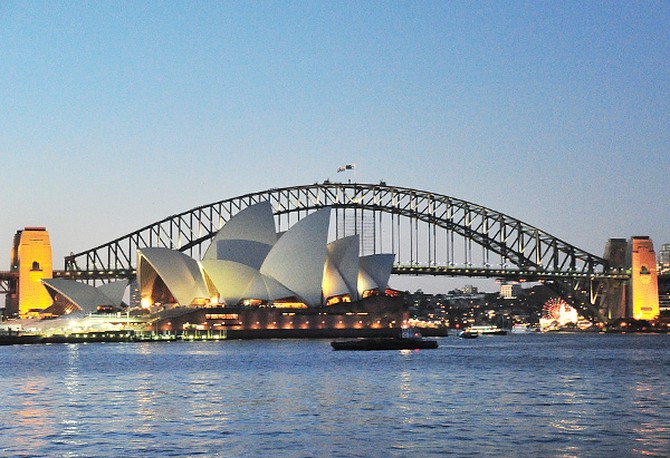 The Sydney Harbor at night is a must-see! Across the water, the Sydney Opera House and Harbor Bridge light up the sky. 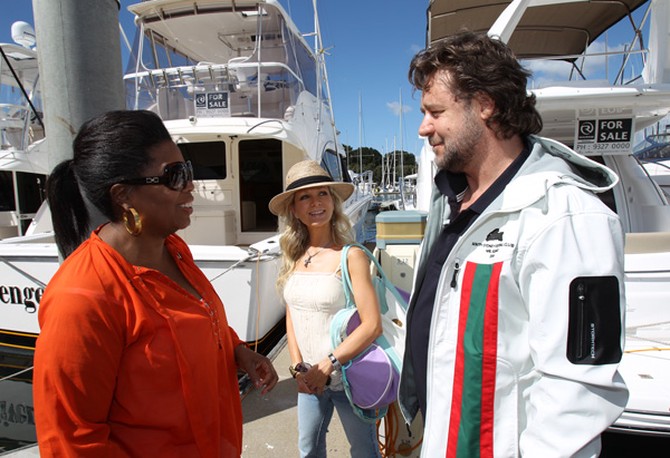 On another sunny day in Sydney, Oprah sets sail on the harbor with our Ultimate Viewers. During the first Oprah Show regatta, Oprah's first mate is none other than Oscar®-winning actor Russell Crowe! His wife Danielle climbs aboard their boat, the Eagle Rock, as well. 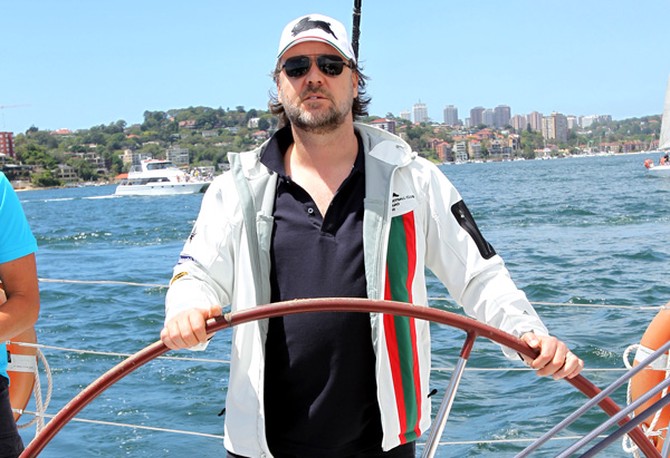 Russell mans the boat while chatting with Oprah about his family and how he met his wife. In 1989, Russell says he and Danielle met at a café in Peddington, Australia, and later married in 2003. Today, they have two sons, Charles and Tennyson. 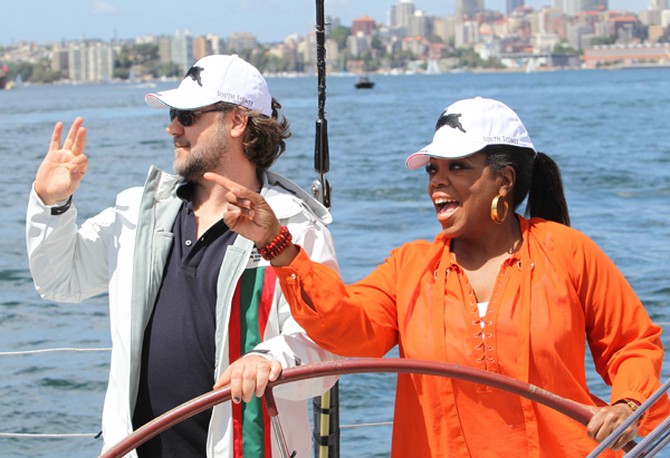 Co-captains Russell and Oprah wave to Ultimate Viewers in nearby boats. While aboard, Russell recounts advice Oprah gave him more than 10 years ago and how it's had an impact on him.

Gayle takes the helm—and gets awfully close to crashing into Oprah and Russell's boat! "Just stay in your own lane, love," Russell says with a laugh. 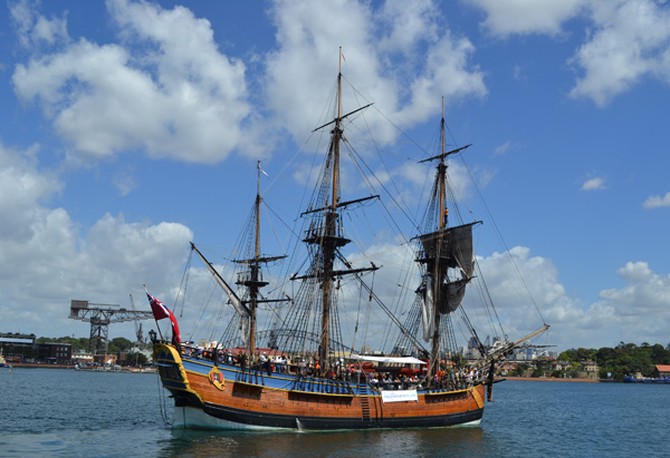 Some Ultimate Viewers sailed on this replica of Captain James Cook's famous ship, Endeavor. Captain Cook was the first European to reach the eastern coastline of Australia and the first to navigate around New Zealand. These charming boats give tours to visitors who want to relive Captain Cook's adventure. 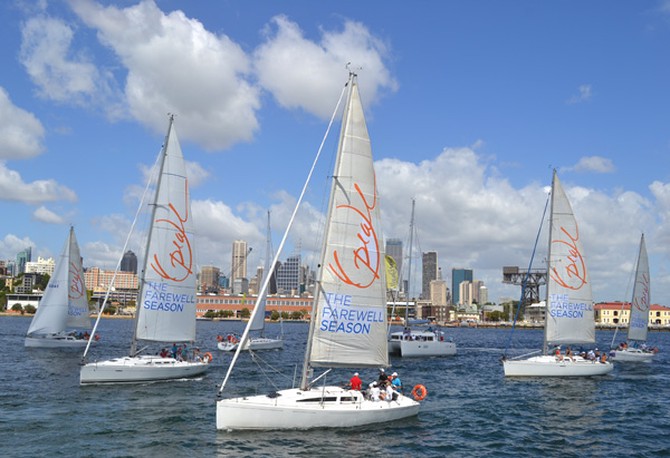 The sails on the Ultimate Viewers' boats were emblazoned with "Oprah The Farewell Season"—a detail that was not lost on Oprah.

"I had a moment [when the sails went up]. I am a girl who couldn't find my name on a key chain or a lunch box. If only I knew that God was saying, 'Baby, you don't have to worry about no lunch box. There's a regatta in Sydney with your name on a sailboat!'" Oprah says. "Wherever you are in your life, wherever you come from in your life...there's a regatta somewhere with your name on it!" 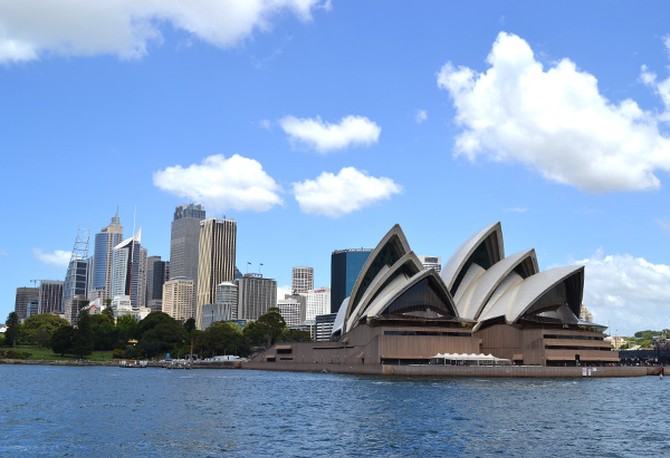 The view while sailing past the Sydney Opera House is simply spectacular! Designed by Denmark's Jorn Utzon, the roof's distinctive design is a set of interlocking vaulted shells, which some say were inspired by an orange peel.