We saved the best for the farewell season—the most fantastical favorite things ever! 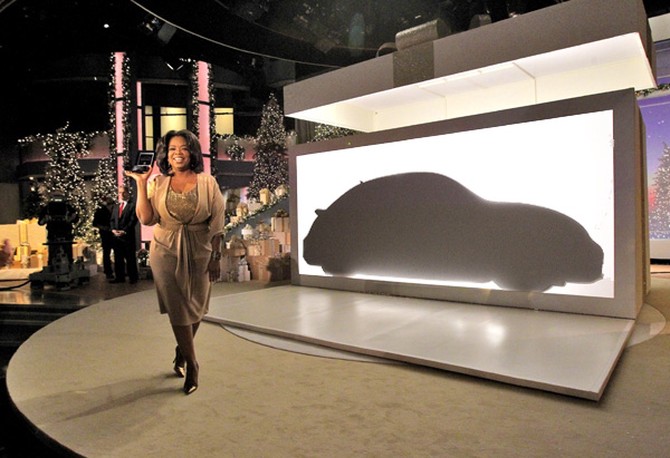 22 of 43
Volkswagen 2012 Beetle
Oprah personally owns a Volkswagen Beetle and says she loves to "toodle" around town in it. But this audience isn't receiving the classic model—they're getting the brand new, totally redesigned 2012 Volkswagen Beetle!

For only the second time in Volkswagen history, the iconic Beetle has been totally redesigned for 2012, inside and out. The project is so top secret, the only prototype of its kind was flown to Harpo Studios from Germany. No one outside of VW has seen the new Beetle, but Oprah was given special permission. "This is one powerful, sophisticated, sexy Beetle," Oprah says. "All of you in this audience will be the first people in the world to own one when it makes its debut next year!"