Oprah's Hair Through the Years 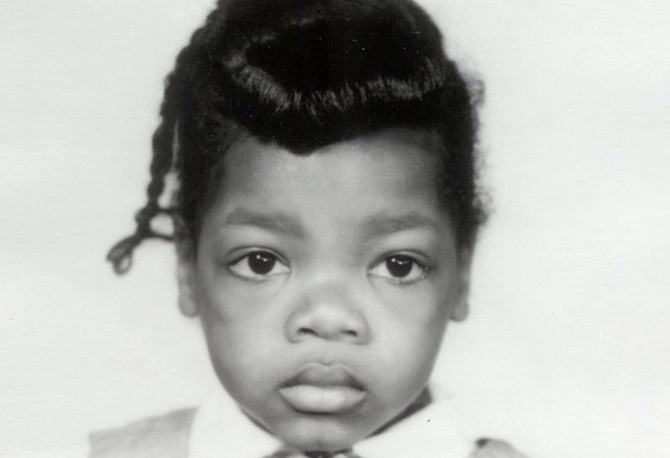 1956
At 2 years old, Oprah says she's not the only one who had this hairstyle. "Every black woman of a certain age will notice this. Notice the bangs aren't really cut?" she says. "They're rolled and tucked because in our generation, my grandmother would say, 'Your hair is your crowning glory.' You were never allowed to cut your hair. So I wanted the bangs like the little white girls had. But you couldn't have the bangs, so they would roll up your hair and then pin it so you could have a pretend bang. So that's a pretend, fake bang. That's why I look so sad."

Oprah as a young child. 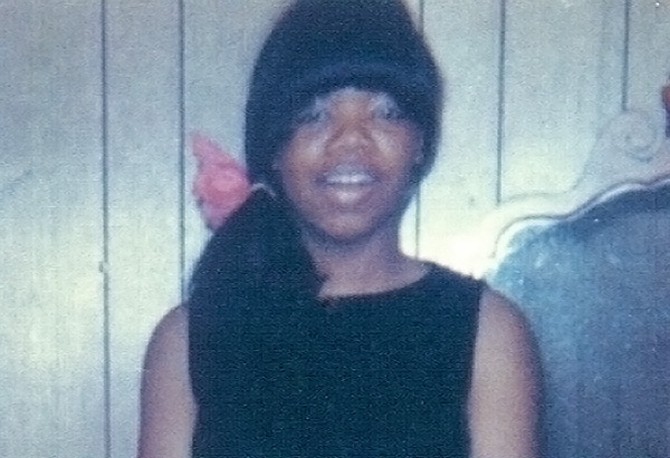 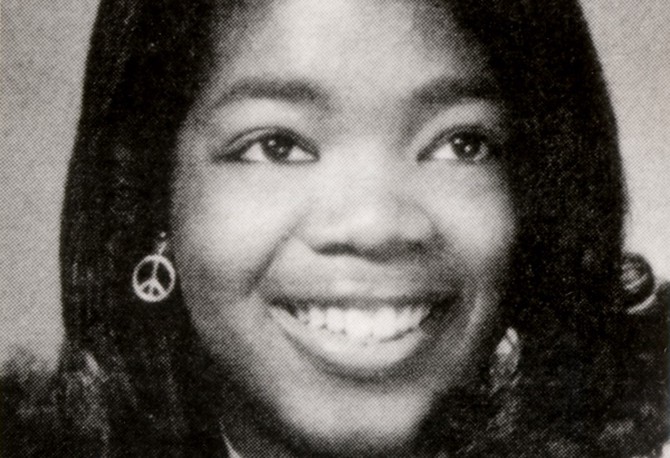 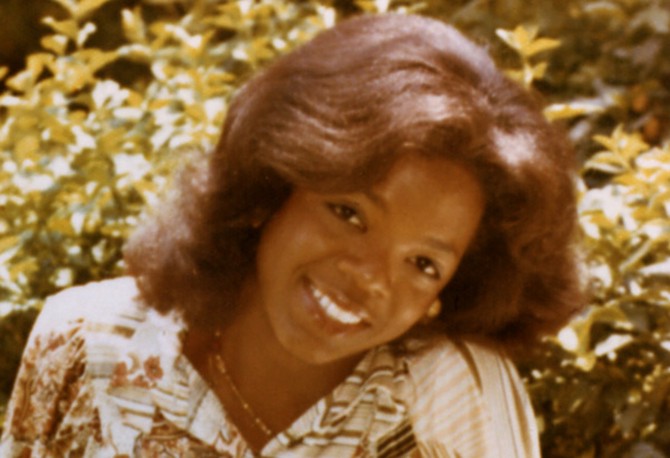 Oprah poses for a WLAC photo in Nashville. "That was my first job working in television," she says. "I could now afford a relaxer." 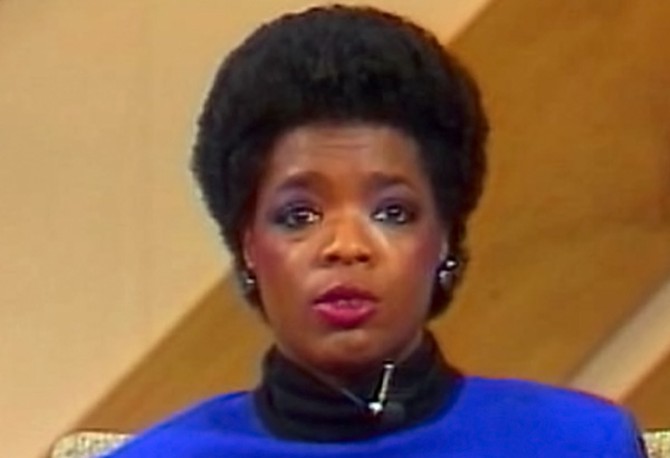 Oprah says she had a jheri curl in this do. "But mild jheri curl. I always said mine wasn't greasy," she says. 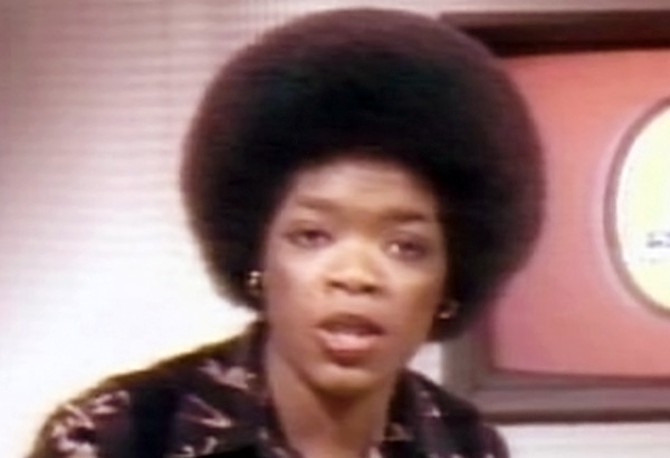 An anchor in Baltimore at the time, Oprah says she settled on this hairstyle after a bad perm made her hair fall out.

Watch her tell the story. 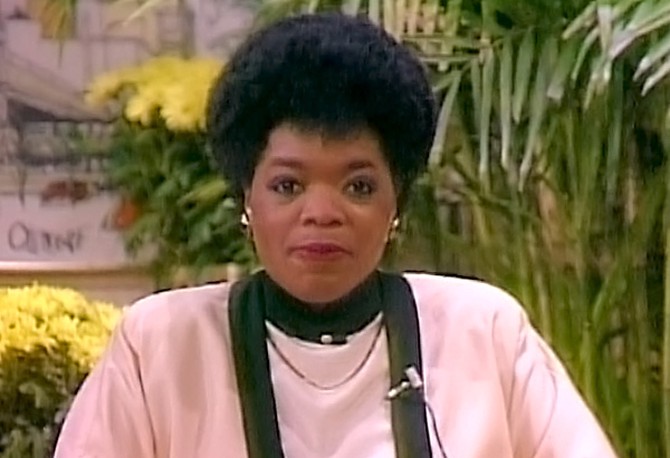 1983
This hairstyle helped get Oprah hired when she auditioned to host a Chicago morning show. 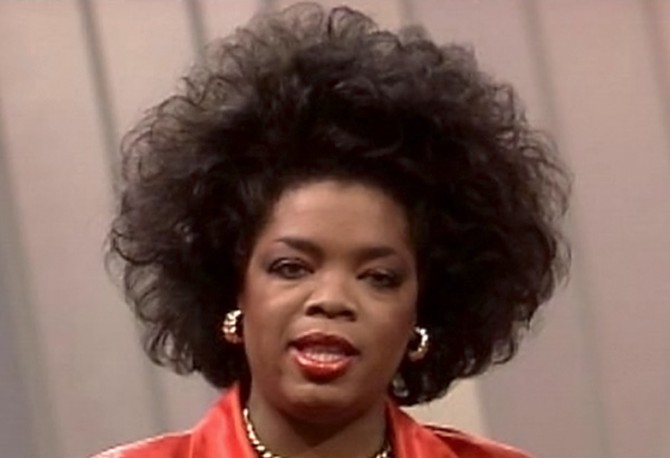 Circa 1986
Oprah says her longtime hairstylist, Andre Walker, was "experimenting" with her hair when she arrived in Chicago. 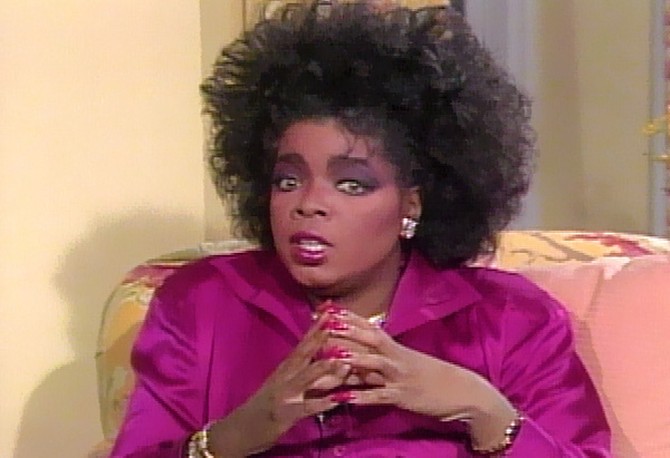 1988
Looking back over 20 years, there's only one interview that Oprah calls her worst: Elizabeth Taylor. "It's still painful to watch," she says, "For many reasons—including my bad hair."

Right before the interview, Liz asked Oprah not to ask her anything about her relationships. "That's kind of hard to do when you're Elizabeth Taylor and you've been married seven times," Oprah says. Liz's responses were so terse that Oprah couldn't help but tease, "You're so revealing—you just tell everything! I declare, you've got to stop talking so much, Ms. Taylor!"

"To her credit, she later apologized to me," Oprah says. One of the reasons why that interview seemed so painful is because Liz was in a lot of hip pain and back pain at the time. 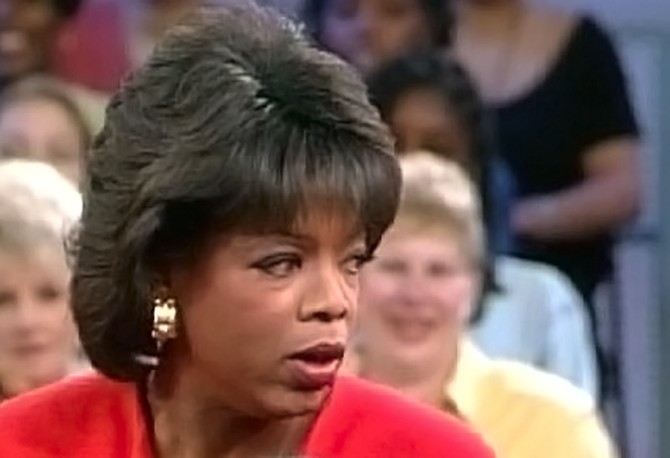 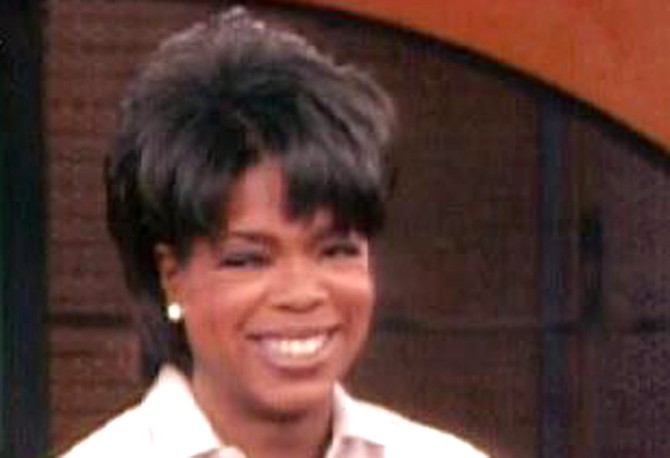 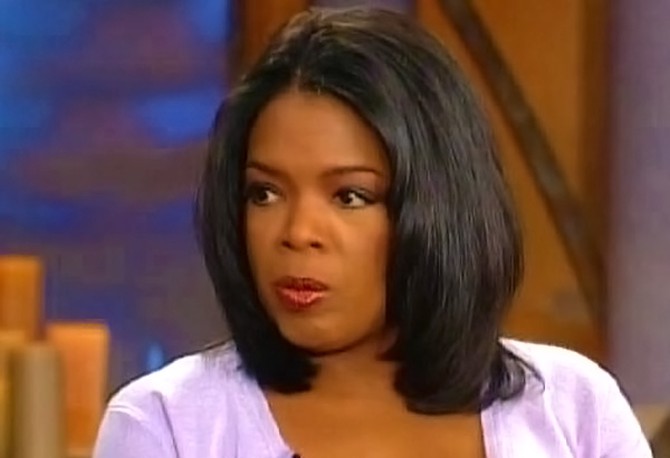 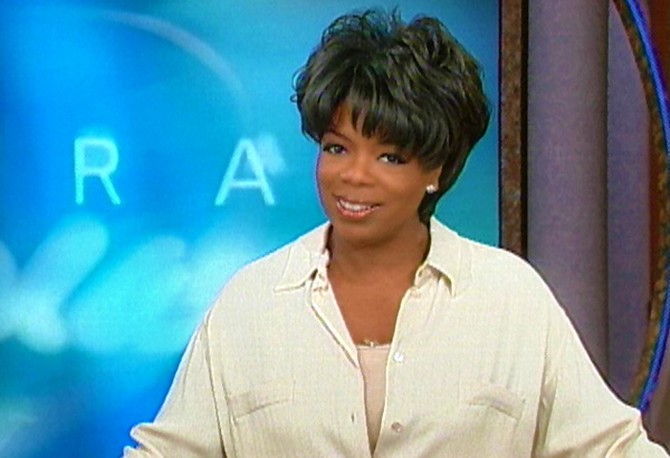 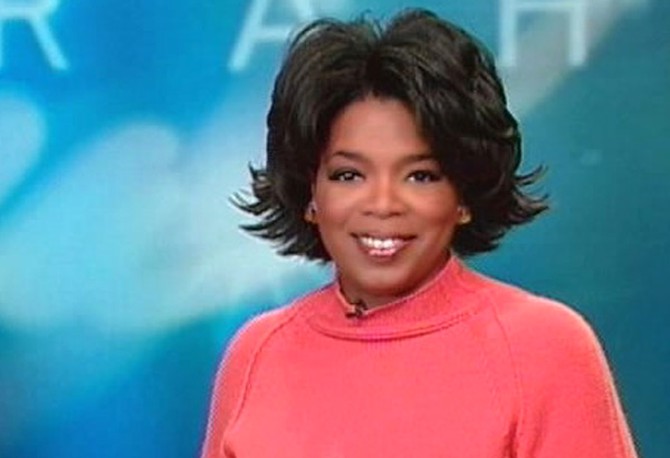 2003
Oprah's hair is longer and flipped up on the ends. 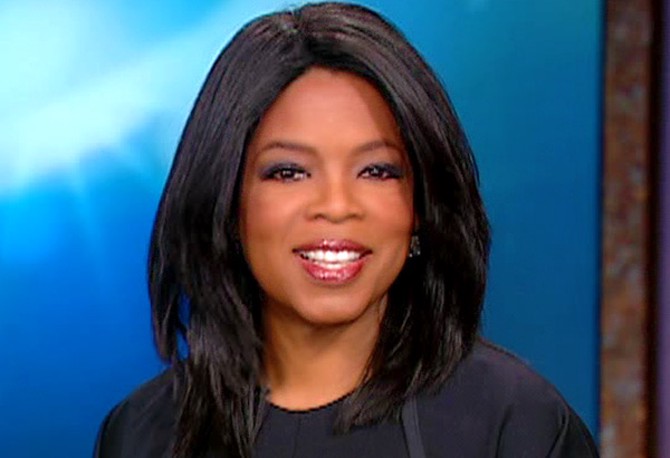 2004
Oprah's hair is shoulder-length and straight. 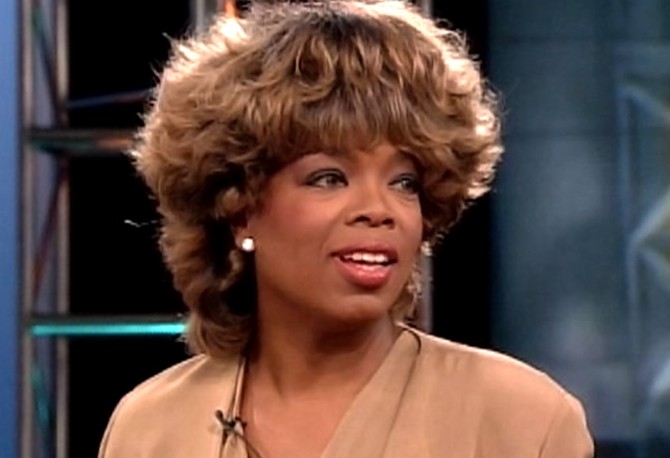 2005
Oprah channels her inner Tina Turner during the singer's appearance on the show. "I wanted to look like Tina wearing a wig," she says. 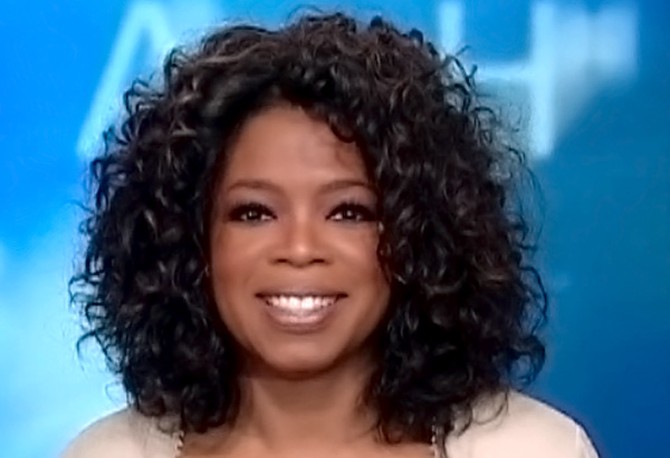 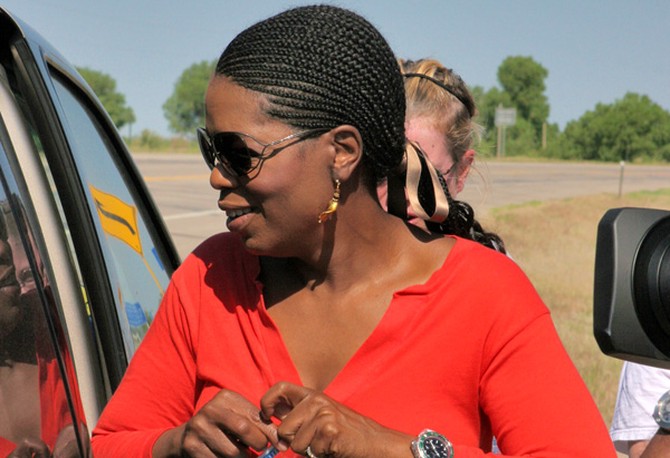 2006
Oprah wore braids during her cross-country road trip with Gayle. 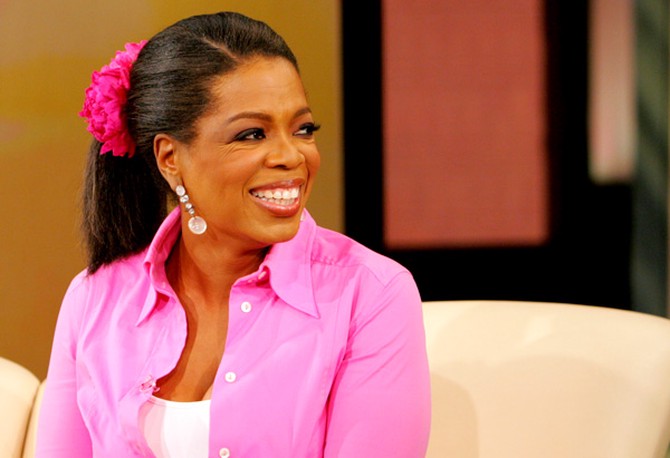 2006
Oprah wears her hair in a ponytail. 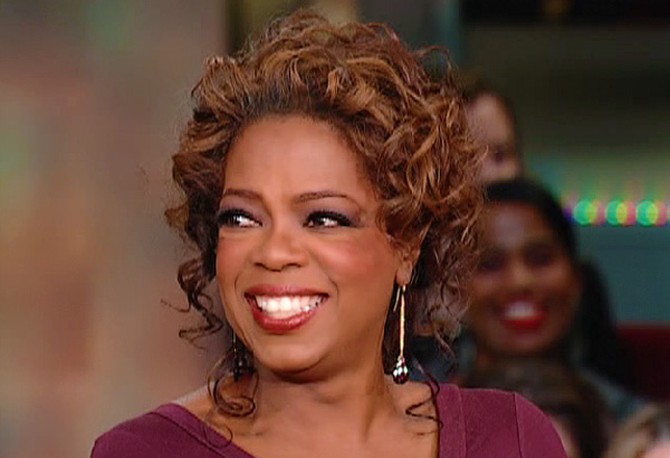 2007
Oprah pulls her hair back in a curly look. 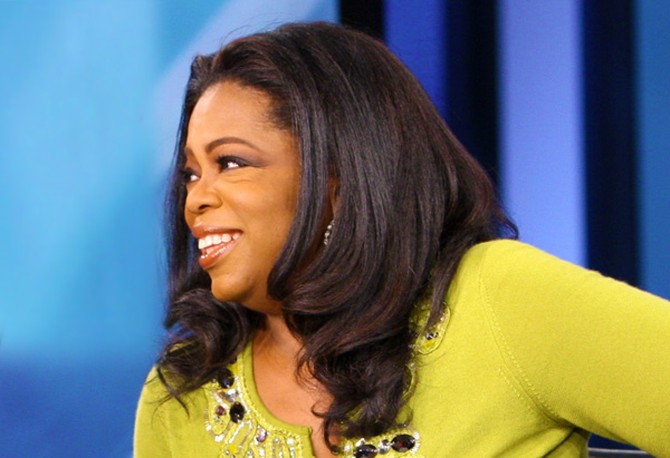 2009
During a taping with Chris Rock, Oprah wears her real hair. She credits Andre for helping her keep her real hair for 24 years. "In the summer, I braid my hair. I wear weaves. I've worn weaves on the show. I've worn weaves on the magazine covers," she says. "I have done pretty much all of it because in order to keep your hair, you can't put heat in your hair every day."

Watch Chris Rock's reaction when he finds out Oprah's hair is real. 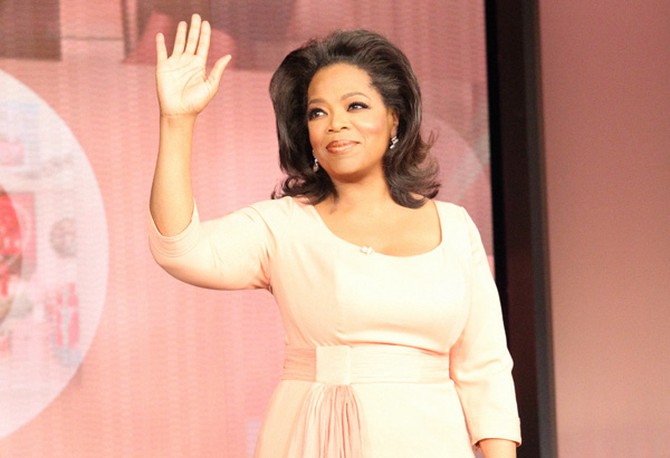 2011
Oprah and her hairstylist, Andre Walker, were wishing they had more time for this style to set before The Oprah Winfrey Show finale taping. We think it turned out to be the perfect look for Oprah to bid farewell.
Watch Oprah take her show stage for the last time. 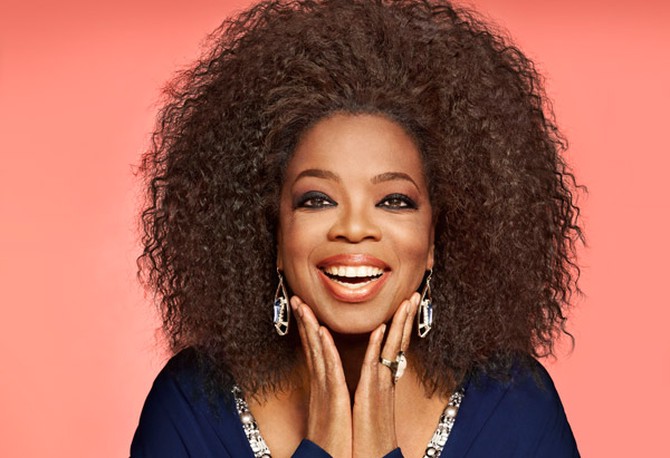 2012
Oprah appeared on the cover of O's September 2012 issue with an au naturel 'do that required no blow-drying or straightening. She says that wearing natural styles makes her feel unencumbered. 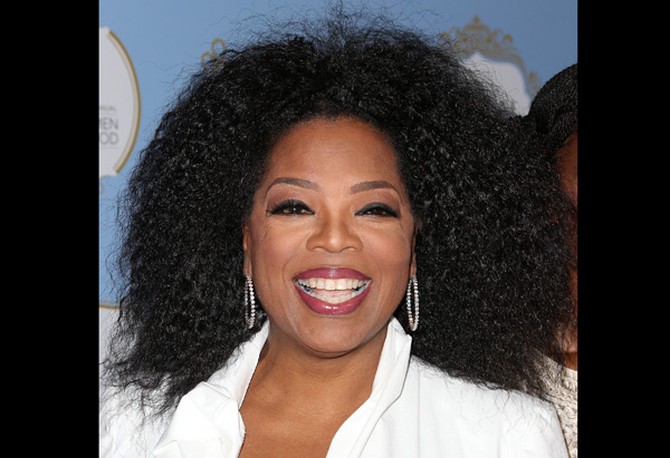