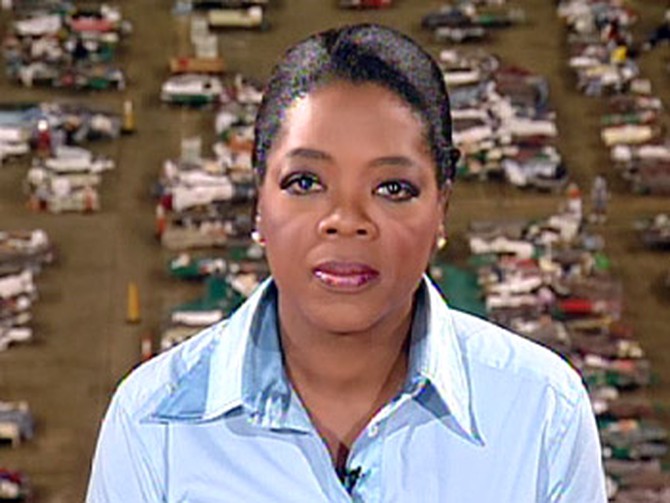 "As this catastrophe unfolded, I watched like all of you and I felt helpless and I wanted to do something," Oprah says.

"My first stop was New Orleans. America, I can tell you this: Even if you've been watching the news and reading the headlines, you have no idea what went on here. It is a travesty that is still unfolding. Nothing I saw on television prepared me for what I experienced on the ground." 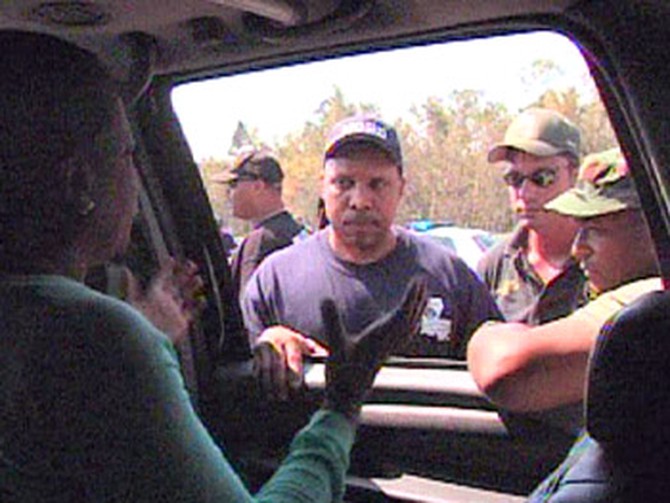 On the way into the city, Oprah was stopped by Eddie Compass, New Orleans's police chief. He hasn't slept in five days, his department is running ragged and at least 80 percent of the force is homeless. Just hours earlier one officer committed suicide.

"He escorted us into the city and said, 'Prepare yourself for the worst,'" Oprah says.

Chief Compass says he believes that there are easily thousands of dead people in the city. He is especially disturbed by what he saw inside the Superdome. The horrors there will haunt him the rest of his life. "We had little babies in there, little babies getting raped," he says. "You know how frustrating it is to be the Chief of Police knowing inside these things are being done and you don't have enough manpower to go in there?" 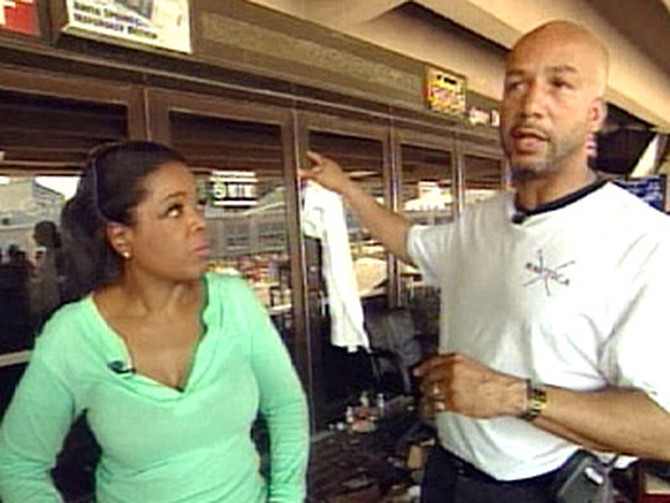 Oprah met with New Orleans's mayor, Ray Nagin, inside his makeshift headquarters in the scarred Hyatt hotel. His emotional appeal for help—a "desperate S.O.S." —remains one of the defining early moments of this crisis. "There's so much suffering," he says. "I think that's the part that bothers me the most. I understand hurricanes and I understand all that. But the story that I think is going to be amazing to America is the amount of people that suffered after. I just knew that this country, America—the richest country in the world—would not let Americans suffer. The state, with an $18 billion budget. How do you let your people suffer like this? I just don't get it. This should never happen again in this country. This is a travesty; this is unbelievable; this is inhumane. That Superdome, you wait 'til you see it...if you go in there. I don't advise you to go in there."

Both Mayor Nagin and the National Guard advised Oprah not to venture into the Superdome. They said the conditions were wretchedly unsanitary and unsafe, though thousands called it home just days before.

One of the best ways to see the epic devastation of New Orleans is by helicopter. The mayor and Chief Compass took Oprah on a Blackhawk ride to see how the deluge has swallowed everything: houses, trains, boats and cars. "While most of the people have evacuated, the signs of their desperation remain," Oprah says. "One of the things that I was most moved by was this 'HELP' sign written on the top of the roof." 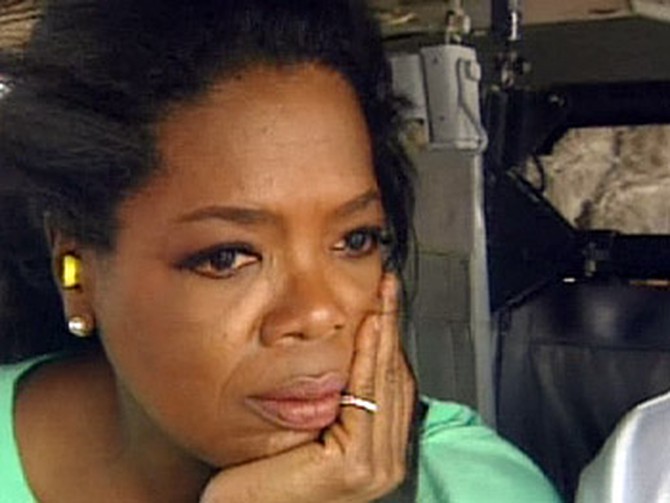 After her aerial view of the destruction that Hurricane Katrina has wrought, Oprah is stunned.

"What I realized that just has impacted me so strongly," she says, "is that for every one of those houses, there are pets and families and lives and going to school and waking up in the morning and all of the things that families do—that's now adrift. Just adrift." 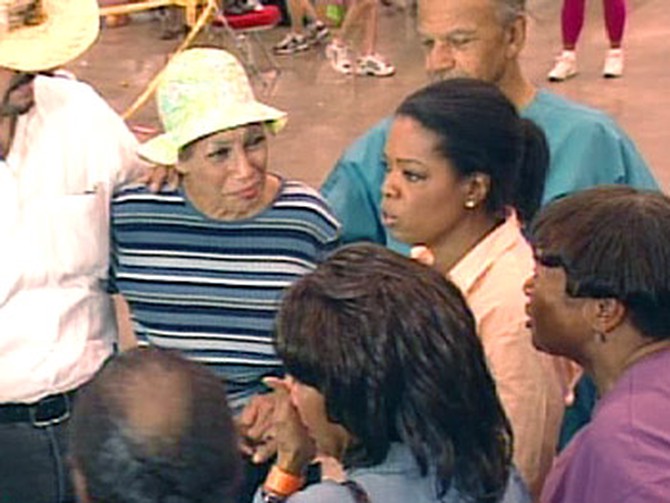 With more than 10,000 men, women and children seeking shelter inside the Houston Astrodome, there are 10,000 stories of survival. It's hard to even fathom what they've been through. Many are still desperately searching for missing loved ones. One Katrina survivor got a miracle right before our eyes.

Jean from New Orleans was stranded at the Superdome with her family. However, in the process of relocation to the Astrodome in Houston, they were separated and Jean did not know their locations.

Oprah had a surprise for her: "You know what? They're not only alive," Oprah says, "They are right here! They are here!" 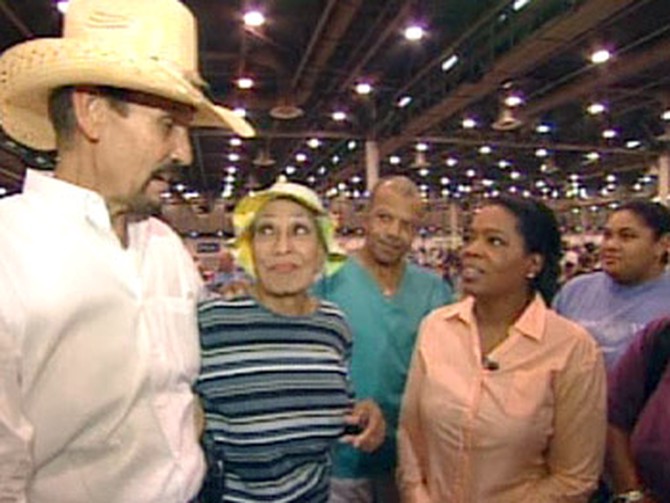 In difficult times, some show their true grace. One such person is Gray from Houston, who has more good news for Jean and her family. "Well, I have a house for these nice people to stay in as long as they'd like to if that's what they want to do," he says. "And I'm happy to try and help this one family. Help them, and I hope my brothers will do the same thing."

More about the Katrina catastrophe