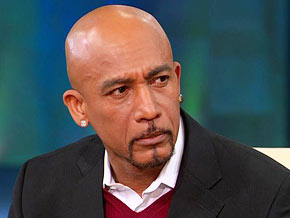 Every hour, someone in the world is diagnosed with multiple sclerosis (MS), a life-threatening neurological disease. Ten years ago, Emmy-winning talk show host Montel Williams was one of these people.

At first, this former Naval intelligence officer chose to hide his pain, but when a tabloid newspaper threatened to print his story, he decided to go public with his health crisis. Montel spoke about his diagnosis on his talk show, but few people knew how much he was suffering.

On set, Montel conducted interviews with poise. Then, during commercial breaks, he says he'd go backstage, sit down and cry because of the pain. "[I would] let it go, refocus, come back out and sit down, and do another interview with a person," he says. "I was doing that every day."

Published 03/17/2009
As a reminder, always consult your doctor for medical advice and treatment before starting any program.