The Best Thing to Eat In Every State

Vacation meals should be as glorious as your vacation. Our state-by-state guide is an invitation to savor the most delicious tastes near and far. 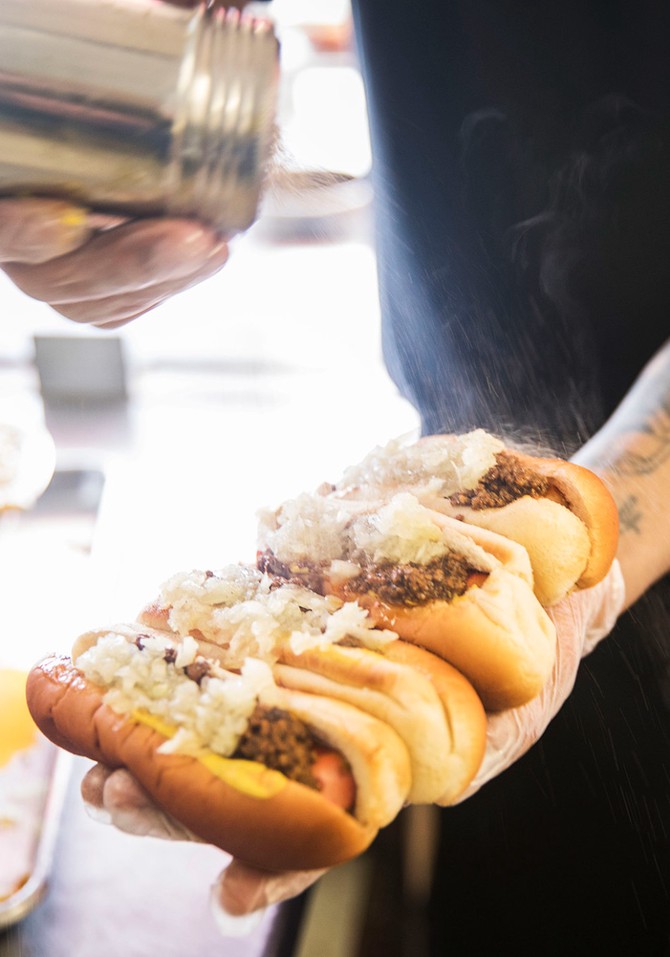 10 of 12
South Carolina
If you're in the mood for dinner and a show, head to La Cantina in Clarks Hill, where Chef Rusty cooks steaks to perfection in an 1,800-degree wood-fired oven, then shows off his ventriloquism talents with one of several puppets.... Hilton Head Island's Sea Shack may resemble a bait shop, but its offerings, like its succulent shrimp basket, will have you hooked. The Shack Attack Combo—a crab cake, flaky fish, shrimp, oysters and scallops as big as a toddler's palm—is fit for a king (Triton).

South Dakota
At Pheasant Restaurant & Lounge, a former gas station café in Brookings, the specialty is Dakota game—and has been for 60-plus years. For the finest example of their expertise, order the pheasant salad sandwich: chunks of ring-necked pheasant mixed with tart dried cranberries, pieces of sweet apple and roasted pecans, capped with melty Swiss cheese and stuffed between slices of subtly sour marbled rye grilled to ideal toastiness.

Tennessee
Walk into Alcenia's in Memphis and you'll likely find yourself in the arms of bright- eyed, apple-cheeked, perpetually grinning proprietor B.J. Chester-Tamayo, who greets patrons with a hug. The soul food spot, with its tomato-hued walls and folksy paintings, dishes out equally welcoming food. The belly-warming meat-and-three special includes a main of your choice, like fried chicken or baked catfish, plus cornbread or a roll and two vegetables that never take a backseat: B.J. is as famous for her bright collards as she is for her rapturous chicken and waffles.

Texas
Less than 20 miles from the Mexican border, Lourdes Pearson heads up an all-star Tex-Mex operation called Little Diner. She makes her masa dough on-site, so her gorditas—toasty pan-fried cornmeal pockets packed with fillings like ground beef, shredded cheese, veggies and sometimes a layer of guacamole—are the freshest and most fabulous.... The hip Austin beer garden Easy Tiger (above) has a choice waterside location; sit on the patio with a craft beer and a Hill Country meat and cheese board (which includes venison cheddar hot links and wild boar sausage) as you gaze at the serene Waller Creek.... For carnivores, few foods conjure as much enthusiasm as a muffuletta. The DiCarlo family's sumptuous version—piled high with salami, mortadella, ham, provolone and a chopped olive salad—at Jimmy's Food Store in Dallas is the platonic ideal (and it's even better after a night in the fridge).
From the July 2017 issue of O, The Oprah Magazine
PREVIOUS | NEXT
More Food
6 Gorgeous, Vintage-Inspired Foods That Will Impress Anyone
The Recipes Gayle King's Raving About
So You're Going to a Barbecue. Here's What to Bring
Oprah Talks to Jean-Georges Vongerichten
Pumpernickel Panzanella Recipe
5 Potluck Dishes That Go with Everything
5 Things You Should Never Put in Your Potluck Dish
Dig in! Our Favorite New Foods Around the Web