You don't even need a campfire to create these ridiculously delicious riffs.
By Lynn Andriani 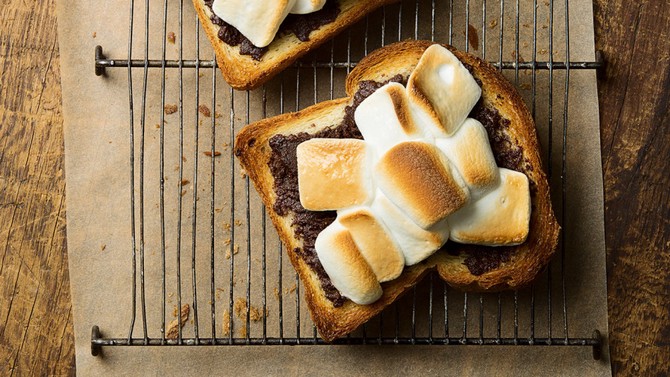 An Indulgent Slice That Could Totally Pass for Breakfast
As the toast trend surges on, chefs, cookbook authors and people who love breakfast for dinner continue to come up with inventive ways to serve bread with toppings. Raquel Pelzel, whose new book is called Toast: The Cookbook, has one we hadn't seen before: She takes a slice of charred bread, tops it with a homemade chocolate-hazelnut spread then a handful of quartered marshmallows and broils the toasts for a few seconds, until the marshmallows are golden brown. It's over-the-top luscious, whether you serve it with a morning latte or an after-dinner drink.

Get the recipe: Hazelnut S'More Toast 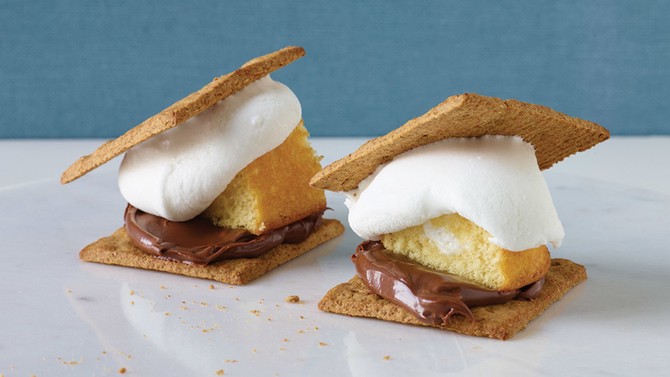 The Twinkie Hack for When You Want Dessert Right Now
This cream-filled s'more from the new, 85th-anniversary Twinkies Cookbook couldn't be easier or speedier to make. It's essentially a graham-cracker sandwich filled with chocolate-hazelnut spread, thin slices of Twinkie and melted marshmallow. You microwave a marshmallow-topped graham-cracker halve for a few seconds, just until the marshmallow is hot and melted (and will mingle happily with the Twinkie cream) but the cracker is still crisp.

Get the recipe: Chocolate-Hazelnut-Twinkie S'mores 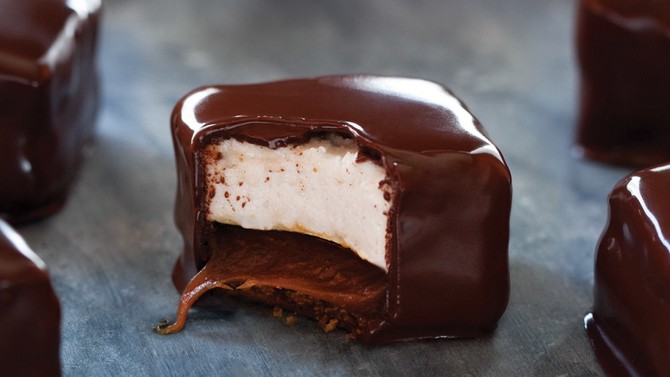 A Reason to Try Your Hand at Homemade Candy Bars
These decadent, chewy morsels from the Seattle chocolate maker Theo's new book, Theo Chocolate: Recipes & Sweet Secrets, are a new way to enjoy the three s'mores ingredients, all wrapped up in a handy chocolate bar. The recipe starts with a handmade graham-cracker crust (which is as easily made as basic cookie dough). You press the crust into a pan, bake, let cool then spread a layer of buttery, vanilla-infused caramel over it. Next comes the marshmallow blanket; and finally, once that's set, a dark chocolate wrap. You can make these sweets into candy bars or smaller bites; either way, they'll keep for up to three months, so you can have a taste of a s'more whenever the mood strikes. 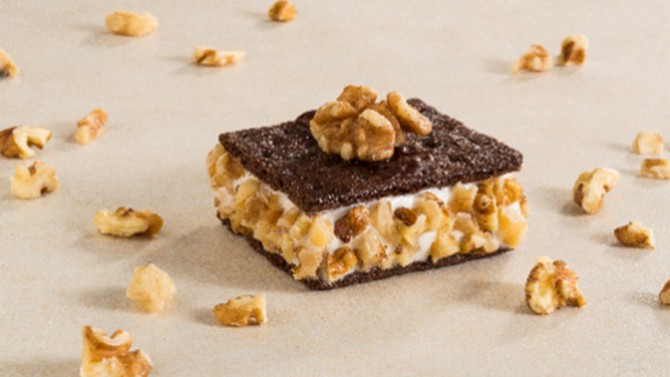 A New Way to Do Ice Cream Sandwiches
What this lightened-up frozen treat from chef Devin Alexander lacks in warm, gooey marshmallow it makes up for with creamy, Greek frozen yogurt and a crunchy coating of chopped walnuts. The yogurt is a smooth counterpoint to the crisp grahams. Bonus: You'll find a savory surprise in the form of a chocolate-dipped walnut when you're halfway through your cool sandwich. 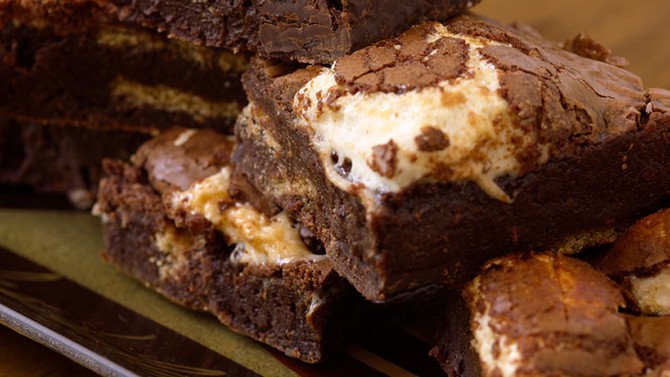 A Trick to Upgrade Already Amazing Brownies
We love the blank-slate approach to brownies, since it allows for creative variations (Reese's Pieces, anyone?). So the idea of spiking the batter with graham-cracker pieces and bits of marshmallow certainly speaks to us. If you're new to mix-ins, this is a great way to start, because the flavors are easy and familiar—not to mention insanely tasty.

Get the recipe: S'more Brownies
Published 08/06/2015
More Food
If You Make Only One Dessert This Summer...
The 2-Step Dessert You'll Be Bringing to Every Summer Party
How to Buy the People You Love a Book They Will Love
Our Best Summer Recipes Are Here!
You're Scooping Ice Cream Wrong
5-Ingredient-or-Less Summer Sides
Make-Ahead Appetizers for Every Summer Get-Together
Light, Breezy One-Pot Dinners for Summer Evenings