Attention, fans of pressure-cooking—or those who want to be. Whether you use an Instant Pot or another version of the appliance, we've got some can't-miss dishes for you (hello, tapioca pudding!).
By Lynn Andriani 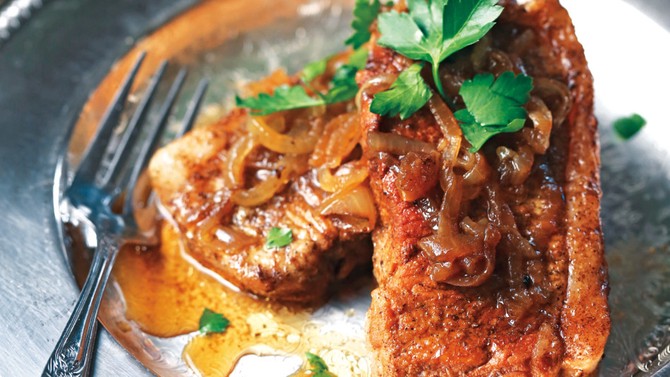 Finally: Pork Chops That Are Rich and Flavorful
Pork chops can often taste tough instead of tender—but Jennifer Robins, author of Paleo Cooking with Your Instant Pot, has found that pressure-cooking them yields juicy and delicious results, in just 15 minutes. It's the same principle that holds true for anything you cook in this impressive appliance: the sealed pot, packed with steam, builds up high pressure, so anything from pot roast to ribs cooks amazingly fast and stays moist. Robins' recipe also includes honey and balsamic vinegar, which give the chops a sweet kick.

Get the recipe: Honey-Balsamic Pork Chops 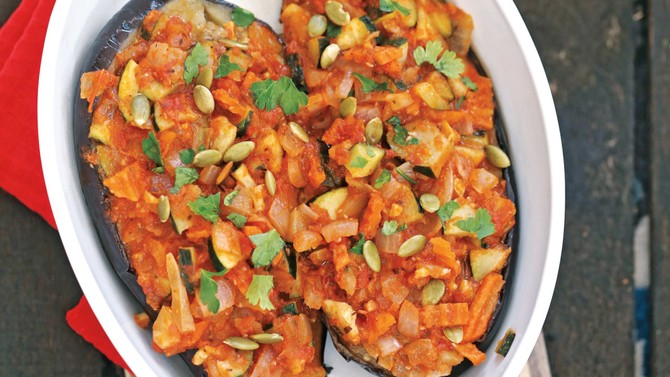 A Warm and Filling Veggie Entrée Even Skeptics Will Love
"Roasting" an eggplant in a pressure cooker may sound bizarre, until you try it. The intense pressure and heat quickly turn the vegetable's spongy interior soft and perfectly slumpy (before cooking, you cut the purple veggie in half and score its flesh with small cuts). It cooks in five minutes, versus the 25 to 30 it normally takes in a conventional oven. In this recipe, Robins has you top the cooked eggplant halves with diced and sautéed carrots, onion and zucchini, some marinara sauce and seasonings. It's a meatless meal with surprising heft.

Get the recipe: Veggie-Stuffed Eggplant 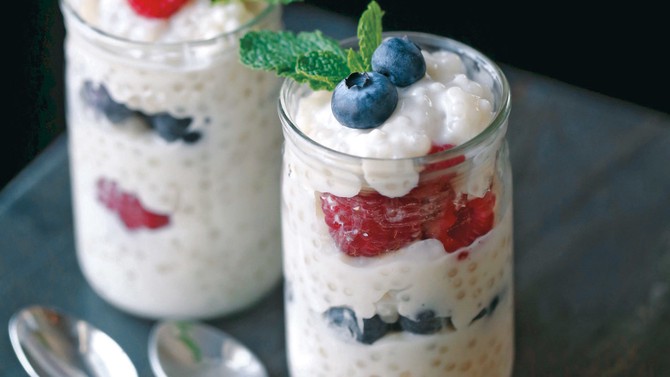 The Shortcut to a Throwback Dessert
Cooking classic tapioca pudding requires a significant amount of attention, with a lot of time spent simmering, stirring and tempering. Toss the ingredients into a bowl and pressure-cook them, though, and you've got an essentially hands-off dessert that's just as tasty as the original. Plus, Robins' version is even better for you than traditional renditions, since it's made with coconut milk and maple syrup instead of whole milk and sugar.