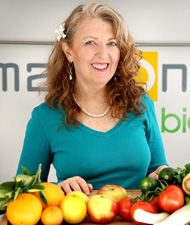 If I'm to think back to a memorable New Year's Day, there's one in particular that stands out. It was New Year's Day 1993, and I'd just read a lovely book I'd received as a Christmas gift, Betty J. Eadie's Embraced by the Light. It's a true account of her journey to the afterlife when she was pronounced clinically dead during a surgical procedure. In this book, she describes being taken by her "guides" on the other side and shown the true spirits of those who walk the earth—who they truly are beyond the facade that is the physical. In one part, she sees a beggar on the street in rags, but is shown that in fact he is a magnificent spirit who has made a deal with a kindred soul, a wealthy business man, to be there as a reminder of his humanity. I was deeply touched by her story and set an intention for my new year that I was going to strive to find the true spirit in everyone I encountered, regardless of the external appearance.

That very day, I got to put my resolution to the test as I boarded a crowded train going from upper to lower Manhattan to join the rest of the New Year's Day shoppers. Even though the train was crowded, there was one area, near a drunk man, completely empty for a radius of about four feet. When I caught the stench, I realized why, but I didn't let that deter me from what I saw as an opportune moment. I sat down next to him and started to try to engage in conversation. He wore about four coats, all in tatters, had several plastic bags of junk at his feet and seemed to be in a sort of drunken stupor, drooling down his chest.

As I tried to engage him in conversation, all I was met with was the occasional grunt. I persisted however, not being one easily defeated, and little by little, the man started to realize that someone was actually speaking to him. I asked him if he had made any resolutions and interpreted his grunts in response to mean, "I've already broken them." I asked him if he had any family, and that seemed to be the key to get through his many layers and elicit a coherent response. He told me he had a son and a daughter who were not so proud of him but that he loved them very much.

I have to say that the conversation that ensued is one that's left an indelible mark on me. As we continued our conversation, little by little the man perked up and he ended up telling me all about his children and the life he once had. At one point in our conversation, he looked at me with such sincerity and asked me, "Is there anything I can do for you?" I told him that I could use some more clients in my work, and he took a tattered little notebook from his pocket and scribbled down a number for me to call. He said it was a gentleman he worked with on Wall Street back in the day who he still kept in touch with occasionally and that I should call him and he would help me out. When it came to my stop, my friend followed me from the train and walked me down the street in a very protective way. He advised me to be careful in Manhattan and when we parted ways he shook my hand and told me I was a lovely girl. I told him he was a very nice man and that he should remember his New Year's resolution and strive to make his children proud. He promised me he would and sidled off into the crowd. I never did see him again, but that man touched my life and reminded me that inside everyone lies a beautiful jewel and a unique story.

How to visualize a better you in the new year