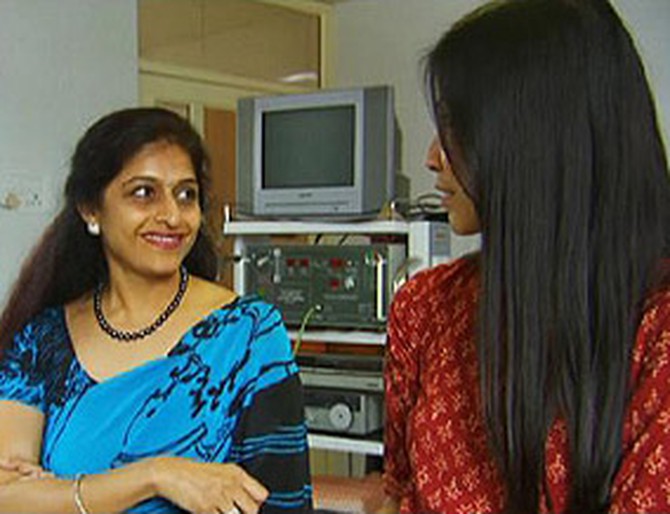 2 of 11
After years of frustration, Jennifer and Kendall came to the realization that they would have to consider other options. "We were looking into surrogacy in the United States but we just couldn't afford to do it," Jennifer says. Just when they thought all hope was lost, they came across an article online that opened up another world of possibility.

At the Akanksha Infertility and IVF Clinic in Anand, India, couples from as far away as Germany, Canada and the United States can hire surrogates for a fraction of the cost as in the United States. Clinic director Dr. Nayna Patel says their success rate in 2006 was a very high 44 percent—which gives new hope for couples struggling to start a family.

Dr. Patel says couples in her program—the waiting list is 250 to 300 couples long— fly to India to get the process underway. First, the medical team extracts eggs from the mother. Then, using sperm from the father, Dr. Patel and her staff create embryos which they implant into the surrogate.

After implantation, the surrogate mother remains at the clinic for 15 days so the staff can monitor her progress and determine if she becomes pregnant.
Published 01/01/2006
PREVIOUS | NEXT
More Inspiration
Get Fit, Give Back: The Benefits of Volunteer Coaching
Hiding in Plain Sight: Inside the Life of an Undocumented Immigrant
"I Will Never Know Why"
The Rapist in My Bedroom...