Mom on a Mission 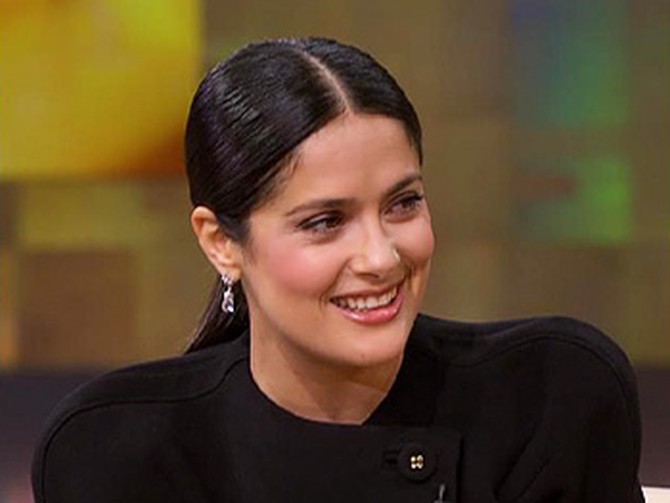 At age 41, Oscar®-winning actress Salma Hayek says she is starring in the role of a lifetime—as a first-time mother to her daughter, Valentina Paloma.

Salma says 41 was the perfect age for her to have her first child. "It's a little nerve-racking to wait that long, but it's the best time to have it because you've done so many other things in your life. You just get it out of your system, and you can really relax into being a mother, which is the best thing that can happen to you," she says. "If you're 23, you don't know this because you think you have to do so many more things. But if you already did them, then you can really focus and enjoy every minute of it." 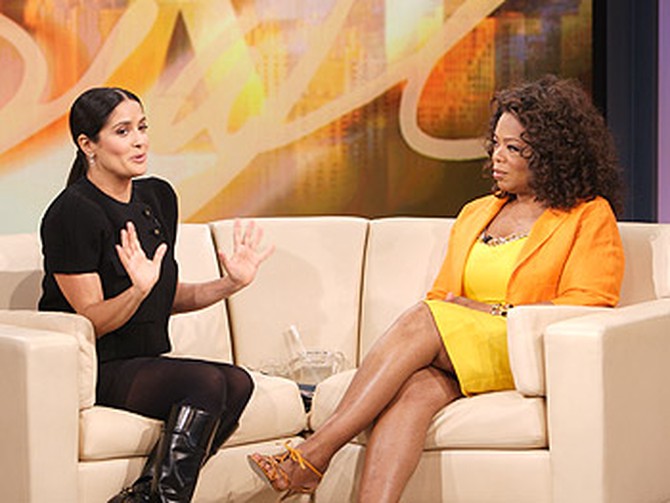 Salma says when she first found out she was pregnant she initially didn't care about the sex of her baby and was more worried about how she'd do as a mother. "Then I remembered how hard it is to be a woman," she says. "And I chickened out, and I said, 'Oh, my God, I hope I get a boy.' Because I just think they have it easier."

At first, a doctor told Salma she was going to have a boy. Later, she learned she was actually going to have a girl. Salma says she then realized that she'd wanted a girl all along. "I remember when they told me it was a boy I was a little disappointed. So I think I really wanted a girl or I knew it was a girl. And then when she was born, I was so happy," Salma says. "Having a girl is the best."

Salma says she picked the name "Valentina" for her daughter because it means "courageous one" in Spanish. "Then, one night, I got really nervous that she was going to be like a revolutionary," Salma says. "And I said, 'I better compensate with another name that's a little softer.' So I named her 'Paloma,' which means 'dove' in Spanish. She's a 'courageous dove.'"

Does Salma spoil Valentina Paloma? "She is so spoiled," Salma says. "And I will not apologize for it." 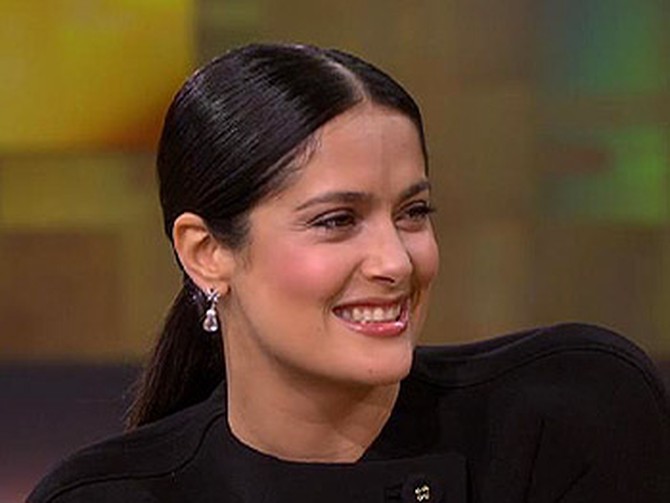 During her pregnancy, Salma says, she gained a lot of weight and developed gestational diabetes. "The pregnancy was really difficult for me. I thought, 'As soon as this baby's out, I'm just going to lose all the weight superfast because I'm going to breast-feed, and everybody tells you if you breast-feed, [the weight] is going to come off,'" she says. "It's a lie; It's not true."

Salma says her main concern is not in losing the pregnancy weight quickly, but rather doing it a way that's healthy for both her and Valentina. "There are shortcuts, but it's not good for the baby," she says. "So I'm taking my time. I've lost a lot—most of the weight—and I'm very proud of it because it's been really hard work studying what can I eat that's healthy. But I'm still losing, even if it's slow. … And the rest is going to go when it's time to go." 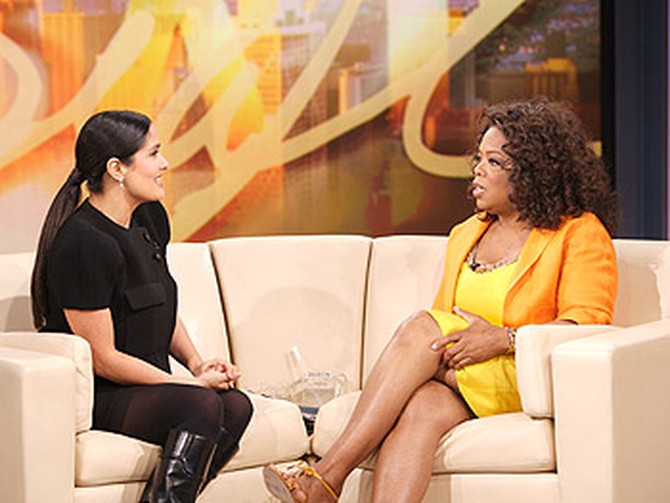 When Salma got engaged to French businessman Francois-Henri Pinault, she says they initially had every intention of getting married after a traditional engagement. "I thought I was going to have to work really hard at getting pregnant because of my age, but then I just got pregnant," she says. "After I got pregnant, I don't know why, [but] the [ceremony] part of it is not necessary because we have such a huge commitment for each other. I don't know that we have to go through the rituals."

Salma says she likes that she and Francois-Henri are still engaged, not married. "[Men] have to work every day to continue to keep you wanting to marry them," she says. "They have to work at it a little bit, so it's sort of sexy. I know people, once they get married, something happens, and I don't know what it is, but something happens, and then they are not as in love with each other."

Salma and Francois-Henri have a unique relationship—they are based in different cities and spend most time separated by an ocean. Still, Salma says they see each other often. "Every time he comes, it's an event. And every time I go, it's the same and it's so romantic and it's so exciting. And the time we spend together, it's 100 percent quality time. And then the time we're not together, I have 100 percent quality time to my baby, to myself, to my career," she says. "So for us, it works. Now, it's not an open marriage. Nobody think this is too modern and don't get the wrong idea—the level of commitment is exactly the same." 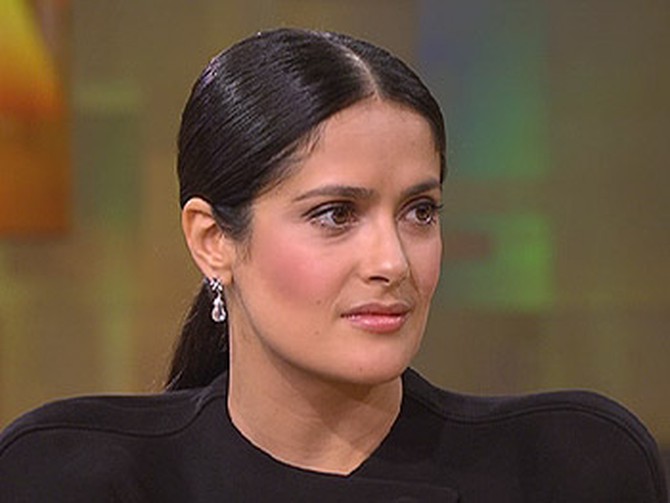 Not only is Salma an award-winning actress, primetime television producer and a new mother, she's also a big giver. She is working to help eradicate tetanus, a disease caused by deadly bacteria that enter the body through open wounds.

In developing countries with unsanitary conditions, tetanus is often transmitted during childbirth and infects both mother and child. The infection rages through the body like a powerful poison, and it leads to a swift, painful death in almost every case. These deaths can be prevented with a vaccine that costs just 5 cents per shot.

Salma is helping Pampers promote their just-launched One Pack = One Vaccine program. Each time someone purchases a pack of specially marked diapers, Pampers will donate one vaccination shot to UNICEF to fight tetanus in 12 countries. "What I love about this program is that it's so simple and everyone can participate," she says. "UNICEF has been working already on this, and they've been very successful with this program. They've eradicated the virus from many different countries, and now they are focusing on practically the last 12."

The One Pack = One Vaccine program is crucial to protecting the lives of thousands. "Every three minutes, a baby dies with horrible pain. During this interview, so many have died and suffered so much from it. And it's preventable," Salma says. "The goal is that there will be zero deaths after this—zero deaths in these 12 African countries."