A New Day for America 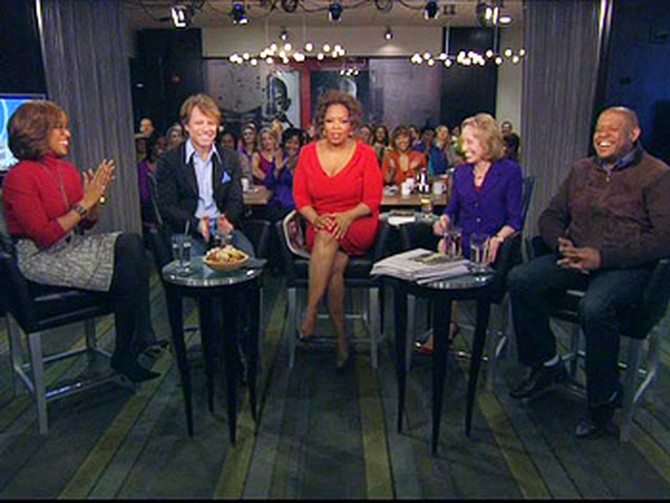 Take a virtual tour of Art and Soul.

"Abraham Lincoln's inauguration, FDR's inauguration, LBJ's—there was nothing like this," Doris says. "People are going to be writing about this a hundred years from now."

Oprah says Forest captured the essence of the moment best in an e-mail he sent her at 2 a.m., just a few hours ago! "The light of a new age is here," he wrote. 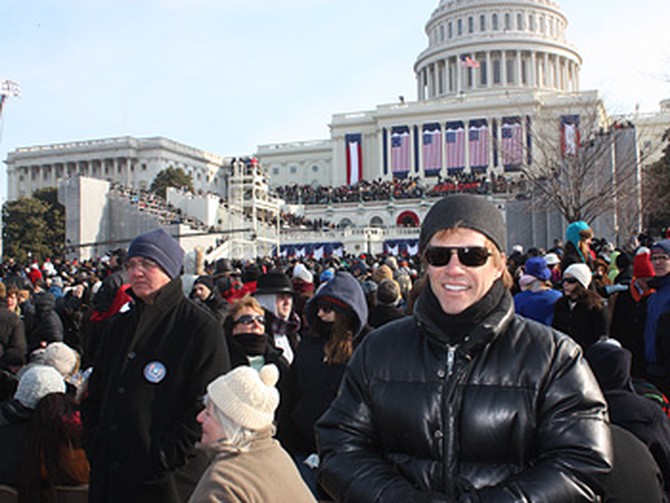 About 2 million people gathered in Washington, D.C., to be a part of history, and Jon joined the crowd watching the inauguration from the National Mall. "To me, this is what it was all about, and what I enjoyed after the ceremony was the walk home and reliving the moments with the people from all over the world," he says. "For every picture people took with me, I took 10 with other people. I really felt a part of that connection."

See more of Jon's photos from the nation's capital 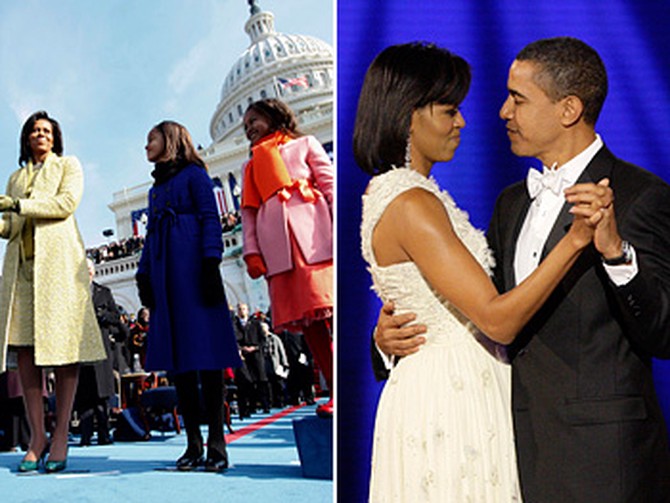 Always fashionable, Michelle Obama got a lot of attention for her inaugural outfits—both her yellow daytime ensemble and her ivory evening ball gown. "I think Michelle Obama deserves a medal for walking in high heels in a parade," Oprah says. "Toward the end of the evening, the president was saying, ... 'The first lady is doing the same thing I've been doing, only she's doing it in high heels!'"

The president's daughters, Malia and Sasha, also stood out in their brightly colored, matching J.Crew coats.

Want more on the Obamas? Meet our first family! 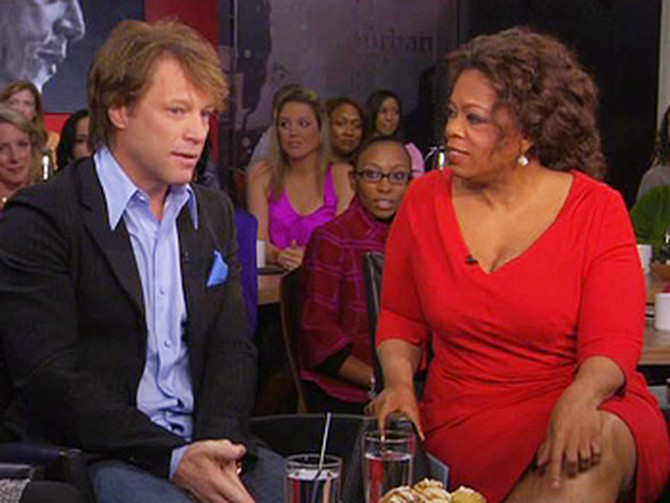 See how some familiar faces are pledging to create change 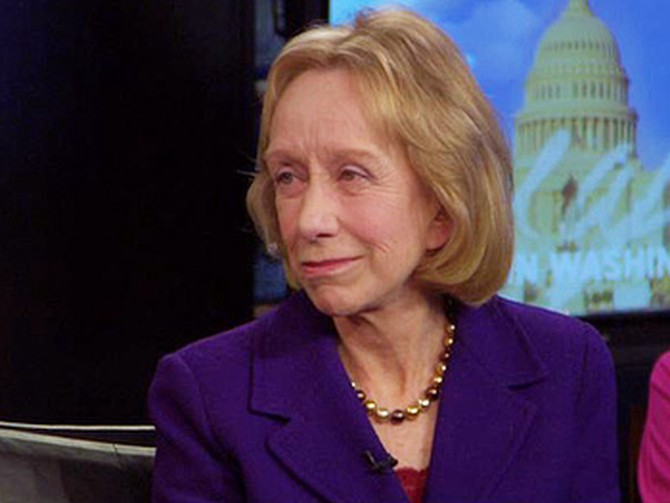 Inaugural addresses are an important part of American history, but Doris says President Obama's speech was a standout. "It will be remembered a long time from now," she says. "There are words there that will be remembered. 'America's ready to lead again.' You know, that's the America of World War II. ... We're going to be a beacon of hope once again."

Whether silly or superb, presidential quotes are always remembered. Think you know who said what? Take the quiz! 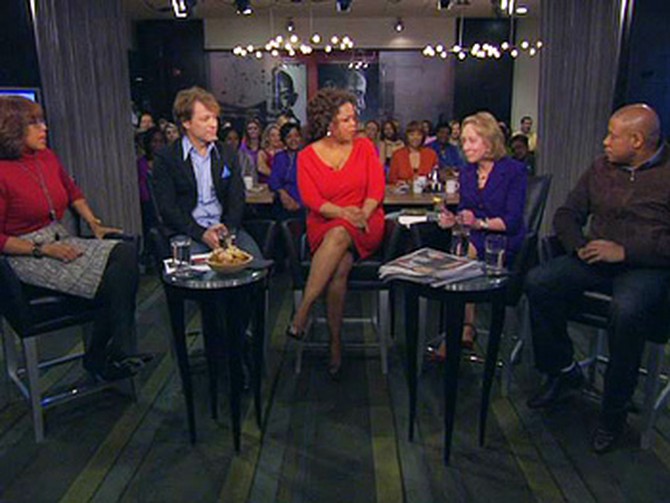 A newly elected president is often judged by his first 100 days in office. "It's interesting, when JFK was given a speech to read that said, 'I don't want to be judged by the first hundred days,' he slashed it out and said, 'a thousand days.'" Doris says. "But I think what Obama has going for him, in a time of crisis, more things are possible. ... And I think what he's got is the capacity to tell people, 'Listen [and have] patience.'" 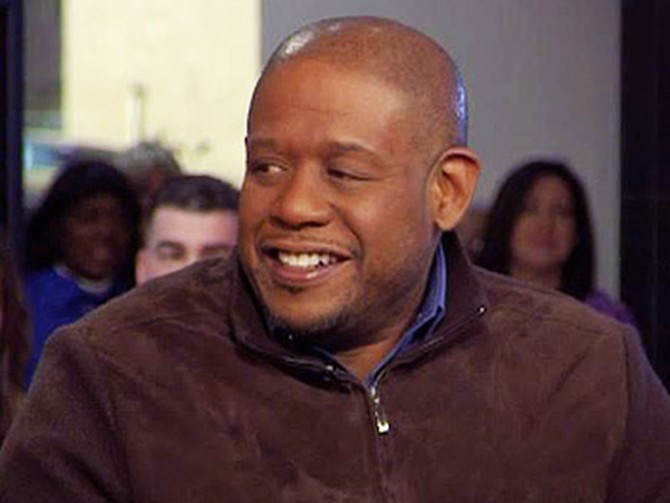 Inauguration Day has so much significance to so many people, it's no wonder that everyone has their own favorite moment. "I really wanted to walk home, to be able to say, 'Did I really just see what I saw and live what I lived?''" Jon says. "That was really special."

Forest says that his own favorite moments came during President Obama's speech. "It's the moments between the lines. I think when I was listening to him speak, the words were so powerful I wanted to embrace the time that I had to even experience what he just said," he says. "So it's the breaths between that I wanted so badly to sit still with, because I was overwhelmed by his inclusion of everyone."

See what Inauguration Day means to people like you 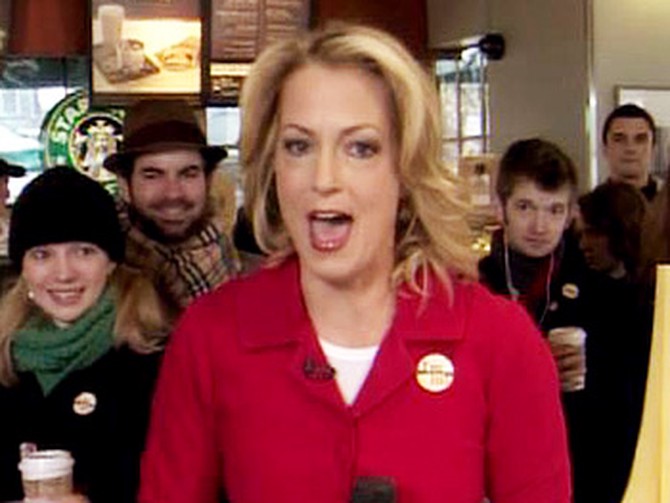 All around the country, President Obama has inspired people to participate in creating a new day for our country. In that spirit, Starbucks has created their "I'm In" pledge.

"If you come to Starbucks until Sunday [January 25, 2009] and you pledge five hours of community service, you will get a free cup of coffee," Ali Wentworth says. "Their goal is to raise the 1 million hours that the staff at Starbucks has already pledged. We need to go out and match it."

Are you in? Make your pledge today!

See how some familiar faces are pledging to create change 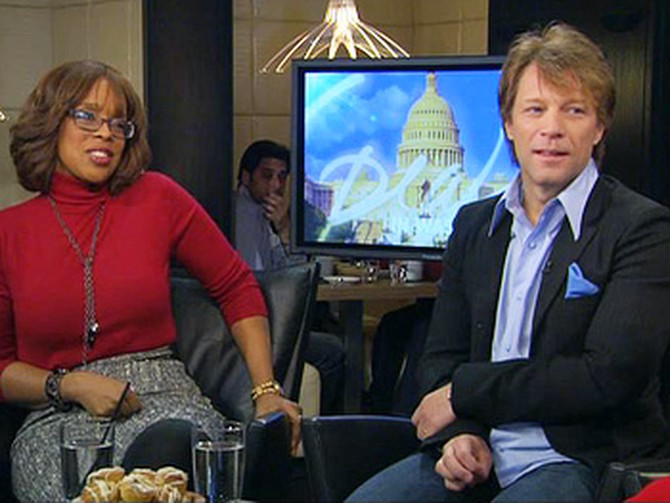 Having had a few hours to reflect on the inauguration, Forest says we are entering a new time as Americans. "People are caring about each other and people are going to reach out to each other in solidarity of knowing that each one of us deserves a decent life," he says.

Jon's favorite quote from President Obama's speech was the reference to the leaders of other countries: "You'll be judged by what you build. Not by what you destroy."

"My favorite moment was sitting on the mall and turning back, after he was sworn in, and seeing the millions of flags waving on the mall," Gayle says. 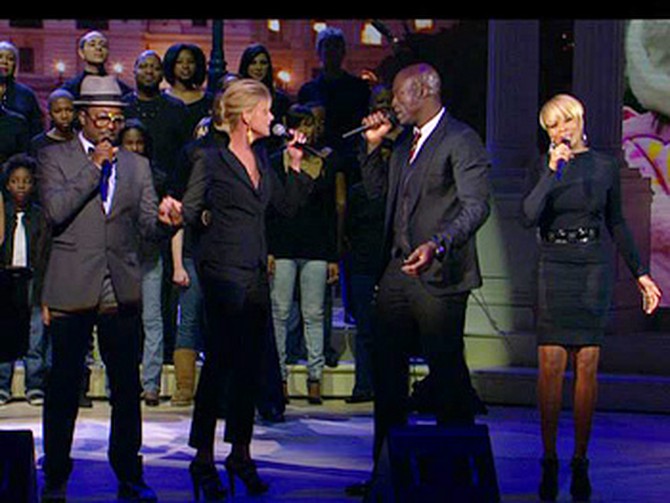 Legendary music producer David Foster and Will.i.am, the man behind "It's a New Day" and "Yes We Can," have joined forces to create a song to capture this moment in history. A day after the inauguration, they've created an updated music video for "America's Song."

Get everything you need to continue the inauguration celebration!