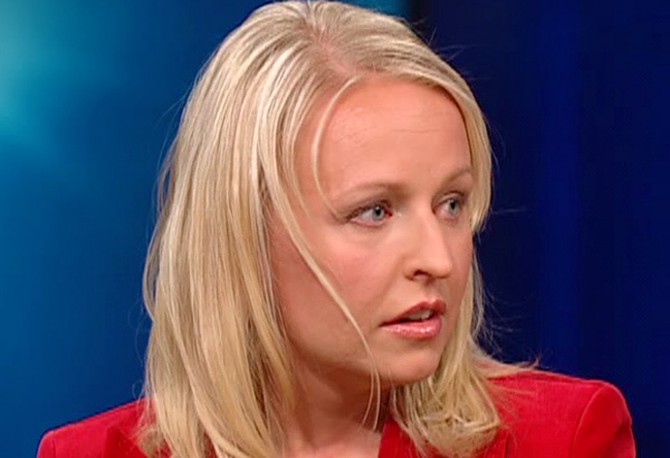 Nate first encountered Anneli Pierce and Stefhan Markstrom, a Swedish couple, around the hotel in Arugam Bay, Sri Lanka. After the tsunami hit, and Nate was able to climb off a rooftop, he was trying to walk back to the hotel. Along the way he spotted Anneli. She told him to run for higher ground because another wave was coming.

How did she know such a thing? "I worked as a journalist a couple of years ago and I did a feature story on tsunamis in Hawaii," Anneli says. "I spoke with some professionals in Hawaii about how a tsunami works in the minutes between the waves, and what you should do during a tsunami. After the first wave, when we went through the laundry, I walked down to the Galaxy Hotel, and I saw that all the buildings were gone. And I also walked down to the beach because I wanted to see if it only was a really high tidal wave or if it was a tsunami. When I saw the ocean floor, and that the whole ocean was gone, I knew that this is a tsunami. This is really big. Run for your life!" 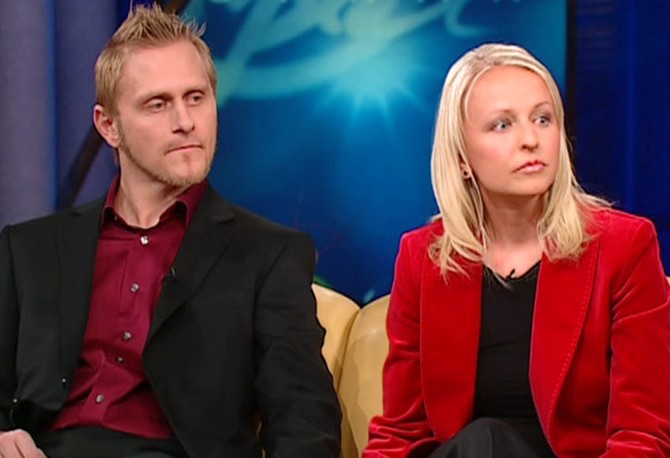 Once they reached the safety of the hilltop, it was apparent that many of the survivors were seriously injured. So Anneli, who once planned to be a doctor, used her basic medical training to help.

"There was a doctor at the hilltop when we came there." Anneli says. "He was walking around in the area asking for someone who had medical training, and I happened to be the only one. ... There was a quite primitive clinic on the hilltop, with only one big room. In the room there were some bandages and some Tylenol: just the basics. He gave me this really big box of stuff and said, 'I'll see you tomorrow.' I don't know where the doctor went. Probably to the closest biggest city to treat more injured people."

Stefhan says that Anneli was "the angel on the hill." 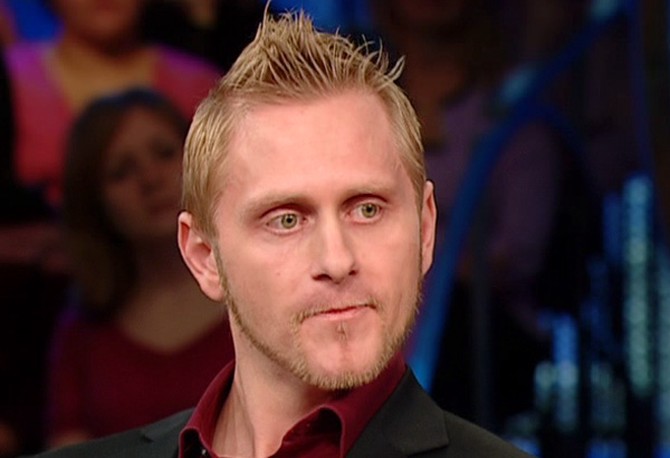 Stefhan also had heroic moments on the hilltop. "I put this British girl into safety," he says. "I heard her father screaming in the distance, so I carried her away. I was strong enough to, you know, struggle [against] the currents between the first and second wave." 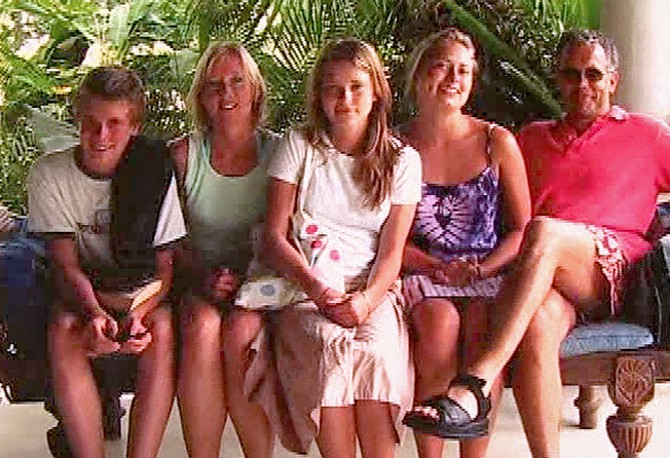 The Squire family—father Phillip, mother Louise, and kids Emma, Laura and Will—have been to Sri Lanka many times, and this was their second trip to Arugam Bay.

When the tsunami hit, they were separated within seconds. Each family member barely survived. They were in the hotel restaurant when the tsunami hit. "I opened the door [to the restaurant bathroom] and that's when the first surge of water came into the bathroom and just raised very quickly until I was flat against the ceiling," Emma says. "As soon as I got out of the bathroom, I was slammed into a palm tree. I felt myself losing consciousness and the blackness covering my eyes. I was positive I was going to die. There were bodies floating with me that would bang into my body."

Each member of the family struggled to survive, while fearing the others were dead. Phillip even witnessed a building collapse on his wife, Louise. "I thought there's no way that my poor wife would be able to survive the strength of that wave," he says. "I decided that I would go into the wave and see if I could find her. I felt that if she had got a concussion of some sort, that I would be able to find her and save her." 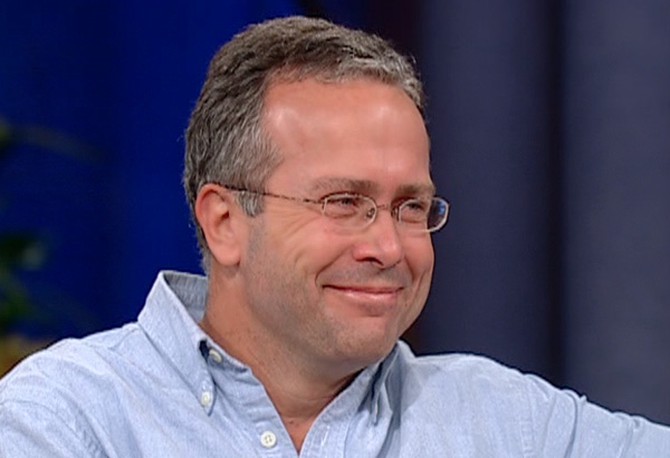 In Phillip's search for his wife, he stumbled upon Emma, dazed but very much alive. They waded through heavy currents of water to reach their hotel. Amazingly, they discovered Laura and Will, but there was little time for celebration. They were back at the hotel just minutes before the second wave hit. As they searched for safety, Phillip tried to prepare his children for the horrifying possibility that their mother might be dead.

"You sort of thought of all the small things that a mother does for her children," Phillip says. "Things that a father could never get close to achieving. These thoughts went through my mind, thinking what a poor substitute I could be for my wife."

But Phillip was about to have "the most amazing moment that I think I ever experienced in my life." When they reached higher ground, they came across Nate Berkus, who said that he thought he knew Louise's location.

Now reunited with her family, Louise told the harrowing tale of how she managed to survive the wave. She climbed a tree where she was bitten by a snake, lay across an ant nest and was swarmed. 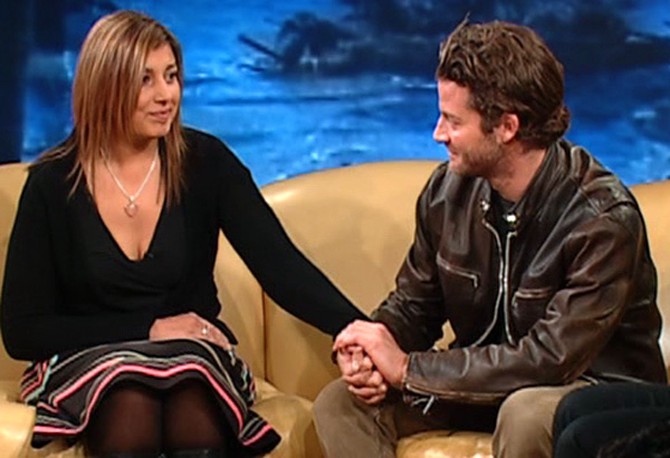 Ani Naqvi was vacationing in Arugam Bay, Sri Lanka, when the tsunami hit. She is the first person Nate met when he made it to safety at the top of a nearby hill.

"In that situation where everything and anything's unfamiliar and Annie and I started talking, I learned that she had been a television producer for the BBC," Nate says. "And if there's one thing that makes me feel comfortable, it's a television producer. And I thought, 'Okay, this is somebody who's gonna be organized, have it together, be able to coordinate everything that needs to be coordinated, and we just looked at each other and I think at that moment, there was just kind of a trust there between us."

Nate's instinct was correct! Annie "commandeered the cell phone and got on the phone with the defense minister from Great Britain and the BBC, she called the world desk. Ani was our first and constant and accurate source of information," Nate explained, "Because we didn't know what had happened." 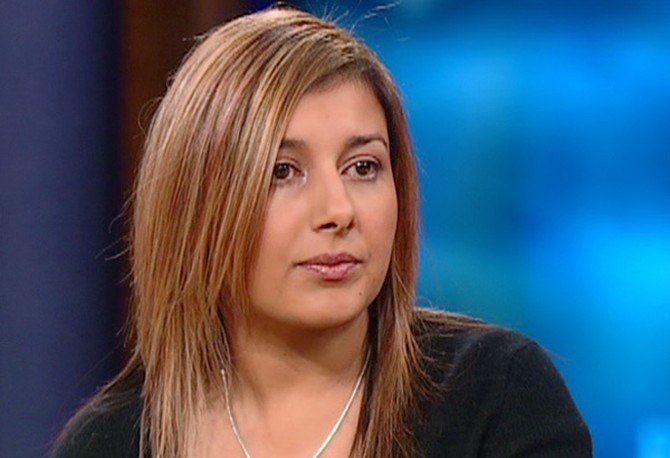 Ani says it has been difficult to get her life back together again.

"The support of friends and family is really helping," she says. "But you are changed. You've been through a horrendous experience and seeing so much death and destruction around and devastation and the people there have lost so much...It's so sad, but you have to take some solace in the fact that you we were saved.

"I think that we owe it to ourselves and to the people that lost their lives to make the most of what we have left," she says. "I don't know what that is at the moment. I'm sure that will become clear as time goes on. But I do think there was a purpose in us being saved because it was a miracle that anybody survived. It really was."
Published 01/17/2005
More Inspiration
Surviving the Tsunami
6 Gorgeous Nate Berkus Home Makeovers
Nate Berkus' Greatest Hits
Nate Berkus' Den Makeunder
In Memoriam
Ricky Martin's Mission
Reaching Out to the World
Royalty on The Oprah Show