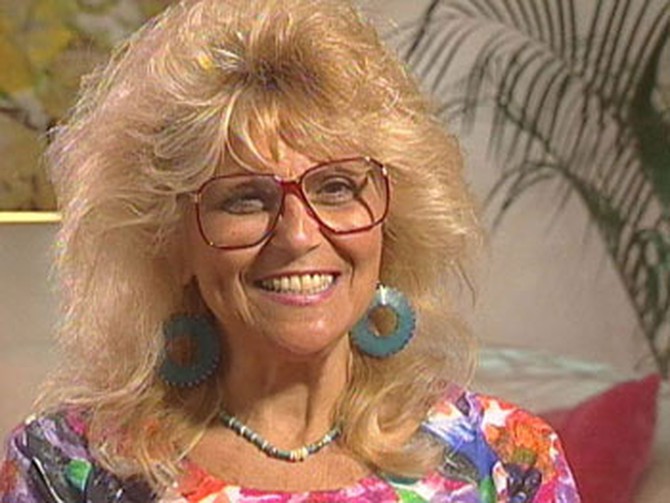 This is Roz. She's "58 years young," but her Farrah Fawcett platinum blonde hair, big red glasses and brightly colored tunics have her stuck in a time warp. Can our celebrity panel find a look that lets her natural beauty shine through? 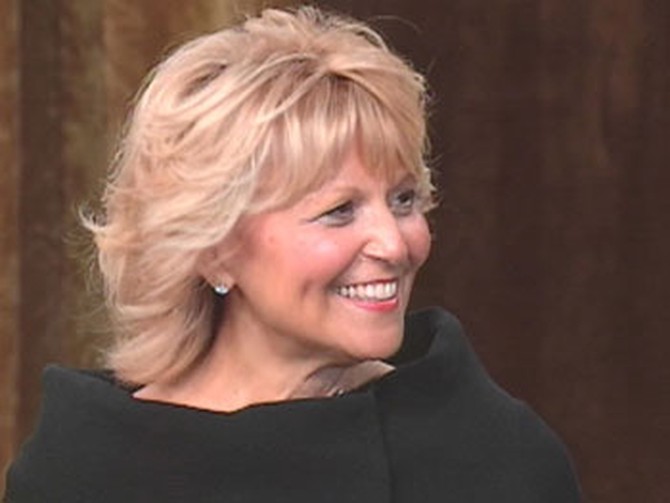 Long gone are the cans of hairspray and the "bombshell beige" hair. Frédéric Fekkai washed the years down the drain when he gave Roz a modern wash-and-wear cut that actually moves! "It's like I'm a whole new person!" says Roz. 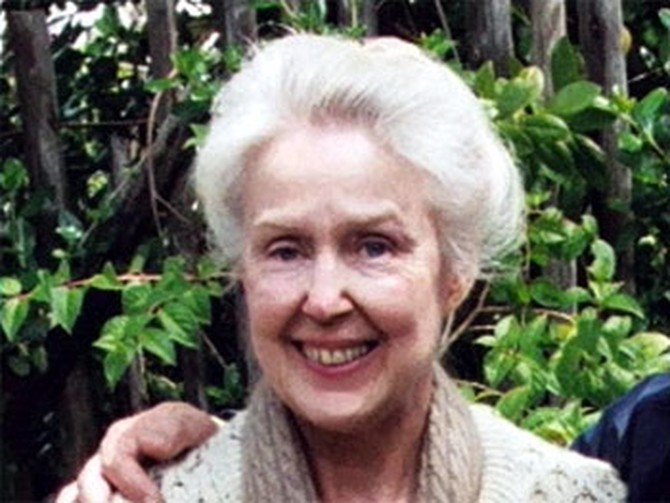 Sharen's in desperate need of a younger look. She's 62 years old, and although she's only six months older than her husband, recently she's been looking years older. "I've been to a hair salon four or five times in my life, and twice it was for the prom."

Her closet is filled with the same white T-shirts, khaki pants, tennis shoes and sweatshirts. It's time to lose the gray hair and those baggy clothes! 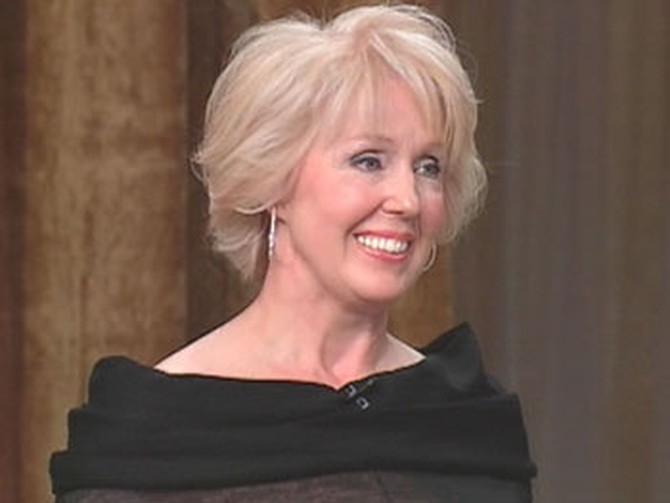 Look at Sharen now! She has the elegant confidence of the late Katharine Hepburn.

Frédéric Fekkai made Sharen's hair a soft blonde color and gave her a wash-and-wear cut. Bobbi Brown helped Sharen update her makeup. "Concealer is the secret of the universe as we get older," says Bobbi. "With concealer, the right blush, a pop of color on the lips...you can't wear brown lipstick if you have light eyes with fair skin and hair." 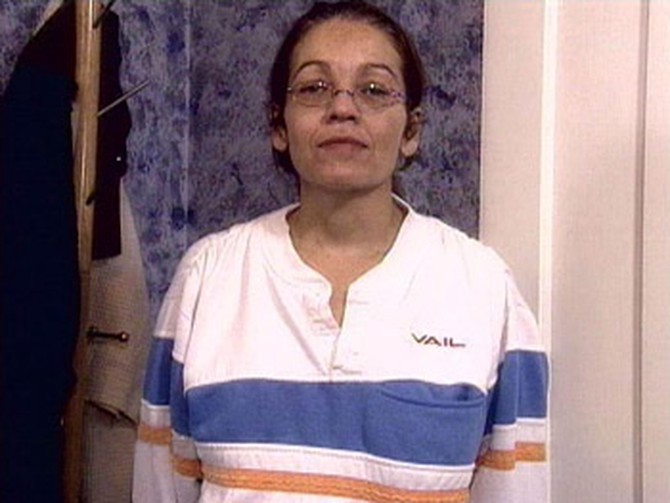 Tara, our show's lighting director, and her friend Deonne say that behind their friend Alina's glasses and baggy sweats, there's a hot mama ready to hit the dance floor! To pull Alina out of her rut, we enlisted supermodel Iman and her makeover team. Tara said, "I'm hoping this makeover takes at least 10 years off of her look. Release the girl that's in there!" 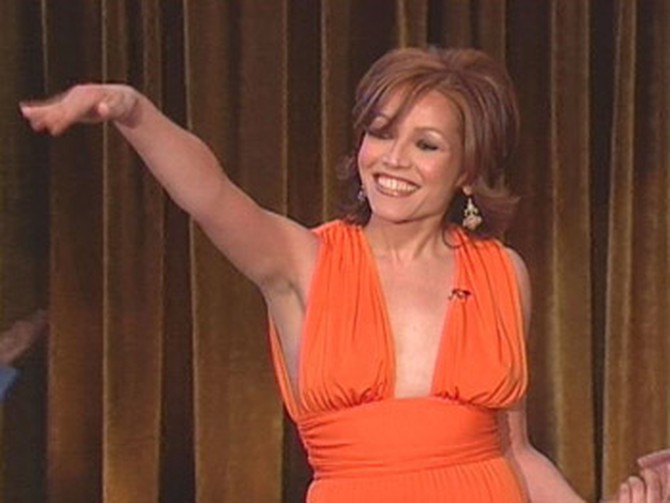 With her new look and sexy, sassy new dress, Alina says she's ready to go salsa dancing. Did she even know she had this? "No!" she exclaims. Well, she's got it now! 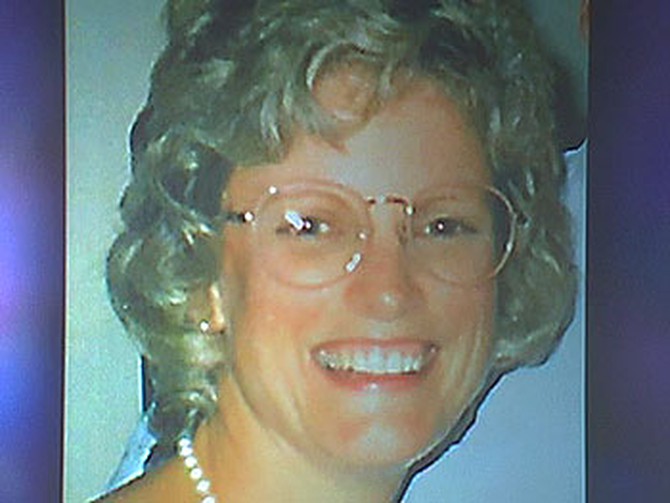 Elaine once believed that letting herself go was just part of the aging process. She had short, dark hair; wore masculine glasses; was much heavier; wore loose, unattractive and unfeminine clothing; and didn't wear makeup. "I had really had this mindset that I was old, and the goal was just to coast from here on out and get through the rest of life as easily as possible," Elaine says.

Then, a bomb dropped on her life—she discovered her husband was having an affair. After struggling with depression, Elaine finally decided to view the divorce as an opportunity rather than a setback. 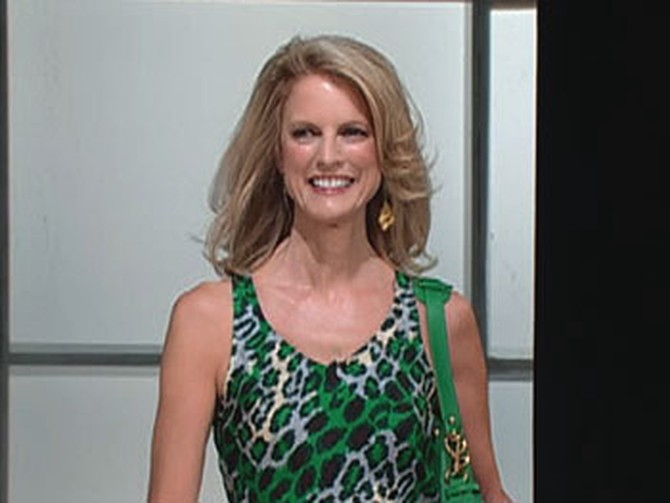 Elaine started using tips from The Oprah Winfrey Show and O, The Oprah Magazine to improve herself: She lightened her hair, began exercising daily, got contact lenses, whitened her teeth and adopted a younger style. Additionally, Elaine, 53, started on the Zone Diet, began taking vitamin supplements and lost 17 pounds!

"I got an e-mail from my cousin and she said, 'Your brother said you were hot! And if a brother says you're hot, wow, you must be doing something. What's going on?'" 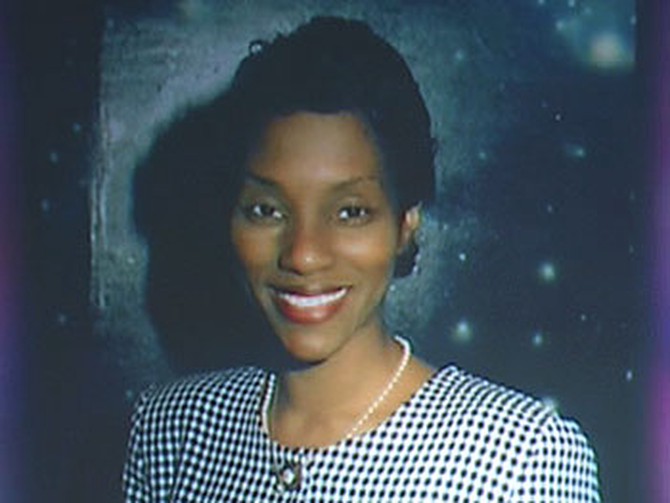 Up until a decade ago, Corey says she "cared nothing about my appearance." Upon realizing that she was in an abusive relationship, however, she made a decision to stop drifting through life and discovered her own fountain of youth. Now she's gone from being very buttoned up to... 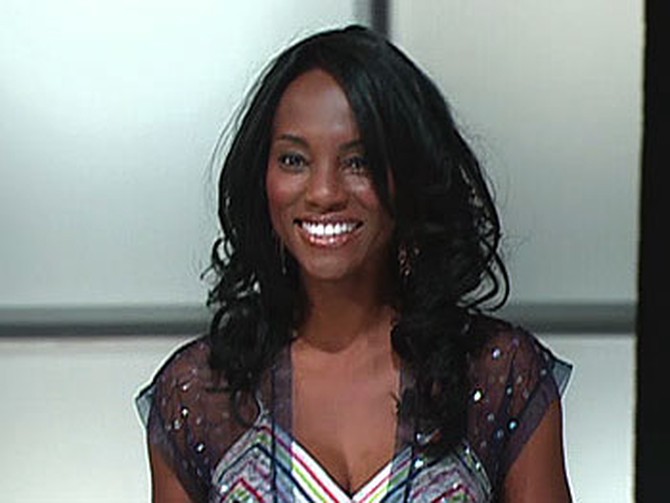 She says she "had to reprogram my mind, because I just felt dead inside and I didn't care." Now, Corey says, "Trying new things is one of the best ways to stay young at heart." Her fitness regimen includes regular exercise, fencing and meditation. Her other secrets? "Two tablespoons of flaxseed every day, wash it down with cranberry juice," says Corey. "It's good for the digestive system. I take milk thistle, multi-vitamins and acidophilus, and I take garlic on a daily basis."

Her turnaround has been so dramatic that 45-year-old Corey is now a successful model, even scoring jobs where they're looking for 25-year-olds. And it's no mistake—she even fools college students! "She came to my school one time and she was helping me move on campus," Corey's son, Michael, says. "A friend of mine came up to me and he said there's a whole bunch of fine new girls on campus. I said, 'Okay, what's going on?' He pulled me outside and it was my mama walking to my room!" 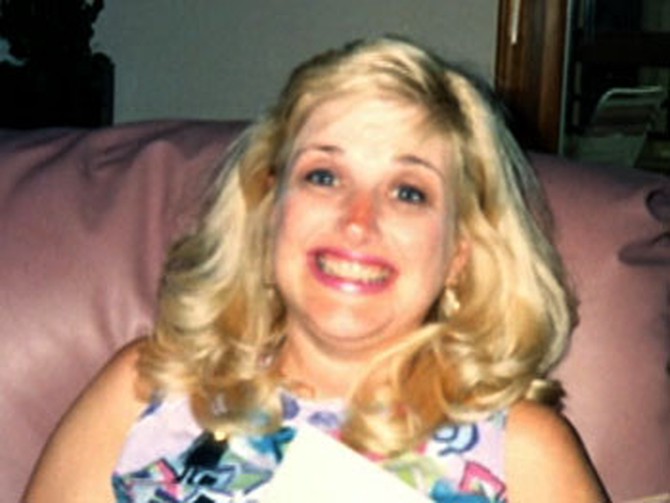 On Roseann's 40th birthday, she had a big surprise—she was pregnant. After giving birth, she was 25 pounds overweight. "I was miserable," she says. "I didn't want to be fat and 50," she says. 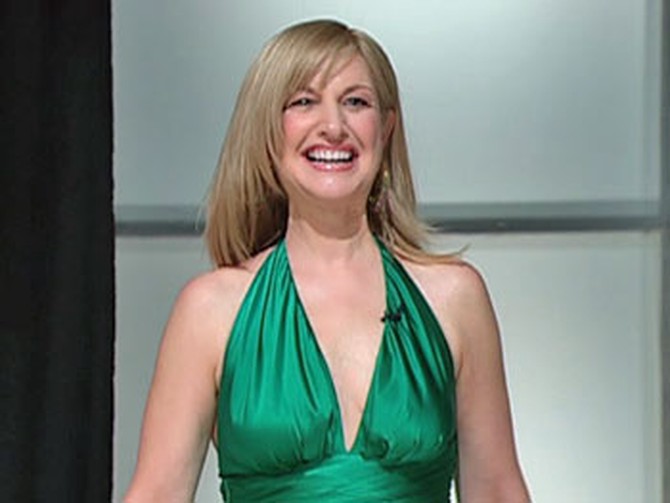 "I decided I needed help in taking off this 25 pounds, so I went to a nutritionist." Now healthy at 51, Roseann "swears by salads," having lost weight by eating right and exercising at least five hours a week. She's also conscientious about her skin care. 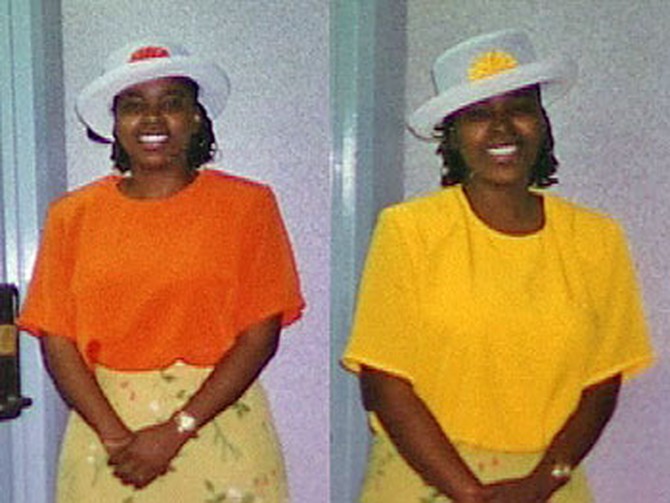 In 1995, twin sisters Denise and Delores were only in their 20s, but they looked like a couple of little old ladies, having pattered their look after the older women in their church.

"We wore the old hats and the blouses with the ruffles and the long collars and long skirts. We wore white opaque stockings, along with socks and tennis shoes," Delores says. "When I look back at old photographs, what were we thinking?" 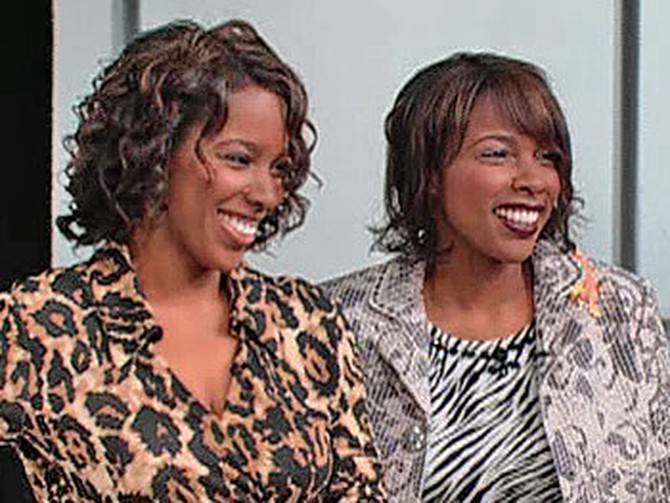 But then came a realization and a massive change. "We turned 30 and we realized we wanted to look 30 and not 60," Denise says. "I think it was a big turning point when we had our 30th birthday. We wanted to look hot for our birthday." 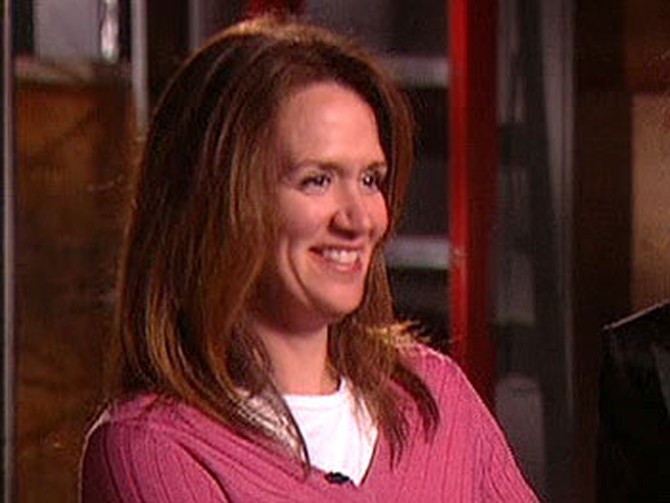 Paige and actress Julia Roberts's friendship began at Campbell High School in Smyrna, Georgia, 20 years ago when Julia made friends with Paige, the new girl in town. The reason? It was simple. Paige was wearing what Julia calls "a very coveted outfit, and I admired it aloud to her."

Paige is the mother of 9-year-old Max and 5-year-old Georgia. "I'm very busy and I'm a working mother, as well, so it's anywhere from jeans and cowboy boots and long sleeved T-shirts to trousers, skirts, heels, whatever," Paige says of her personal fashion style.

Now Julia says it is time for Paige to release her inner bombshell. 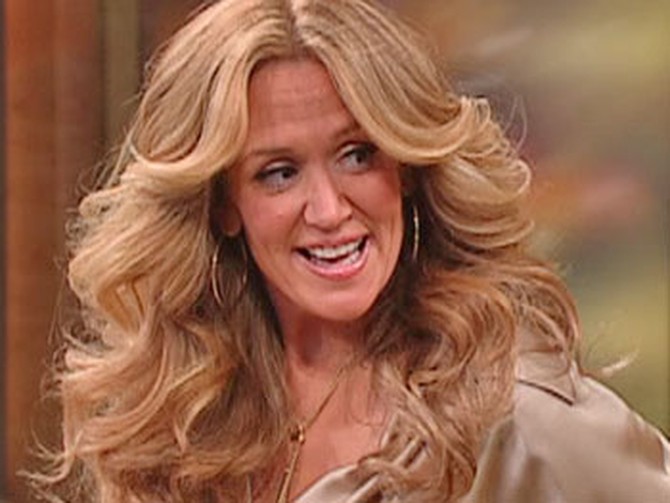 With a new 'do by Serge Normant, the man who has been running his hands through Julia's hair for the last 12 years, makeup by Laura Mercier, and stylish new outfit, Paige left Julia floored. "You are so beyond gorgeous," she says. 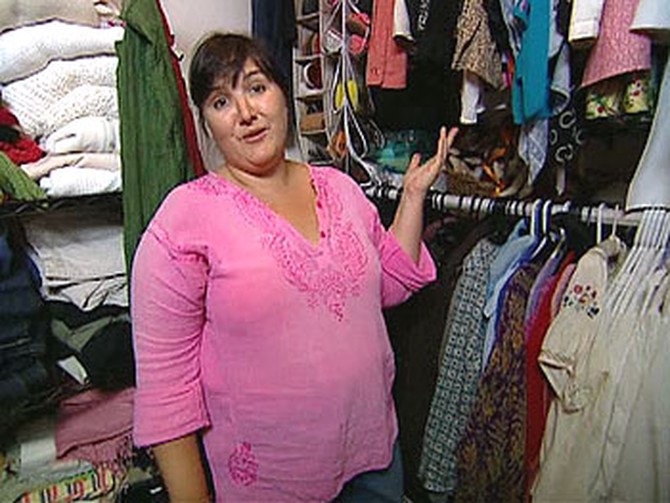 Supermodel Giselle met Amber when she first moved to New York. "She's very grounded," Giselle says of her friend. "I love her much. She's a sweet, sweet person, but every time I see her, she looks like a tornado passed through her."

Amber describes her personal style as "hippie chic," and tends not to bother spending much time on her hair or makeup. ... I'm kind of a throwback, I think," Amber says. "I have a lot of India shirts. I don't know if they're still in style or not. It's what I always wear. ... I have a wealth of blue jeans and my idea of getting dressed up is adding some funky shoes to a pair of jeans."

Now Giselle's ready to give the Serge Normant's treatment to Amber. 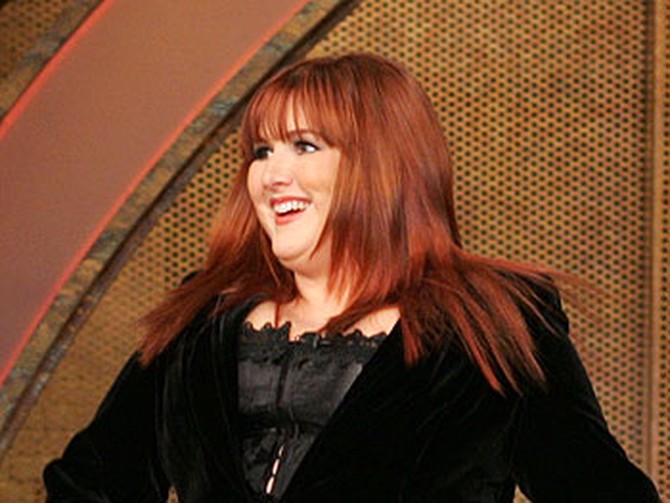 With new hair by Serge and a new outfit, Amber says she is surprised that it's actually her in the mirror. "[I'm] totally shocked," she says. "As you saw, this is so out of character for me. But I feel sexy."

Giselle seemed more shocked than Amber. "This is the only time I'll see her in high heels," she says. "This is a historic moment."

It may even be the start of something new for Amber. "I can do it again, I think," she says. "I feel like I got out of the box, so maybe I could try it again."
Published 01/01/2006
More Fashion & Beauty
5 Gorgeous Makeovers—for Women Who Really Deserve Them
11 Stunning Style Makeovers (on O's Staff!)
5 Incredible Makeovers (for Women Who Really Deserve It)
18 Wardrobe Essentials
Beauty Adventure: Finding a Teeth-Whitening Technology That Really Works
Jean Dos and Don'ts