Why It's Better to Have a Mind Than a Brain 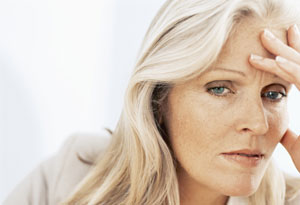 Photo: Stockbyte/Thinkstock
First, Deepak Chopra explained how you can be your own placebo and ways to use your mind-body connection for healing. Now, get his take on the difference between the mind and the brain and which one you need to heal before you can treat depression.
I've decided to continue to write about the mind. In particular, the point must be made that we are not our brains. We are our minds, a rich, alive, constantly changing mystery. The brain carries out what the mind wants. To mistake the brain, a lump of proteins, sugar and water, for a mind is a drastic mistake.

But it also happens to be the mistake of choice for modern science. It will help the mind side of the debate to read the recent cover story in Newsweek, which proclaimed, in stark terms, "Antidepressants don't work."

The support for this bold and disturbing claim comes from previous articles in scientific journals, where the whole rationale for giving a pill to treat depression was undermined. First, when a patient comes to the doctor complaining of mild to moderate depression (the kind most commonly encountered, as opposed to the crippling disorder known as severe chronic depression), for up to 50 percent of people, the standard antidepressants offer no improvement. Some studies indicate that the placebo effect is just as reliable and offers just as much relief as these medications.

Which means that your brain may be used to being depressed. It may even be used to a chemical imbalance of some sort. But to focus solely on the brain is to miss major causes of depression that are mental instead. Think of the experiences that can make a person depressed, meaning someone with a mind:

This is a long list. Even if we discount some undiscovered cause (the X factor), the mind is faced with the complexity of life, and numerous experiences can engender depression. If I tell you that you've just been fired, it's not your brain that will make you depressed. It's a sudden jolt of devastating bad news. Nobody knows why some people convert bad experiences into depression while others don't. It is equally true, after all, that the glass is half empty and half full. Studies show that when shown neutral photos of various people and situations, depressed people habitually see them as negative, disappointing, sad and unlikely to lead to a positive outcome.

More Inspiration
Breaking the Cycle of Anxiety
How to Have a Positive Relationship With a Narcissistic Parent
Martha Beck's 5-Day Journey to a More Meaningful Life
What Prayer Really Means
Deepak Chopra: A Freer (Happier!) Way to Think
Deepak Chopra: How to Recognize Life's Abundance
Deepak Chopra: 4 Questions to Stop Asking Yourself
What’s the Secret to a Happy Life? Oprah Talks to Deepak Chopra