The Real Message Behind The Lost Symbol

By the Rev. Ed Bacon 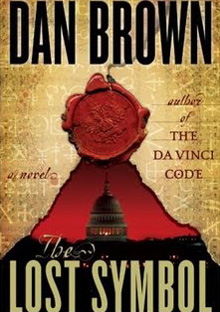 The upcoming release of Dan Brown's latest book, The Lost Symbol , has readers around the world excited, including the Rev. Ed Bacon . A fan of Brown's Da Vinci Code , the Rev. Bacon shares why he's anticipating this latest novel and why so many people are attracted to books of a spiritual nature.
I love stories of intrigue.

When those stories mix religion, power, money, secret societies and murder, they are hard to resist. Dan Brown is one of the masters of the genre. And his writing style produces books that are hard to put down.

I was one of the first to purchase The Da Vinci Code when it was first published and devoured the book the week after Easter Sunday that year. It was a superb way to rest and escape after one of the most demanding weeks of a priest's year. I will be an early reader of Dan Brown's new book, The Lost Symbol .

We human beings have a deep-seated attraction to books about spirituality and religion because all of us have deep within us something very sacred. Some call that our Spirit. Some call it our Soul. Some call it our True Self. Some refer to it as God Within or The One. It matters less what we name "it" than the fact that "it" is our interior source of creativity, compassion and courage.

We are powerfully attracted when we hear about a well-told tale with characters who constructively use their gifts of imagination to protect the vulnerable or even the world itself from those other human beings who have distorted their interior gifts for evil ends. That is the reason there is so much buzz about The Lost Symbol . We know it will be a compelling novel about those who seek the good, true and beautiful pitted against those who motives are sinister. I can't wait to read it.

People often ask me if religious people should read such books. They ask, "What if it is a challenge to my religion?" Or, "Dan Brown doesn't respect my religious institutions, so why should I read him?"

No one is saying that people should read Dan Brown. But I don't believe that people of faith should avoid the book out of fear of weakening their faith. In fact, a faith that cannot be challenged is not a strong faith at all. If one's faith is too weak to be tested by a work of fiction, what will happen when one's faith is challenged by a real-life crisis?

If the concepts in The Lost Symbol or any other book are out of alignment with one's faith, it is a good thing to reflect on what elements of my faith are long-lasting and what are temporary. What is the wheat and what is the chaff?

All of this makes me think about a wise and nonanxious rabbi who lived 2,000 years ago named Gamaliel. In the midst of a religious controversy reported in Christian scripture, Gamaliel calmed down those upset by controversy by saying, "If something is of God it will prevail." (Acts 5:39)

If Dan Brown's thriller challenges my faith while also giving me an enjoyable time with a page-turner of a novel, bring it on.

Watch a trailer for Angels and Demons , based on Brown's sequel to The Da Vinci Code

More Inspiration
Heaven is a Place on Earth: Rob Bell's Revolutionary Mission
The Divine Therapy: A First Step Toward Finding Peace of Mind
6 Dazzling Messages for a Woman Who Wants More—from Herself
The Wholehearted Life: Oprah Talks to Brené Brown
A Skeptic Explores the Science Behind Spiritual Experiences
The O Wow! List: 15 Dreamers, Thinkers and Doers
Thought for Today - Renewal
Trust is Shorthand for Going With the Flow