How to See the World with Reverence

When you greet others with an open heart, you find friends everywhere. You can make this simple change today.
By Gary Zukav 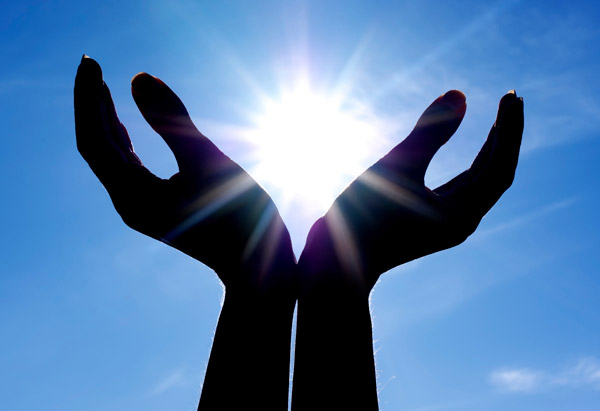 Photo: Thinkstock
The car in front of me was still at the stop sign. Its left-turn signal was blinking. One car after another passed through the intersection, with lots of room between each of them.

At last the car moved. I followed it through the intersection and, a moment later, stopped behind it again. The driver was not in a hurry. There were no cars in front of him, but he was going very slowly. I was late for my appointment. "He must be senile," I fumed.

The road widened, and I passed as soon as I could. When I did, I looked over to see the driver. It was Herb, my friend!

I was delighted to see him. I waved, and he waved back. Everything changed because I saw something I hadn't seen before—the driver was my friend.

Reverence is like that. It is seeing something you haven't seen before. You recognize friends wherever you look.

The lean man closed the door to his old truck. It was the end of autumn, and the truck was stacked high with firewood for me. Slowly, he walked toward me and put out his hand.

"Good day," he said. "Your firewood will cost more this year."

I didn't expect that news. I didn't like it, either, but there was nothing I could do. Winter was coming, and I had waited too long to buy my wood.

"Stack it there," I told him, pointing to the empty woodshed.

Next: How this boy changed her perspective
From the July 2000 issue of O, The Oprah Magazine

More Inspiration
Become a Part of O's Just Say Hello Ambassador Project
Why You Should Celebrate Valentine's Day with Good Friends and Better Food
Dr. Phil: The Powerful Ability That Will Help You Manage Your Life
How to Make the Best Decisions (Once and for All)
10 Momentous Hellos Throughout History
Breast Cancer Heroes
Are You Secretly Lonely?
4 Lies You Need to Stop Telling Yourself Now