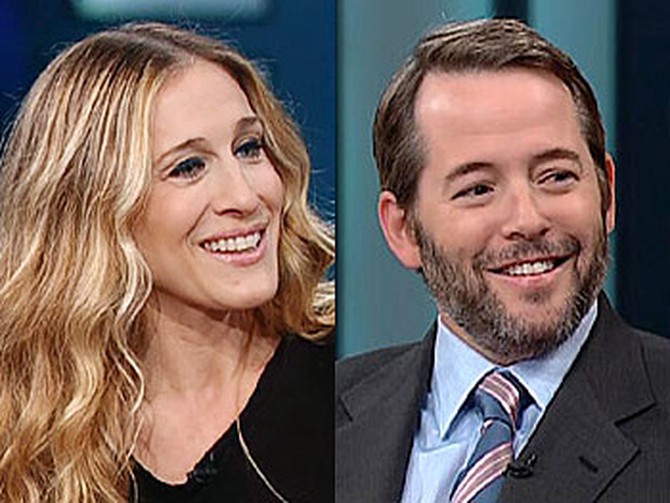 5 of 10
In 2007, Sex & the City star Sarah Jessica Parker and her hubby, Matthew Broderick, celebrated their 10-year wedding anniversary. "It's amazing," she says. "I actually didn't realize it was 10 ... but he was the one that reminded me."

So what did they do to celebrate? Shortly before the big day, Sarah Jessica predicted that they'd probably cook dinner and spend a better part of the evening with their son, James Wilke.

One thing she said they wouldn't do is exchange gifts, because Sarah Jessica said there's nothing either of them need...but there was one thing she'd wanted. "I would love a note," she said. "Because a note, I'll have it forever."
Published 03/14/2008
PREVIOUS | NEXT
More Inspiration
Ten Rules to Live and Love By
Chris Rock Keeps Us Laughing
Excerpt from Connect to Love
Iyanla Vanzant: Back from the Brink
Christie Brinkley's Hamptons Retreat
Lea T's Greatest Hits
Carson Kressley's Couple Makeovers
Celebrity Farewell Messages to Oprah