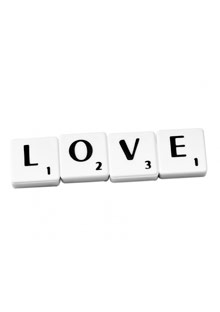 Photo: © 2009 Jupiterimages Corporation
If you don't believe that it pays to think before you speak, let Tim Jarvis show you what a difference the right language tweak can make.
You know the difference between "I need more help around the house" and "You're so #@*!! lazy," right? One is artful diplomacy; the other, like bringing in the tanks. But the strategy involved in getting your point across also applies to individual words. For instance, if you're...

Instead of: "You did a nice job, but the report needs to be finished."

Try: "You did a nice job, and the report needs to be finished."

The subtext: No matter how positive the first part of the statement, the but negates it, says Barbara Pachter, a business communications expert and the author of The Power of Positive Confrontation. "But might as well stand for Behold the Underlying Truth. Once people hear it, they're just waiting for the bad news."

...Asking your spouse to change a behavior

Instead of: "Will you stop smoking for my sake?"

Try: "Will you stop smoking for the sake of the kids?"

The subtext: Your spouse may resent your wanting to change his ways—and use that resentment as an excuse not to change. Putting the focus on a third party removes you from the equation. And focusing on children makes people think in terms of their ideal selves, says behavioral economist Dan Ariely, PhD, the author of Predictably Irrational: The Hidden Forces That Shape Our Decisions.

...Presenting a problem to your boss

Instead of: "They have issues with the sales staff."

Try: "We have issues with the sales staff."

The subtext: "I got this from my old boss, former U.S. Secretary of Labor Robert Reich," says Daniel Pink, chief speechwriter to Vice President Al Gore and the author of A Whole New Mind. "Replacing they with we can change your outlook and the viewpoint of others. After all, if we're not part of the solution, we're part of the problem."

...Trying to make someone see your side

Instead of: "I know you wanted to surprise me, but changing our plans without warning me was stupid."

Try: "I know you wanted to surprise me, but changing our plans without warning me was not helpful."

The subtext: As President Obama learned the hard way this summer in discussing the arrest of Henry Louis Gates Jr., stupid is an inflammatory word. Rather than labeling others' actions, Pachter says, convey the effect of those actions.


More Small But Powerful Life Changes:
From the October 2009 issue of O, The Oprah Magazine

More Inspiration
How to Diffuse a Fight
How to Get the Relationship You've Always Wanted
5 Things Every Smart, Single Man Is Looking for in a Woman
What Never to Say to a Single Woman
Getting Married: The Strategic Approach
How (Not) to Get a Man
The Scariest Dating Questions You Need to Ask Yourself
The Glass Ego