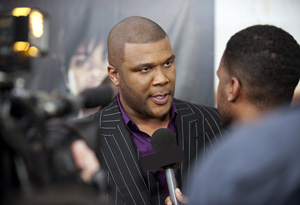 Unfaithful: Stories of Betrayal is a compelling series featuring couples that have suffered and survived infidelity in their marriages. In each episode, two couples share their deeply personal stories of heartbreak, while a therapist provides inside perspective on how each couple began the healing process. Intensely revealing, this series illustrates how couples can come to terms with infidelity and share their stories of betrayal. Produced by True Entertainment.

Viewers have watched Dr. Laura Berman help couples on her popular sex therapy series In the Bedroom on OWN, and now the network is bringing Dr. Berman's award-winning XM show on Oprah Radio to television. The Dr. Laura Berman Show is a one-hour series that features lively, no-holds-barred discussions between Dr. Berman and her audience about everything from sex and intimacy to family and relationships. With questions ranging from embarrassing sex blunders to how to incorporate toys in the bedroom, there's no topic too outrageous, and viewers will be entertained and informed as Dr. Berman talks with callers from around the country. As a wife, mother, author, sex educator and therapist for the last 20 years, Dr. Berman's advice is always grounded in real-world experience. She has helped countless couples, individuals and families to improve their relationships and quality of life. The series is produced by Harpo Studios. The OWN original series In the Bedroom with Dr. Laura Berman, which premiered on the network earlier this year, is currently in production on season two and will debut in the Fall of 2011.

With the toss of a dart on a map and an airstream in tow, Carson Kressley (Queer Eye for the Straight Guy) may be coming to your town. Carson Nation is a fun and heartwarming "make-better" show that only Carson can deliver. Over the six episodes, Carson takes his sense of fashion and style with his larger-than-life personality across the nation to transform deserving individuals one town at a time. Each town will bring real characters, exciting adventures and inspirational stories as he dives head first into dramatic and emotional "make-betters" that will be life changing, both inside and out. The series is produced by Tom Forman's Relativity REAL.

The new hour-long documentary series Visionaries: Inside the Creative Mind follows some of the world's most iconic innovators and takes audiences inside their creative process, offering never-before-seen views of true masterminds at work. The five-episode series debuts with filmmaker Tyler Perry. He joins celebrated creative artists including fashion icon Tom Ford, filmmaker James Cameron, musician will.i.am, and world-renowned photographer Annie Leibovitz as they reveal the experiences, challenges and rewards of bringing their ideas to life. With unprecedented access, this series provides unique insight into what made these visionaries who they are and what continues to inspire them. Visionaries: Inside the Creative Mind is produced by @radical.media. Robert Friedman, Justin Wilkes and Sidney Beaumont are executive producers.

Tyler Perry - June 17
A deep inside look into the world of writer, director, actor, and media mogul Tyler Perry as he produces two new films, tours the country with his hit play Madea's Big Happy Family, and takes some downtime to remain "a big kid at heart."

Tom Ford - June 24
Tom Ford takes viewers on an all-access journey into the world of fashion and filmmaking. The episode also follows Ford as he prepares to unveil his first womenswear collection after a five-year hiatus to launch his own brand and make his first movie.

James Cameron - July 1
Whether propelling filmmaking to new frontiers with movies like Titanic and Avatar, or exploring the deep recesses of the oceans, James Cameron offers viewers a never-before-seen look at his remarkable career as a writer, director, producer and innovator.

will.i.am - July 8
From sold-out stadiums in Europe to intimate studio sessions in LA, this episode gives viewers a backstage pass to the life of producer, songwriter, musician and frontman of The Black Eyed Peas, will.i.am, including turning the Louvre Museum in Paris into an after-hours music studio to create a beautiful new song in tribute to the Mona Lisa painting.

Annie Leibovitz - July 15
Designated a Living Legend by the Library of Congress, renowned photographer Annie Leibovitz reveals her creative passion and drive for perfection while shooting the world's biggest celebrities and creating a groundbreaking photo collection.

About OWN: Oprah Winfrey Network
A joint venture between Harpo, Inc. and Discovery Communications, OWN: Oprah Winfrey Network is a multi-platform media company designed to entertain, inform and inspire people to live their best lives. OWN debuted on January 1, 2011, in approximately 80 million homes on what was the Discovery Health Channel. The venture also includes the award-winning digital platform, Oprah.com. For more information, please visit Oprah.com and www.press.discovery.com/us/own.

More Oprah.com
OWN Announces Second Season for Our America with Lisa Ling
Flipboard Partners with OWN: Oprah Winfrey Network and Oprah.com
OWN to Air a Special Episode of Our America with Lisa Ling
Live Pray The Gay Away Discussion with Lisa Ling and Gayle King
Harpo Studios to be the Home of Rosie O'Donnell's New Talk Show for OWN
OWN Acquires New Episodes of Tyler Perry's For Better or Worse
OWN Announces New Series for 2013 and Ratings Gains in 2012
Oprah's New Original Primetime Series Oprah's Next Chapter