New Series: Lovetown, USA; Lives on Fire and Are You Normal, America? 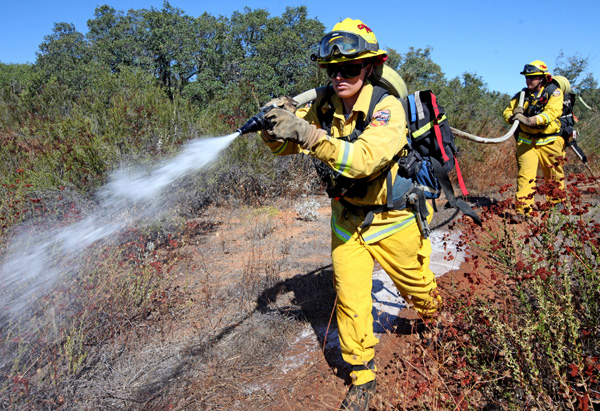 "Each of our new shows is right on brand and aligned with Oprah's intention to bring our audience meaningful, entertaining programming," said Sheri Salata, president, OWN. Added Erik Logan, president, OWN, "We feel really good about the direction the network is heading in 2012 and we're just getting started."

About the New Series:

LOVETOWN, USA
After a nationwide search, OWN and BBC Worldwide Productions have selected Kingsland, Georgia to be transformed into Lovetown, USA. Two expert matchmakers including the real-life "Hitch," Paul Carrick Brunson, and Kailen Rosenberg, with over 200 successful marriages to her name and hailed as a true "love whisperer," will take over Kingsland for 30 days helping eight singles embark on a journey to find true love in their own backyard. From the local mayor to restaurateurs, bosses and even married couples, everyone in the town will be involved. This one-of-a-kind social experiment is the biggest dating challenge in TV history; examining the effects love can have on the DNA of one American community. The show is produced by BBC Worldwide Productions for OWN. Bruce Toms is executive producer. Izzie Pick Ashcroft, Rob Bagshaw and Jane Tranter are executive producers for BBC Worldwide Productions. Charlie Debevoise and Mark Hickman are executive producers for NorthSouth Productions.

LIVES ON FIRE
Lives on Fire takes us inside the extraordinary worlds of four remarkable women who risk their lives every day to take command during California's most dangerous disasters. As members of one of the nation's largest emergency response teams, these female firefighters are ready to battle against nature's most unforgiving forces. Witness the drama, action and danger of their jobs as they respond to life and death situations, all while facing the challenges of working in a man's world. With the ending of each shift, these women also open the doors into their personal lives as they strive to balance being mothers, wives, girlfriends and daughters. Viewers will follow four very different women including Nica Vasquez, a mother who has 15 years of experience working in the service as a fire apparatus engineer; Rosanne Grier, who is in her fifth year as a seasonal firefighter working to become permanent; Michele Dyck, a fire apparatus engineer with seven years of experience who adjusts to a transfer to a new station in Avila Beach, an area known for its dangerous cliff and open water rescues; and Diley Greiser, a mother who is in her seventh year as a firefighter and paramedic who delivers emergency medical care to patients on-scene at all kinds of incidents. Lives on Fire is produced by BBC Worldwide Productions. Executive producers are Melody Shafir and Brad Epstein. Co-executive producer is Anthony Samu. Executive producers for BBC Worldwide Productions are Elli Hakami, Michael Brooks and Jane Tranter.

ARE YOU NORMAL, AMERICA?
Humans are strange beings, but at the same time, we're all taunted by the universal question, "Am I Normal?" From Harpo Studios comes Are You Normal, America?—the new game show that will help viewers figure out how normal (or not) they are! Have you ever peeked at your boyfriend's emails? Or done your household chores naked? Do you and your spouse sleep in separate bedrooms? In addition to ourselves, we also wonder about the people around us: boyfriends, girlfriends, co-workers and neighbors. This lively game show will answer our most burning questions by using a highly scientific and deeply revealing poll, in addition to a "jury" of real Americans, man-on-the-street polling, real life situations shot in the field and in-studio demonstrations. Each episode will feature contestants who will win big money in their quest to learn if they're normal or not. Along the way, audiences will be entertained, enlightened and ultimately comforted by the fact that we're all pretty abnormal...but that's what makes life fun. Are Your Normal, America? is produced by Harpo Studios with Zoo Productions. Executive producers are Jill Van Lokeren and Jon Sinclair from Harpo, as well as Barry Poznick and John Stevens from Zoo Productions (producers of Are You Smarter Than a Fifth Grader?).

About OWN: Oprah Winfrey Network
A joint venture between Harpo, Inc. and Discovery Communications, OWN: Oprah Winfrey Network is a multi-platform media company designed to entertain, inform and inspire people to live their best lives. OWN debuted on January 1, 2011, in approximately 77 million homes on what was the Discovery Health Channel. The venture also includes the award-winning digital platform, Oprah.com. For more information, please visit www.oprah.com/own and www.press.discovery.com/us/own.
Published 02/07/2012