Catch Up with Guests from Oprah & Eckhart Tolle: A New Earth

In 2008, millions of people watched as students Skyped in from all over the world to ask Oprah and Eckhart Tolle how to awaken to their purpose. Find out where those guests are today. 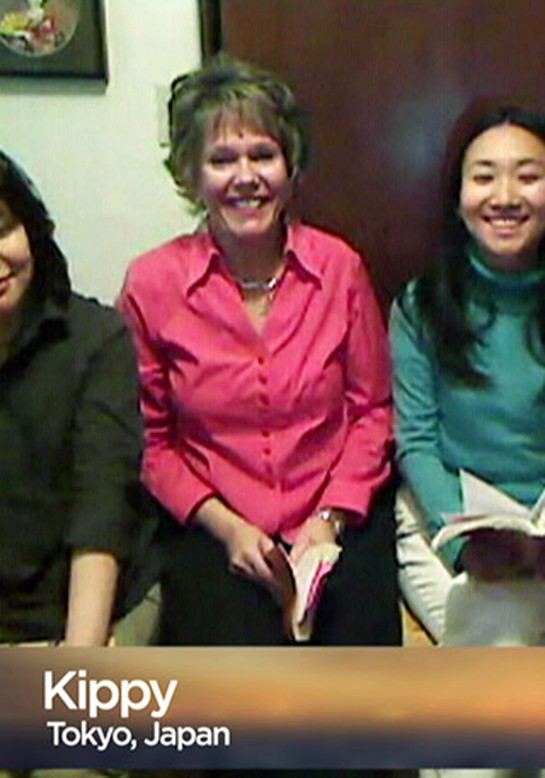 1 of 32
Kippy from Tokyo, Japan
Kippy was teaching gifted students in elementary school at a U.S. Air Force base near Tokyo when she and her reading group joined the broadcast. She had a question about a specific passage from the book.

She read from page 301 of A New Earth: "Enthusiasm means there is deep enjoyment in what you do plus the added element of a goal or a vision that you work toward."

Kippy wanted to know how we could have goals or visions if we are meant to stay in the present.

"A goal that is powerful, when you are in touch with your own power, is not a goal that you project yourself mentally to and say, 'I would like to achieve this or that,'" Eckhart said. "'At some future point, I will need that. I want that to complete myself.' You're reaching out towards that goal; you're losing yourself. You're not present."

However, Eckhart said that a powerful goal is not about the future but actually a matter of realizing the vision that is already a reality inside oneself. The power will manifest itself externally in time.

"What you are visualizing is not yourself in some future state," Eckhart said. "Get in touch with the power. What would it feel like if you were an actress already successful? What does that feel like inside you?"

Oprah summarized his thoughts by saying it's important to examine and envision how you can use your talent in the world. It's not what a person does that is important but how he or she does it.