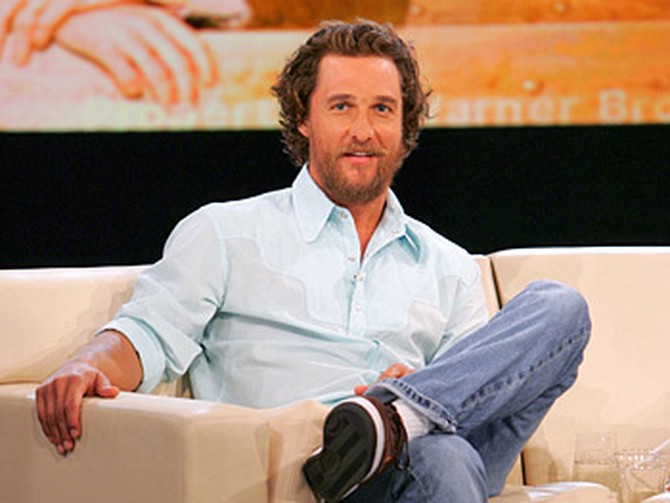 He can melt a million hearts with a flash of his mega-watt smile, but today Matthew McConaughey is sharing something very close to his own heart—the role he says he was born to play!

Matthew's new film, We Are Marshall, is the true story of a tragic accident that tested the spirit of an entire town. In Huntington, West Virginia, Marshall University's "Thundering Herd" football program was more than a sport—it was the heart of the community until one fateful night in 1970. While traveling home after a game, the chartered jet carrying the football team, coaches and some fans crashed less than a minute before landing. All 75 people on board died.

As the community copes with the tragedy, the school administration debates whether to shut down the team or start from scratch. Matthew plays Jack Lengyel, the new coach who believes he can beat the odds and rebuild the team.

Matthew says the film has a real emotional impact on him—he tears up every time he watches it. "I've seen it now five times, and I've quit trying to keep it from getting me," Matthew says. "It happens every time." 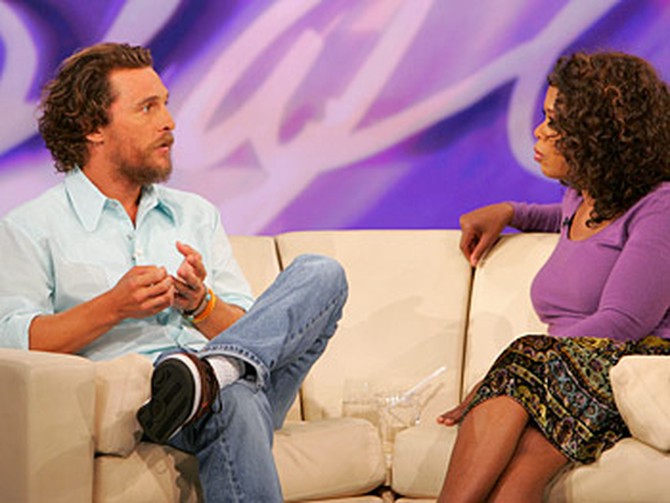 Matthew first read the script while camping and says he felt an immediate connection to the story. "It was the first script I've ever read in 12 years that [after] one read from beginning to end, I shut it and said, 'I've got to be a part of this somehow,'" he says.

Playing Jack Lengyel—a father, husband and football coach—also helped Matthew feel closer to his own father. Matthew's dad Jim, who passed away in 1992, once played for the Green Bay Packers.

Matthew says he channeled his father throughout the film, especially in an emotional scene where Jack speaks to the new team at the gravesites of those killed in the crash. "A coach of kids in college is sometimes a father figure...sometimes needs to give you a swift kick in the butt, sometimes needs to give you some tough love," Matthew says. "You've got to handle each individual differently when [they're] kids because you're more of a teacher than a coach. I got to know my pop real well through this." 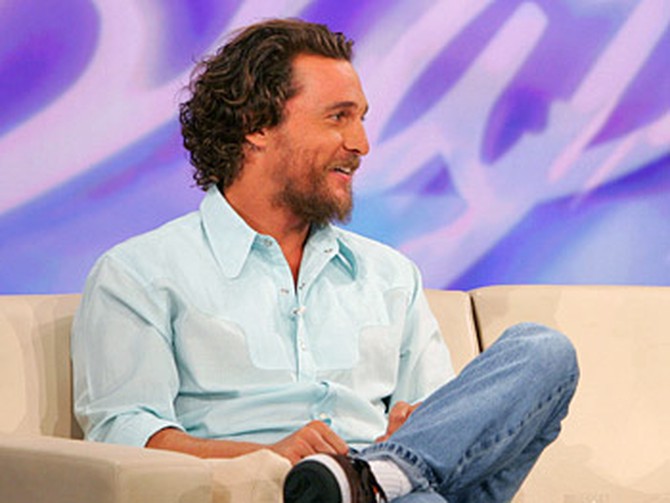 Matthew and the crew filmed We Are Marshall on location in Huntington, West Virginia. "Everyone in this town to this day is connected to this event...either by bloodline, lore or friendship," Matthew says.

The wounds are still fresh more than 30 years after the crash. Matthew says some residents told him it was "kind of weird and kind of spooky" to be filming a movie about it in town.

In fact, Matthew says many residents didn't want to bring the football program back at all after the crash. Eventually, the town was won over by Matthew and the film crew because residents realized they were there "to do the story justice."

Matthew says that some people who haven't attended a Marshall football game since before the crash have now returned to the stadium. "They're taking the field. I'm really honored," Matthew says. "This is the most gratifying experience I've had as an actor." 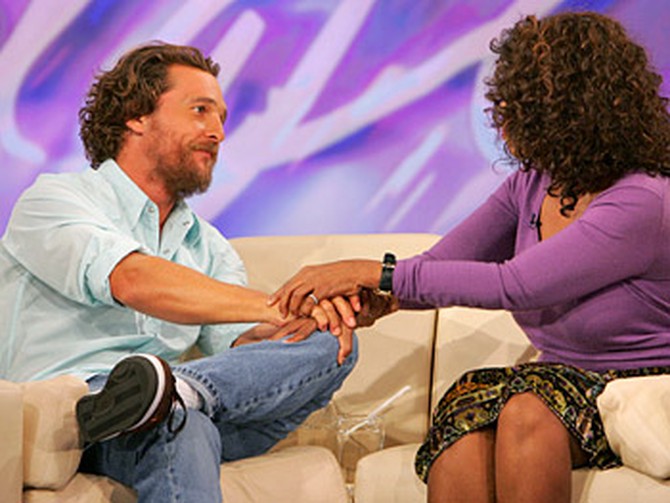 We Are Marshall is a powerful film, Matthew says, because it's a football story about more than just the game of football. "You don't forget your past, you don't forget your loss. You've got to respect it. And with good memory, and good hope, something to look forward to, then we can just keep livin', or just keep playing today," Matthew says. "Things we don't want to remember, we need to, whether they hurt or they don't because they form who we are. But you've got to move on—not forgetting. You've got to move on. Strap on the boots and take the field of life, take the field of football."

"There's no rule book for how do you deal with [grief]. We all do it our own way."
Published 12/06/2006
More The Oprah Winfrey Show
Tragedy at Virginia Tech
MC Hammer Through the Years
Excerpt from Stories I Only Tell My Friends
Last-Ever Makeover Extravaganza
Tribute to The Oprah Show's Audience
Stories Rob Lowe Only Tells His Friends
14 Stories of Overcoming the Odds
Richard Branson's Private Island Paradise