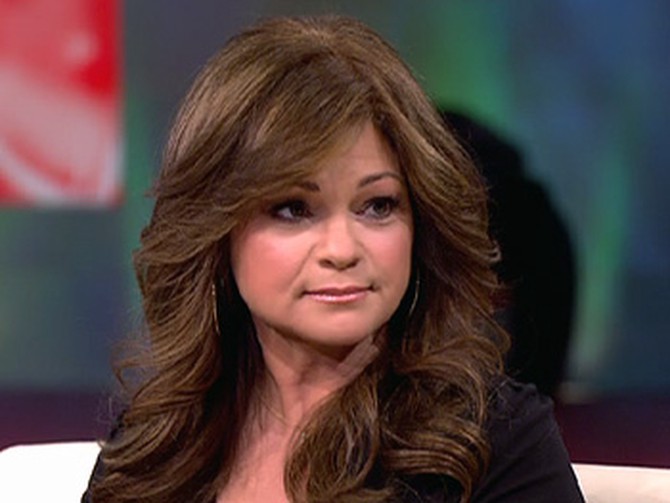 5 of 10
As Valerie and Eddie's tumultuous marriage continued, she says she discovered Eddie was cheating on her. "I heard him on the phone talking with [someone who], I assume, was a woman, and he was talking about how he just wanted out of the marriage," she says. "He was done."

Years later, Valerie says she received additional proof of his infidelities when she says she got a phone call from an angry man who said his wife was cheating on him with Eddie. "When I got off, I was crying but I was like, 'I can't believe I just had that conversation,'" she says. "Welcome to my life."

Instead of ending their marriage, Valerie says she was stubborn and thought their relationship would improve. "I probably ate it a lot away and got mad at him," she says. "And we went to therapy, and we talked it through."

Still, Valerie says she can't place all the blame on Eddie—she was unfaithful, too. When she was 25, Valerie says she cheated on Eddie. "I was infatuated with the drummer of this band [who] was friends of my brother," she says. "I just wanted somebody to touch me and love me. And I wasn't getting it at home. Now, that's not an excuse. What I should have done is dealt with the problems in our marriage, separated, and then if I want to go do something, I can. But it was a big, huge wrong choice."

In her book, Valerie also wrote that she passionately kissed another woman while she was married. "Afterward, I think the next morning I felt so guilty—that I felt like I had cheated on Ed—that I think I rarely talked to her after that," she says."
Published 02/25/2008
PREVIOUS | NEXT
More The Oprah Winfrey Show
Robert Redford's Life in Photos
Clayton's Survival Story
Sarah Ferguson's Life in Photos
Children Changing the World
Road Trip All-Stars
Shirley MacLaine's Starring Roles
Lea T's Greatest Hits
Barbra Streisand's Leading Men