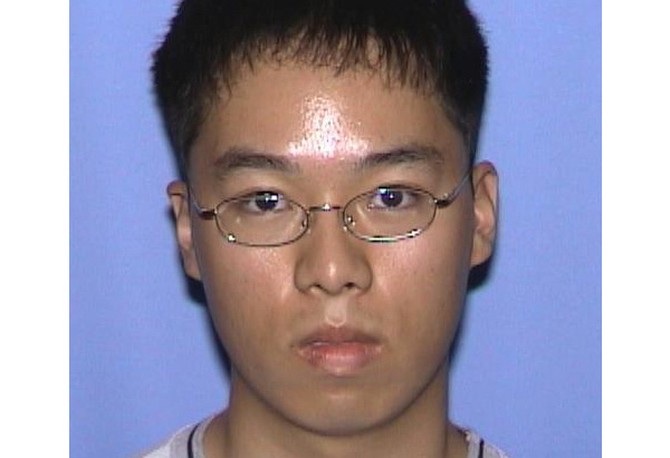 13 of 17
Lucinda sent Cho's response along with some of his writing to the Virginia Tech police and the school's counseling service. But the police told Lucinda that there was nothing they could do because Cho's work did not contain an "overt threat."

"Right now as the law stands, unless somebody actually threatens to do something, then it's incredibly difficult to move on them," she says. "The police and counseling and the college and student affairs, all of them really wanted to help me as much as they could and they responded quickly, but they felt that their hands were tied because of the legality of the situation."

Because the students and teacher were uncomfortable, and Lucinda wanted them to feel safe, Cho stopped attending the class and Lucinda tutored him. During those sessions, Lucinda says she had a signal she could use to let her assistant know to call security if she began to feel unsafe. "That sounds very unusual, but in fact, I would think that most people in administrative positions or who work very closely with students do have some kind of safety mechanism so that they can call for help," she says.

In fact, Lucinda has heard from many teachers who face this issue. "I've been getting e-mails and phone calls from people all over the country, from middle school up, saying, 'I'm going through the same kind of thing. What can I do?' or 'I'm afraid to give an F to a student because I don't know what the reactions are going to be,'" she says. "This is endemic. This is a really serious problem."
Published 01/01/2006
PREVIOUS | NEXT
More The Oprah Winfrey Show
15 Most Frequent Celebrity Guests
15 Favorite Funnymen
14 Stories of Overcoming the Odds
The Egglestons Mean Business
Ali MacGraw's Timeless Style
Remembering Nelson Mandela: 1918–2013
A Look Back on Oprah's Favorite Things
6 Unforgettable Oprah Show Reunions