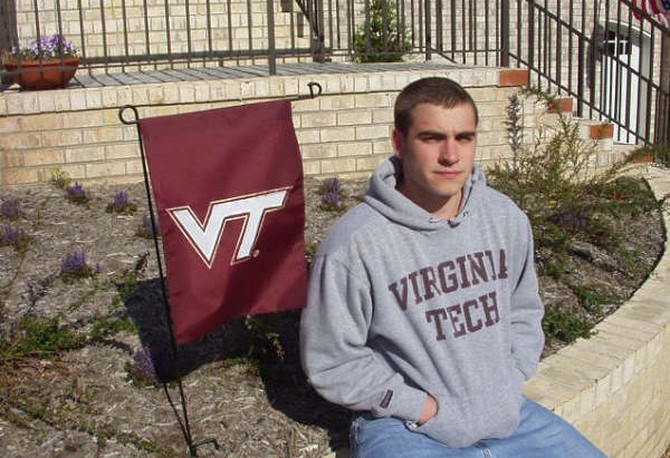 11 of 17
Virginia Tech senior Zach Petkewicz has been called a hero for saving lives with his quick thinking during the shooter's rampage. When the first shots rang out as Zach sat in class that morning, he says he initially thought they might be from construction or a science experiment. "But then I heard a girl scream, and that's when it all set in that something was happening," he says.

Zach says two girls in his class looked into the hallway and said they saw a man with a gun, and then slammed the door shut. "That's when everybody in the class kind of got out of their seats, kind of scattered in a panic," he says. At first, Zach hid behind the teacher's podium, but as he realized how vulnerable he and the other students really were, he sprang into action.

With the help of two classmates, Zach barricaded the door with a table to keep the shooter out. The gunman tried to force his way in and even succeeded in opening the door a few inches. When Zach and his classmates forced the door shut again, he says the gunman shot at it twice and then reloaded—and Zach thought he wasn't going to stop. "At that point, it was either me or him," Zach says. "And by the grace of God, he didn't try to force his way in again, and just started walking down the hall, firing again."

"I've heard psychologists say that there are three kinds of people in these situations—that there are people who act immediately, and there are other people who go into shock and can't move, and then there are other people who run screaming and hysterical," Oprah says. "And thank God you were the one who knew how to act."
Published 01/01/2006
PREVIOUS | NEXT
More The Oprah Winfrey Show
15 Most Frequent Celebrity Guests
15 Favorite Funnymen
14 Stories of Overcoming the Odds
The Egglestons Mean Business
Ali MacGraw's Timeless Style
Remembering Nelson Mandela: 1918–2013
A Look Back on Oprah's Favorite Things
6 Unforgettable Oprah Show Reunions