They top the music charts and star in Hollywood blockbusters—count down the 15 celebrities who visited The Oprah Show most often! 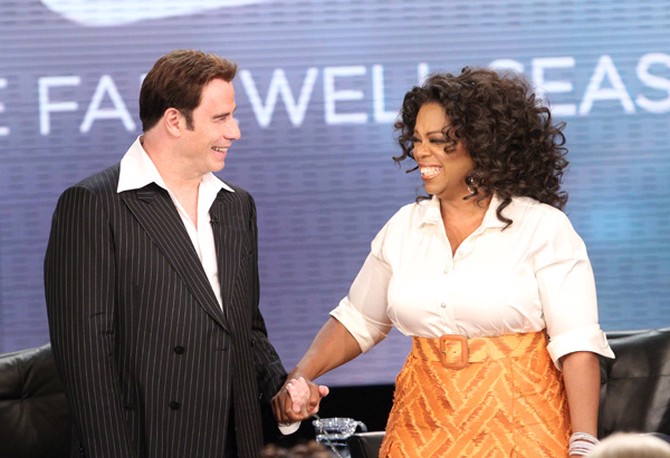 9 of 15
7. John Travolta
John Travolta made his 20th Oprah Show appearance in September 2010 when he danced Oprah onto the stage for her farewell season premiere...and helped surprise 302 Ultimate Viewers with a trip to Australia!

Look back at some of our favorite John Travolta moments