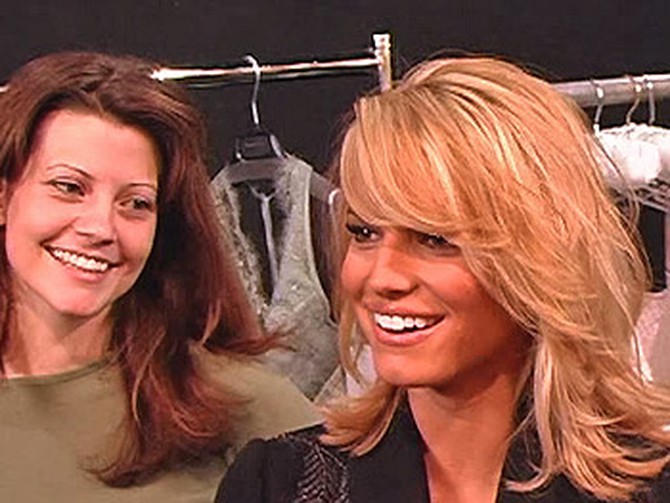 The press just can't get enough of golden glam girl Jessica Simpson. When this pop princess steps out, fashion photographers lose their minds. She's a self-proclaimed power shopper, always dazzling in Dior, voluptuous in Valentino and sexy in Chanel. 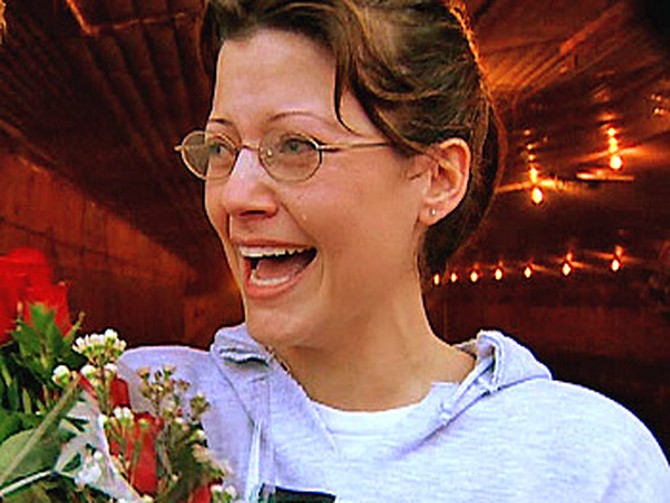 Welcome to Carnesville, Georgia. Population: 569. There's one stoplight, one grocery store and hundreds of thousands of chickens. The Oprah Show is here to surprise Heather, a small-town chicken farmer. She wants to fly the coop for just one day of Tinseltown glamour.

Heather gave up her career as a high school math teacher to be home with her children. To make ends meet, she traded her chalk for chickens. Heather's job is not all fun and feathers, she says. "After I leave the chicken house in the morning, I'm just covered in…chicken stuff that I won't even mention." Between taking care of her children and her chickens, Heather has very little time for herself. "If I could just feel pretty for one day," she says, "I think that would help me out so much. The next time I'm in the chicken house, I can think of what I can be and it will help me get through." 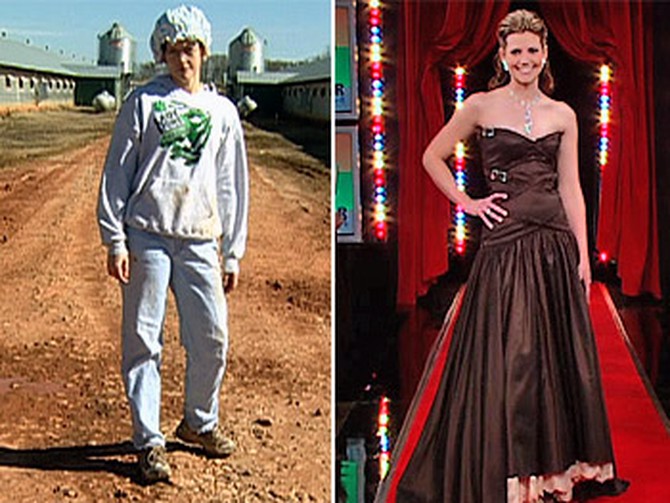 Jessica's beauty team took Heather from chickens to chic. "I think she's a very sexy chicken farmer," Jessica says. Heather says she's waited her entire life for a moment like this. "This proves that anything is possible," she says.

Gena is a southern beauty from North Carolina who loves fashion and dreams of being an elementary school teacher. But last year—her freshman year in college—Gena noticed a lump in her neck. She was diagnosed with Hodgkin's lymphoma, a rare and deadly form of cancer. Gena's spunkiness encouraged her family through painful chemotherapy treatments, but there were times of overwhelming sadness. "When she lost her hair," Gena's sister Kesha says, "It was hard. It was hard watching her struggle."

After six months of chemo and three months of radiation, Gena has finally completed her treatment. Kesha says that nobody deserves a red carpet makeover more than her brave sister. 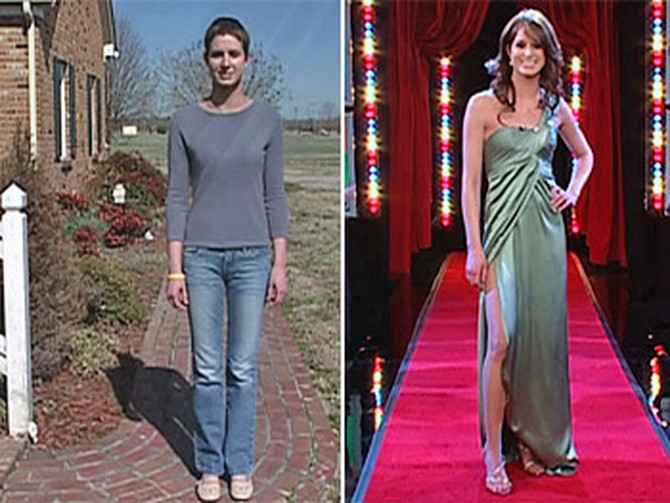 Jessica Simpson, Gena's all-time favorite performer, has orchestrated a fairy-tale makeover. Gena says that the experience has made her feel good again. "I feel absolutely fabulous," she says. "It's just been a dream come true. It's been such a blessing." 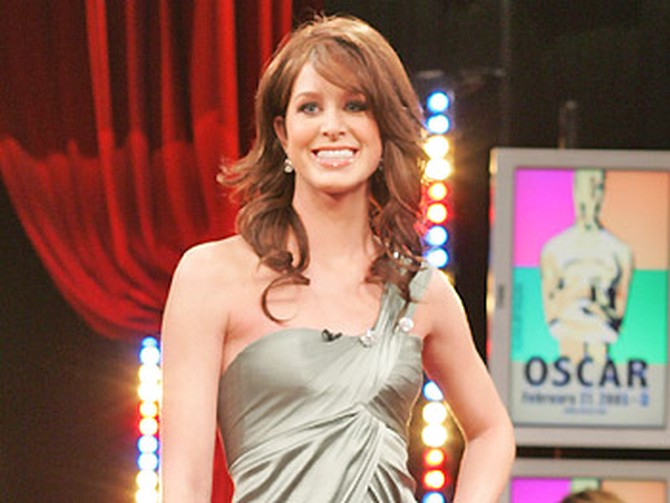 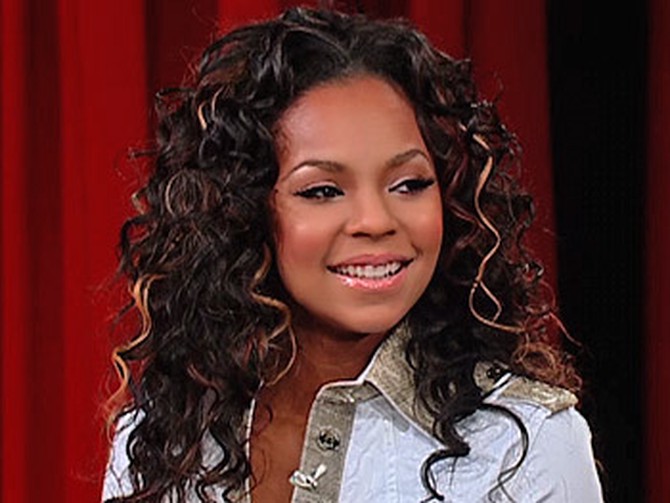 Her honey sweet voice and knockout looks have made Ashanti a chart-topping cover girl. Only 24 years old, this R&B beauty is a Grammy Award winner who has sold over 7 million albums worldwide. Her latest CD, Concrete Rose with the sizzling new song "Only U," has already gone platinum. But this hip-hop princess isn't just making her mark in music; she's also striking gold in the world of fashion. Her stunning couture gowns and eye-catching outfits make her a red carpet favorite.

Oprah: How would you describe your fashion style?

Ashanti: I like to be classy, sassy, sexy…not trashy. 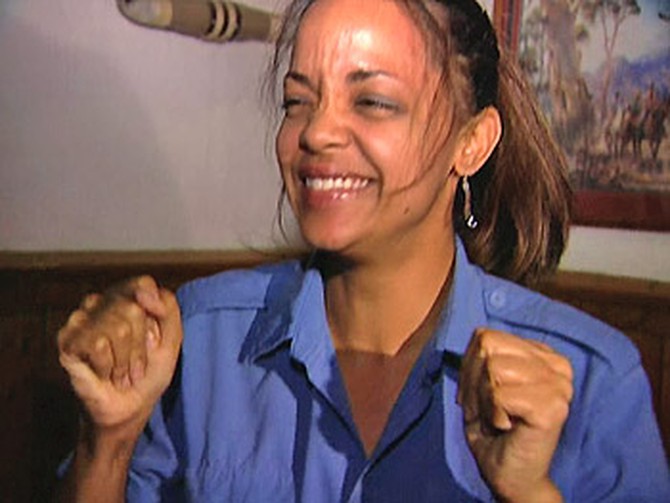 Jennifer is a single mom and waitress from Burbank, California, who doesn't remember the last time she pampered herself. Instead, Jennifer says she spends all her time and money making sure her young son has everything he needs. "My son means everything to me," explains Jennifer. "I was 18 years old and I hadn't even graduated high school when I found out I was pregnant. I was on a totally different path. I didn't take responsibility for anything and the day I found out I was pregnant it hit me immediately: I had a chance to raise an incredible person. I think my son saved my life."

Jennifer couldn't imagine anyone fussing over her so we surprised her with a trip to Chicago and a makeover from Ashanti! 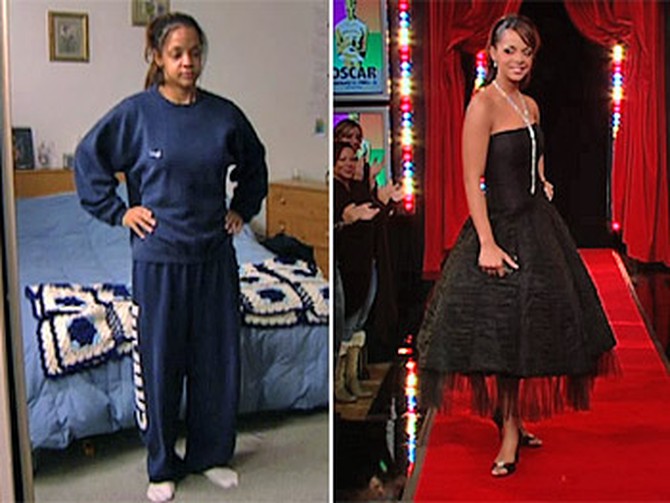 Just hours ago Jennifer was serving up steaks—look at her now! Ashanti brought her own elite style team: wardrobe stylist Rosie Michel, makeup artist J.J. and hairstylist Hadiiya Barbel to polish off Jennifer's red carpet look—but they didn't have to teach Jennifer how to strike a pose!

"I feel amazing!" says Jennifer. "I could so get used to this!" 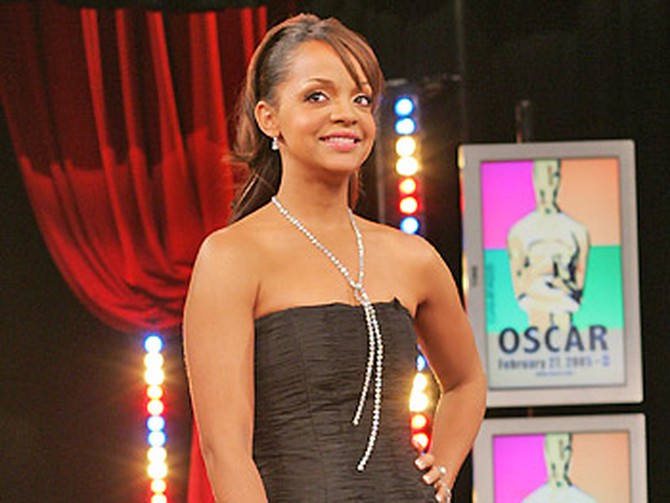 Jennifer is wearing a Melissa Sweet cocktail dress and 20 carats of diamonds from the Martin Katz collection. Her handbag is by Judith Leiber. 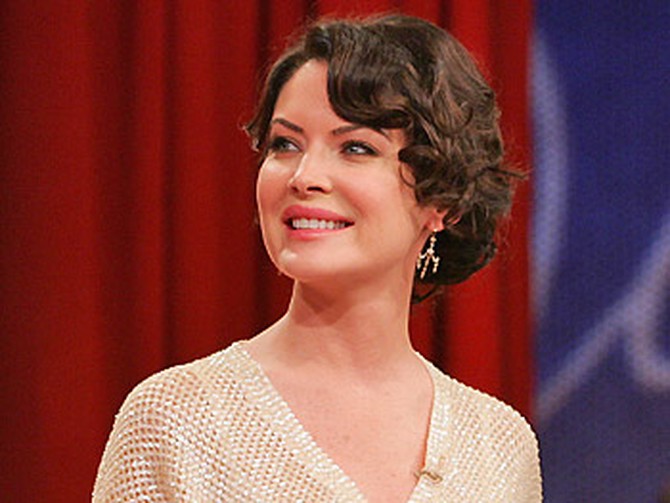 Actress Lara Flynn Boyle, best known for her role as an uptight lawyer on the hit TV show The Practice, is anything but uptight when it comes to fashion.

Oprah: Is it true you wore a $40 nightgown to a premiere once?

Lara: I did. Growing up I didn't have a lot of money and my mom always said, "It's not really about how much something costs but how you put it together and how you feel in it." And that nightgown I loved so I dyed it that color and wore it.

Oprah: Is it true you have red carpet tricks for…enhancing the boobies?

Lara: Oh, yeah. Everything from the tape to the jellies you put inside—it's a lot of work that goes on before what people see…and it can be a lot of work getting it all off!

Oprah: Did you ever have any emergencies on the red carpet?

Lara: I had a great dress that I wore to the ESPY's one year and I needed gold high heels for this. So I had a pair of high heels that I liked so I went in the garage and I spray painted them gold. And it was great, but then at the end of the award show it was hot outside and the gold spray paint started coming off on my legs. 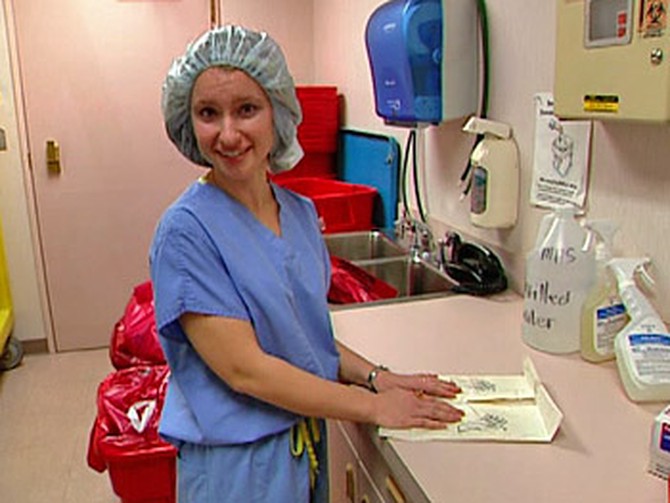 As a labor and delivery nurse, Tiffanie rarely has any time for herself. She spends her days helping to bring new babies into the world—swaddling them and charting their weight and length. But as much as she loves her work, it's not very glamorous.

Not only is she a dedicated nurse, she's also a loving wife and devoted mom. And like many moms, she tends to put everybody else first. "I can't remember the last time that I ever pampered myself," says Tiffanie, who often goes from scrubs to sweatshirts. The last time she felt glammed up was her wedding day seven years ago.

We ordered a surprise red carpet makeover stat! Our dream team rushed to Tiffanie's hospital to deliver the good news.

"It's always been a dream to me to be able to be picked for something. To get this red carpet makeover, to have the time for someone to take care of me, is just something that I will never forget in my lifetime," she says.

Congratulations, Tiffanie, you're on your way to Chicago for an Oprah Show makeover with Lara Flynn Boyle! 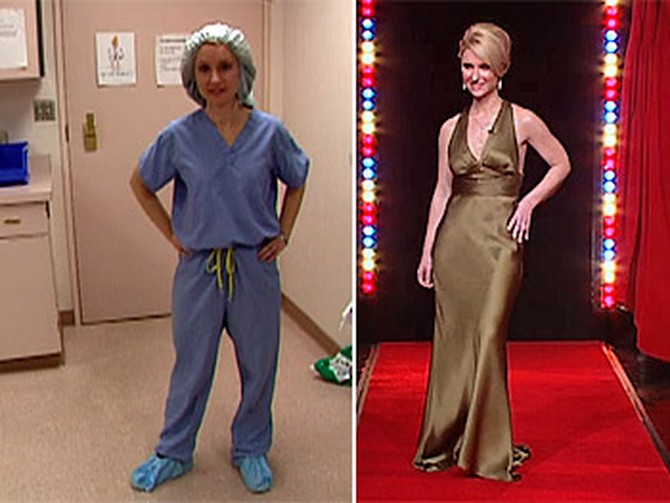 Just yesterday, Tiffanie was in scrubs delivering newborns. But, oh, baby, look at her now! 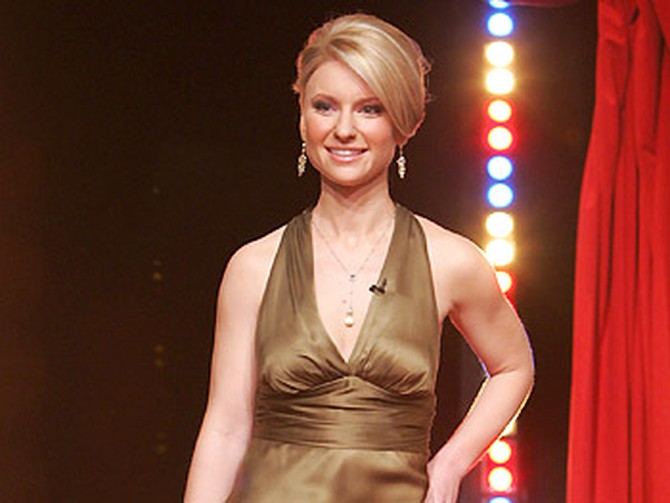 For her own wedding, Tiffanie not only did her own hair, she did her bridesmaids', too! But today, actress Lara Flynn Boyle was in charge of Tiffanie! Wardrobe stylist Jesse Garza, celebrity hair stylist Ken Pavés, celebrity colorist Rita Hazan and makeup artist Joanna Schlip created Tiffanie's star-studded look.

And the dress—Tiffanie looks fabulous in the olive Nicole Miller gown! And she's dripping with gorgeous diamonds from the Martin Katz collection.

Superstars Jessica Simpson, Ashanti and Lara Flynn Boyle have transformed four very deserving viewers into red carpet starlets but, of course, that is not all.

Heather, Gena, Tiffanie and Jennifer's star treatments are just the beginning! Courtesy of our friends at Target, each of the lucky ladies and a guest are cordially invited to Tinseltown for a special Oscar® weekend! They'll have front row bleacher seats for Hollywood's ultimate walk of fame.

They'll also dine at one of L.A.'s hottest restaurants, Chi, co-owned by Justin Timberlake. And they'll party the night away at exclusive post-Oscar® parties! Get all the details at Oprah's After Oscar Party!