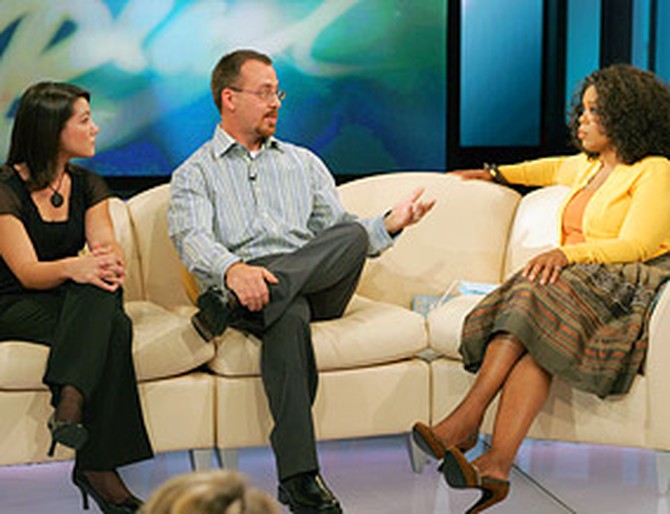 Now that he's stopped looking at pornographic websites, Josh's body is suffering from withdrawal symptoms. For the past two weeks, Josh says he's been getting headaches and feeling irritable and anxious. "You wouldn't expect this because, you think, 'It's material that you choose to look at,'" he says. "But, I mean, drugs are things that you choose to take."

Rebecca thinks her husband's addiction was an attempt to fill a void in his life. "He found a sense of peace and a sense that everything was okay when he was by himself in front of that computer," she says. "He didn't have to deal with the outside world."
Published 11/30/2005
PREVIOUS | NEXT
More The Oprah Winfrey Show
Shania Twain Speaks Out
Hollywood Legend Michael Douglas
Shania Twain's Career in Photos
Celebrity Siblings
17 Rockin' Artifacts
Memorable Mini Musicians
Reaching Out to the World
Excerpt from Connect to Love