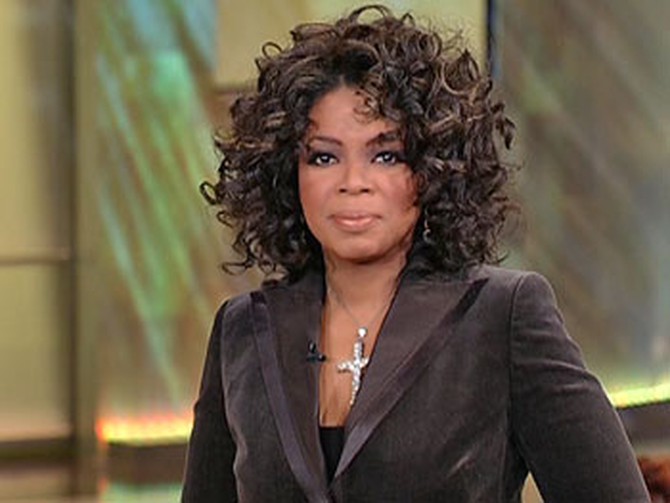 Today's guests are people Oprah has been thinking about for years—some controversial, some headline-making and all unforgettable.

In The Oprah Winfrey Show's 20-year history, more than 22,000 men and women have shared their stories, and today we're following up to find out how some of them are doing now. 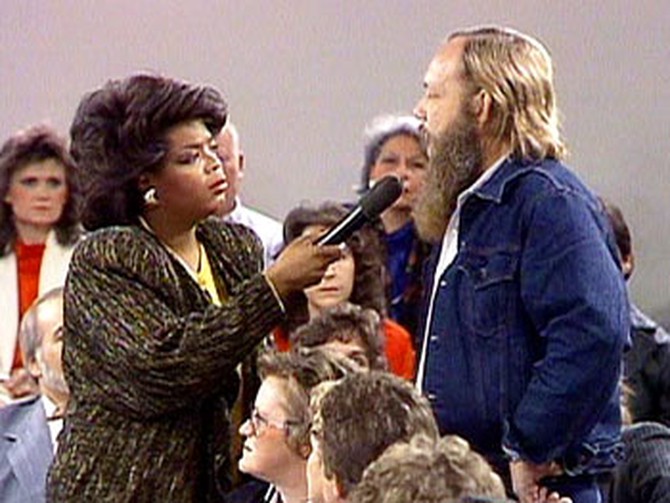 In 1987, Oprah packed up the show and headed south to Forsyth County, Georgia, a place where not one black person had lived in 75 years.

Oprah called a town hall meeting to hear from the citizens, and one man named Dennis stood out. "I'm afraid of [blacks] coming to Forsyth County," he said to Oprah at the meeting. "I was born in Atlanta, and in 1963, the first blacks were bussed to West Fulton High School. I go down there now and I see my neighborhood and my community, which was a nice community, and now it's nothing but a rat-infested slum area because they don't care."

"You have blacks and you have 'niggers,'" Dennis said. "Black people don't want to cause any trouble. … A 'nigger' … wants to come up here and cause trouble all the time. That's the difference." 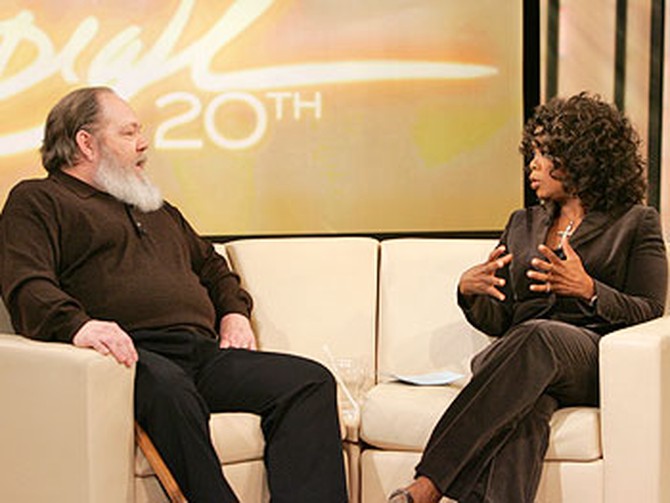 Oprah has never forgotten the bearded man named Dennis. For years, nobody knew what happened to him…until one day an e-mail arrived. It was signed "the bearded man in Forsyth County, Georgia."

Dennis is here today to speak about his experience on the show and in the years since. "I would see [people] in the stores and they would go to the next aisle to keep from having to speak to me," he remembers.

He also wants to clear up a misunderstanding he thinks people have about his last interview with Oprah. "Let me say this…in front of God and everybody: I was not insinuating the 'n'-word towards you," Dennis tells Oprah. "I want to apologize for that. If you took it that way, I'm sorry."

Despite what Dennis thought, Oprah says she never interpreted it that way.

"I want you to know I never thought you were calling me a 'nigger' because I'm not one," Oprah says. "So there's no way I could have felt that."

How does Dennis feel about his original remarks?

"I spoke from what I had lived and that's all anybody can do," Dennis says. 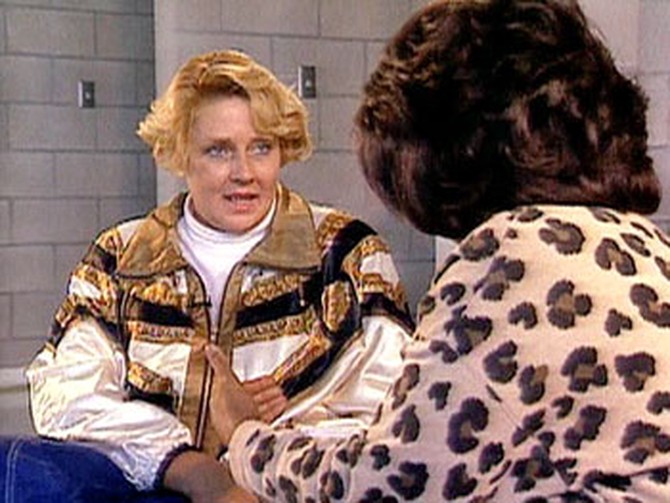 In 1992, millions of Oprah viewers tuned in to follow one couple's headline-making story of betrayal, divorce and double murder.

Dan Broderick was a successful attorney, and his wife, Betty, was a loving mother to their four beautiful children. They lived in a five-bedroom home in a San Diego suburb. It seemed like the perfect marriage…until Dan fell in love with his 22-year-old legal assistant, Linda.

After 16 years of marriage to Betty, Dan filed for divorce and eventually gained custody of their four children. One morning, just before dawn, a desperate Betty Broderick drove to the home of her ex-husband and went to the master bedroom, where she found Dan and Linda asleep. She pulled out a revolver and showered the sleeping couple with bullets. Linda died instantly and Dan minutes later.

Betty Broderick was convicted of two counts of murder and sentenced to 32 years in prison. Oprah interviewed her for the first time shortly after she was convicted. Eight months later, Betty granted Oprah her first prison interview at the Central California Women's Facility.

Today, Betty Broderick is still in prison. She is up for parole in 2011. 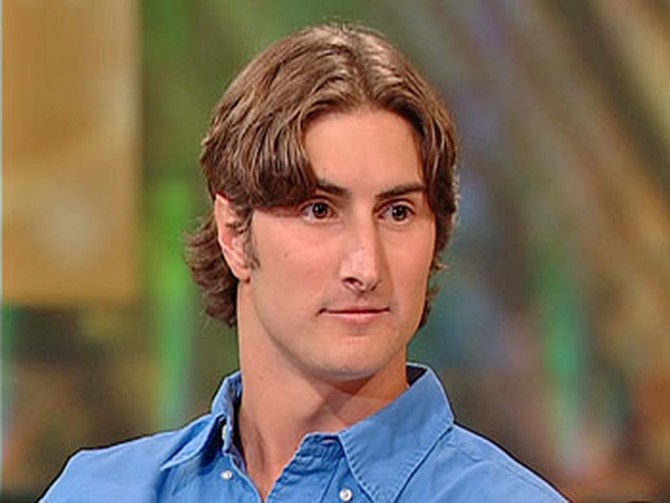 Rhett Broderick is the youngest of Betty and Dan's four children.

The morning of the murders, Rhett woke up at his mother's house. (Betty had custody every other weekend). When police arrived, Rhett says he knew who they were looking for. "I kind of suspected that my mom was getting into trouble," Rhett remembers. "Every time she went over to my dad's house, he would immediately call the cops, and she'd be violating her restraining order. So that's what I figured had happened."

It was a family friend who told him about the shooting. "I just remember thinking, 'Wow.' I wasn't really surprised. … On multiple occasions [my brother and I] went to my dad and said to him that we wanted to live with my mom, and that not having her kids was driving her crazy—and that she could do something extremely irrational if she didn't have us."

With his father dead and his mother in prison, Rhett was shuffled between relatives and even spent time in boot camps for rebellious teens. The scrutiny he endured didn't make it any easier. "I constantly felt like I was under the microscope, like everything I did they were trying to blame on my parents' situation," he says. 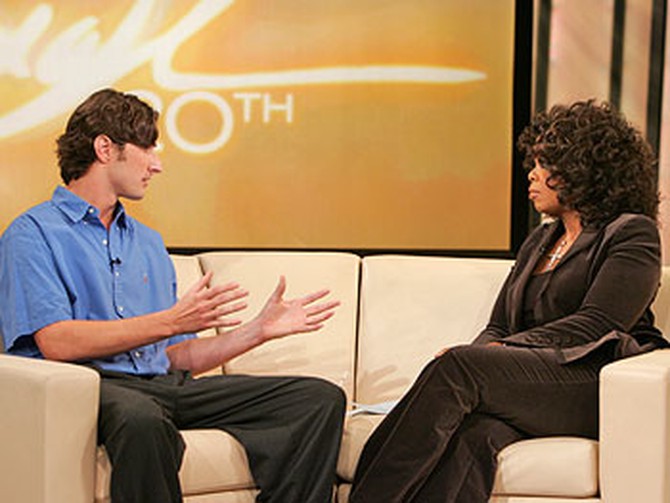 Betty has been in prison for most of her son's life, and Rhett says he feels strongly that she should be released. "She's a nice lady. Everyone here would like her…if they spoke with her on any topic other than my dad. Keeping her in prison isn't really helping her. She's not a danger to society—the only two people she was a danger to are dead."

Rhett has embraced the reality of his past while not letting his parents' story define him. "It's how you deal with it," he says. "[It's] your integrity as an individual that really makes you who you are."

Erin Kramp is a special mom who Oprah calls a "heartprint" for her extraordinary legacy of love.

Erin and her husband Doug were happily married, raising their daughter, Peyton, when out of the blue Erin was diagnosed with breast cancer. Afraid that 6-year-old Peyton would have to grow up without her, she began working on a legacy of love, recording hours and hours of motherly advice for her only daughter. The videotapes covered everything from how to choose makeup ("Try to find makeup that looks natural, like you're not wearing any") to how to choose a husband ("Pick a very nice guy who has a backbone"). In the midst of grueling treatments, Erin also found the strength to write letters and prepare gifts for Peyton to open every Christmas and birthday after she was gone.

"I can't tell you how many times I've thought about [Peyton] and wondered if she's listening to those tapes," Oprah says. 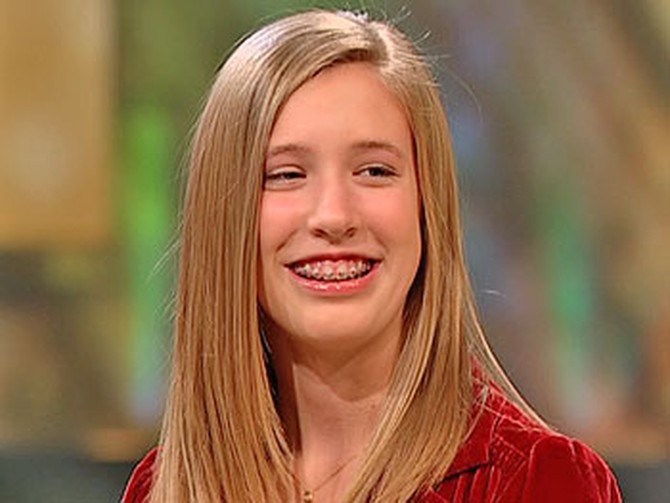 It was shortly after Erin's death that Doug began showing Peyton the tapes. "At first it was kind of emotional for me to hear her voice, see her face, hear her laugh again," says Peyton, who is now 13. "I had seen her the night before she had died, and then I had been at her funeral. Then I saw her first tape and it was like, 'Wow, she's back.' It feels like I'm having a conversation with her even though she can't hear me."

Peyton has now watched or listened to 12 of the more than 100 video and audiotapes left by her mother. "It made me feel very special to see all those tapes," Peyton says. "I guess it was just showing me how much she really loved me. When most people lose a loved one, they forget all about what they look like. With mom's videotapes that she made, I know what she looks like—I can still hear her voice. … I can feel her love."

Erin's tapes also serve a very practical purpose! "If I have a question or there's something I don't know what her opinion would be, it's kind of like a dictionary," Peyton says. "I can go and look it up, and she's right there telling it to me." 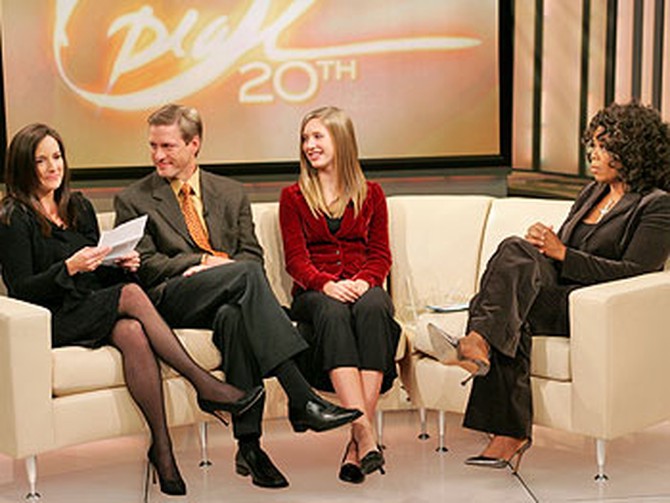 In one of her most important tapes, Erin tells Peyton that she hopes Doug will marry again. "If God decides to take me to heaven, I'm going to be looking for another soul to bring to Daddy. I want you to know that I would very much bless Daddy remarrying."

Even with Erin's blessing, Doug says the thought of remarrying was far from his mind. Then three years later, he met Cheryl. "When he first told me he was ready to propose to Cheryl, I just told him I wasn't really ready," Peyton says. "I need to get to know her better—and we did."

Doug waited to propose, giving Peyton and Cheryl more time to bond, and on March 29, 2003, the two were married. Peyton was their maid of honor.

On their engagement night, Peyton gave Cheryl a very special letter. "I know that you will be the perfect mother for me," it read. "I promise to always love you and respect you for the rest of my life. I love you…Mom."

"I cried," Cheryl remembers with tears in her eyes. "It was the first time she had [called me] 'Mom.'"

The extraordinary love of the Kramp family continues to grow—Cheryl and Doug are expecting their second baby together. 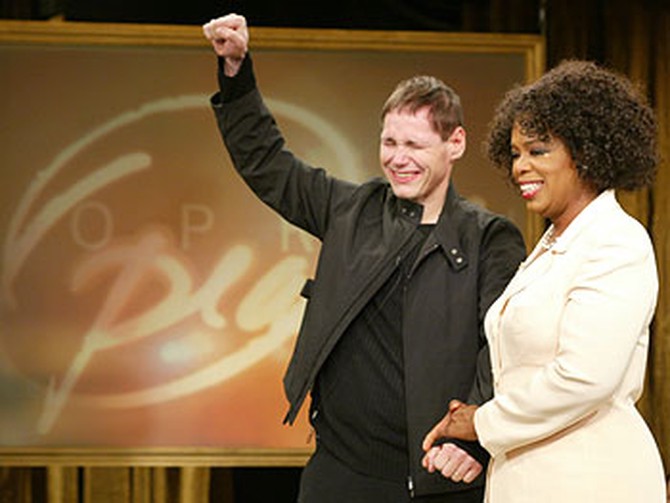 In two decades of television, Oprah says she has never felt a story the way she felt the one about David.

Back in 2003, David appeared on the show after he'd lost more than 300 pounds . For years it had been his dream just to sit in a Porsche. Oprah granted him his wish…and then some! After he enjoyed a few minutes in the driver's seat, Oprah announced, "Take a good look at this Porsche, because it is yours!" 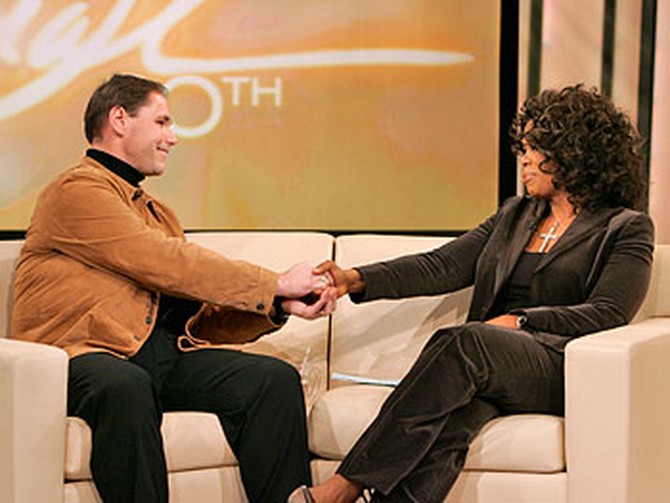 Oprah hasn't seen David since that show, but he's here today! David says that after years of inactivity, he now enjoys riding his bike and staying fit. Is he still driving the car? "All the time!" he says.

Oprah says that the most special moment of the surprise for her was not captured on camera. "When I said, 'The car is yours,' you looked at me and our eyes connected," Oprah tells David. "You mouthed the words 'Thank you,' and I felt that in my soul."

David says that he experienced the same emotion! "I felt like our spirits just [came together] and gave each other a big hug," he says. "All my life [as an overweight person] no one ever gave me eye contact. … That day it was exactly as you said—I felt I was just a new person."

David says that being on the show gave him a gift he "wouldn't trade for 50 Porsches." At the time of the show, his mother was dying of lung disease; she passed away six months afterward. "She kept telling me she was very proud of me and very excited for me and happy that I'm going to live a long time. … I'm happy she was able to go knowing that her boy that she cared about her entire life is going to be okay."

"There are hundreds of people who help me put this show on the air every day," Oprah says. "To honor our 20 years in television, I wanted to thank my Harpo family for everything that they do—going beyond commitment—to serve our viewers."

At the end of the show's 19th season, Oprah surprised her employees with a Hawaiian-themed party, where she announced to them that she would be flying her 407 staffers and their families to Maui for a luxury vacation! 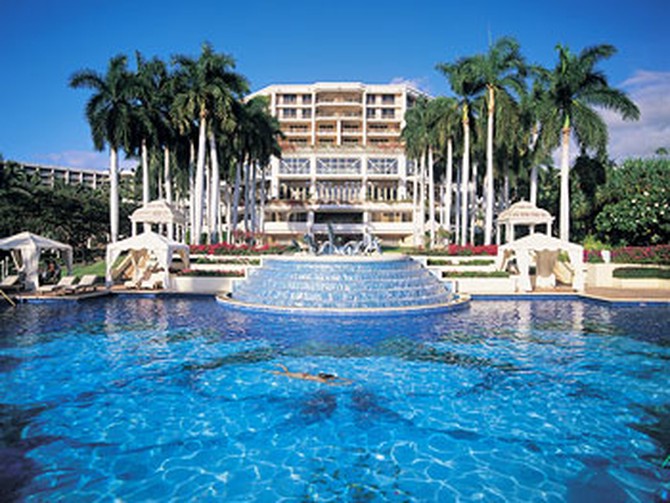