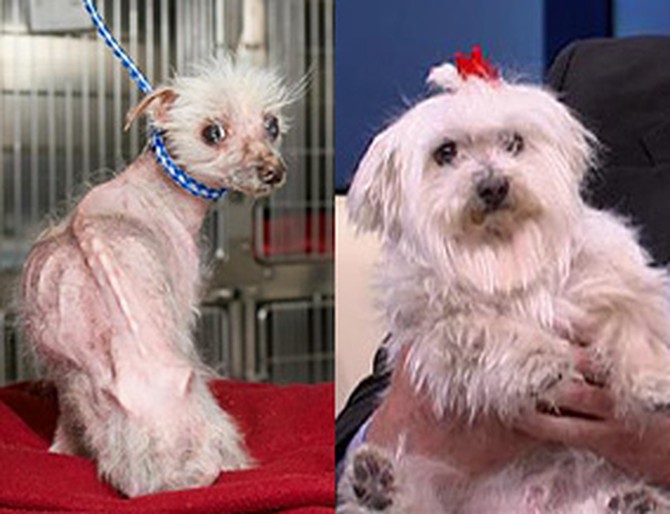 9 of 18
Over the years, Bill says he's definitely taken some of his work home with him—he has 10 dogs! At one point, Bill says he had 12, a bunch he affectionately called the "dirty dozen."

Bill says he usually keeps the dogs who most people would consider "unadoptable." "I have three blind dogs and two dogs with back problems and one dog that was feral in a junkyard," he says.

In January 2007, Bill rescued a Maltese-poodle mix from a breeder. The emaciated puppy had little hair and was close to death. Bill couldn't leave him behind and adopted the little guy, naming him Shrimp.