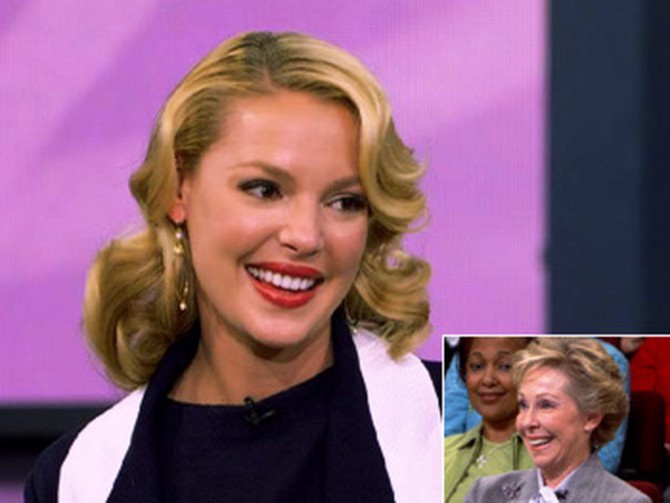 3 of 6
In September 2007, Katherine's years of preparation finally paid off. She took home the Emmy Award for best supporting actress in a drama series...much to her surprise!

Even Katherine's mother and manager, Nancy, didn't see this win coming. In her acceptance speech, Katherine said, "My own mother told me I didn't have a shot in hell of winning tonight, so I really don't have anything prepared, but she's a really big supporter. She does love me."

With so many wonderful actresses nominated in her category, Nancy says she wanted Katherine to be prepared for disappointment. "Obviously, I was wrong," she says.

Though she has a golden statuette as proof, Katherine says she still can't believe she won. "It was sort of the most unbelievable night of my life," she says. "It felt so surreal, and I didn't feel quite in my own body. I kept wishing that I could have those 10 seconds back when they called my name to just feel that moment again."
Published 02/01/2008
PREVIOUS | NEXT
More The Oprah Winfrey Show
Jackson Family Photos
Lea T's Greatest Hits
Robert Redford's Life in Photos
Shirley MacLaine's Starring Roles
Hollywood's Dynamic Duo
The Stars of "Dreamgirls"
First Lady Fashion: Michelle Obama
Ali MacGraw's Timeless Style