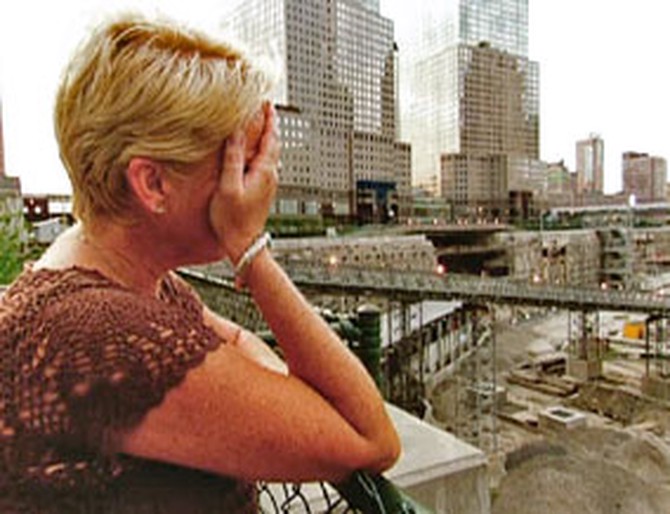 In the summer of 2001, Kathy and her husband, Dan, were happily living on Long Island, New York. "I was a homemaker," Kathy says. "I took care of my husband. I loved my life. We had three beautiful children." Dan was a successful bond trader for Cantor Fitzgerald in New York; the company's headquarters were located on the 104th floor of the World Trade Center.

Dan was in his office in the North Tower on the morning of September 11. Right after the plane struck that building, Dan called Kathy to tell her that he loved her and to take care of their kids. That was the last time Kathy spoke to her husband.

Dan Trant was one of the nearly 3,000 people killed in the terrorist attacks that day. Therefore, Kathy received approximately $4.2 million from the government's Victims' Compensation Fund. She also received an estimated $300,000 in charitable contributions. 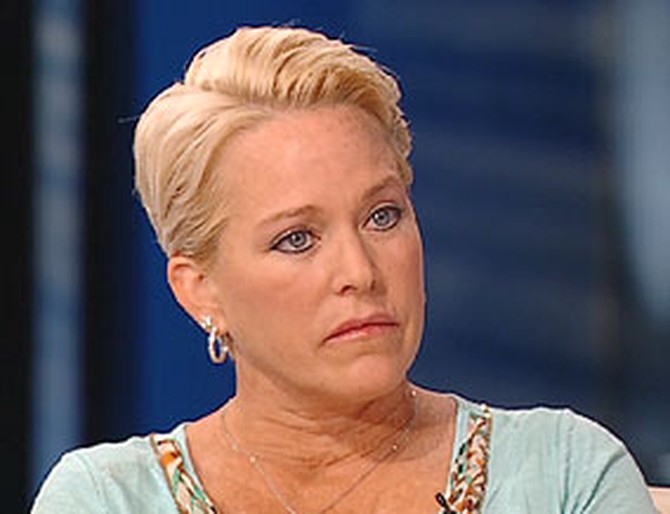 In dealing with the pain of her loss, Kathy says she developed a shopping addiction. "I'd get so upset, I'd go shopping and I'd feel good when I left," Kathy says. "I'd forget about all that other stuff."

Newspapers and tabloids reported that Kathy's "spending rampage" led her to burn through millions of dollars on lavish home improvements, designer clothes, shoes and purses, infuriating the public. "I have about 300 pairs of designer shoes," she says. "I renovated the whole house. … I spent about $1 million on the house." She says she also spent thousands on plastic surgery for friends, including breast reductions, eye lifts, and Botox.

Was Kathy's spending spiraling out of control? "After I lost my husband, I had no control," she says. "They put me on medications for anxiety. I don't know what 'out of control' is after you have your husband brutally murdered and your whole life collapses." 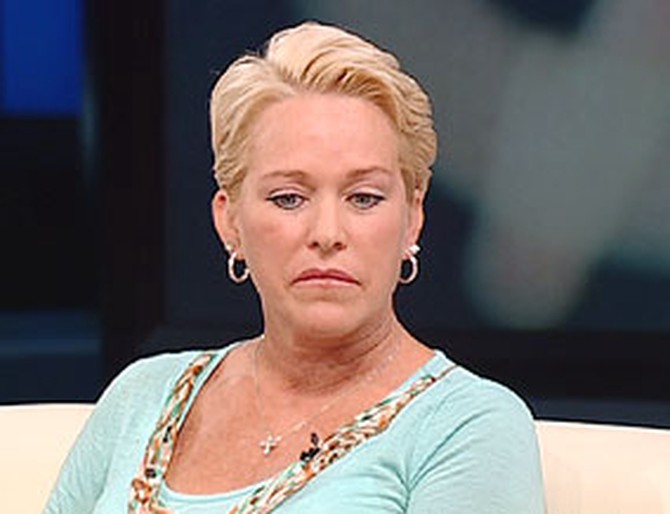 Kathy says the news headlines and tabloid reports don't tell the full story of her grief. First, she sets the record straight on the source of her spending money. "I didn't use any of [the money donated to relief funds]," she explains. "None of that money was used towards my shopping. … All the money people sent to me went to my children. It's in the bank for my children."

Instead, the money she did spend on herself was from the Victims' Compensation Fund, monies that victims of September 11 received based upon, among other things, how much the deceased would have made over a lifetime. "The victims' compensation money was used—my husband's money—was used for that," she says. In accepting the money from the fund, Kathy was required to waive her right to sue the government or the airlines.

She admits that her shopping has not filled the emotional void left by her husband's death. "I want my husband—I don't want material things," Kathy says. "I don't even go out. I wear sweatpants every day." On using shopping to cope, Kathy says, "I didn't handle myself in the perfect way, no. I do have regrets."

Still battling depression, Kathy says she is in "a place where I want to move on." She also feels that more needs to be done to remember the lives lost on 9/11. "There are 3,000 families, and all we're asking for is a memorial down [at ground zero]," she says. "And we're not getting it. So the pain can't go away for me." 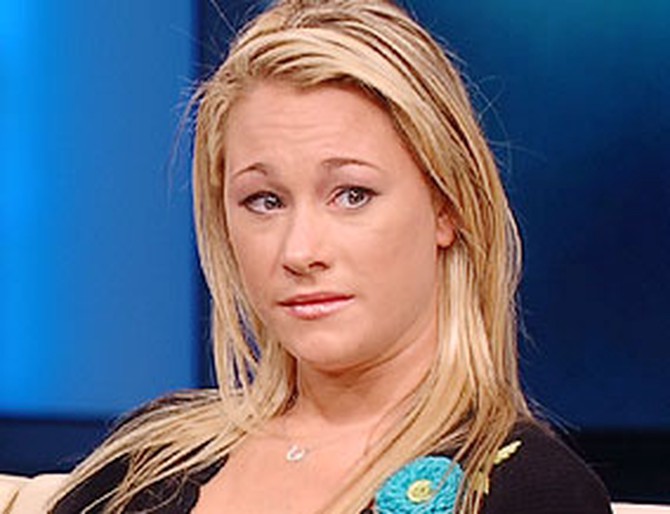 Kathy and Dan's daughter, Jessica, admits that her family has been in a state of denial since the tragic events of September 11. At first, Jessica coped with her loss by indulging her own online shopping addiction. Without anyone to console her during many sleepless nights, Jessica would turn to the computer for comfort. "[Online shopping] was a quick fix," Jessica says. "It was like a drug. I had something new—something to look forward to tomorrow. It became an addiction."

Without a body to bury or a gravesite to visit, Jessica says that even now her family has yet to deal with the death of her dad. "There's no closure for us," Jessica says. "We obviously know that he's gone, but there's no ground that we can go to and say our respects to him except for Ground Zero…which I refuse to go down there."

Why won't she visit the former site of the World Trade Center? Jessica says she can't stand the way people are "glamorizing" Ground Zero by taking pictures and selling memorabilia. She also can't stand it when people judge her family for their spending habits.

"I couldn't say, 'This person lost their brother, I know what they went through,' because nobody knows what anyone else is going through," Jessica says. "So when somebody judges me or my mother or my brothers, I become very defensive. That's my family."

Although from the outside Kathy is doing all the things a mother should do—like throwing birthday parties and going to her sons' sporting events—Jessica says, in many ways, it's like she lost both parents on the morning of September 11. 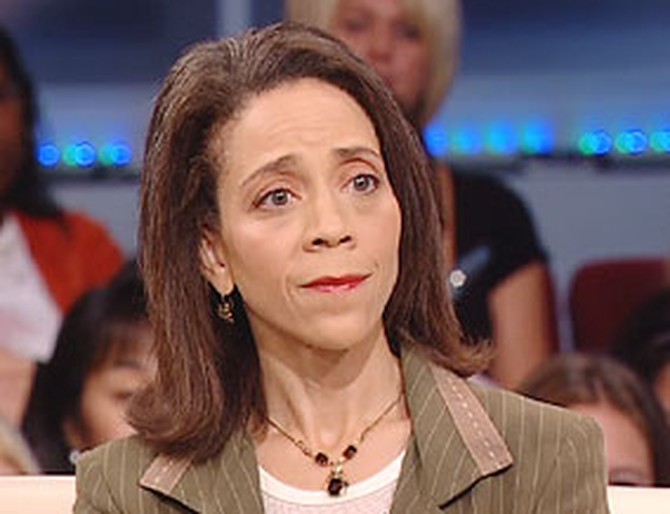 After hearing Jessica and Kathy's stories of shopping addiction and denial, psychologist Dr. Robin Smith stresses to Kathy the importance of moving on. "You're still alive," Dr. Robin says. "You still have three kids, and you've got to go on and live."

Dr. Robin says that many times, people try to fill the void of losing a loved one by taking on a "surrogate." That surrogate can be anything from shopping for expensive clothing to overeating, drinking alcohol or having an affair.

"You know, we can find something [that] will ease the pain," Dr. Robin says. "And temporarily, shopping or eating or drinking or affairs ease it. But it's a cheap way, because life won't let us get away with a cheap Band-Aid on a sacred wound."

One common misconception about grief, Dr. Robin says, is people think the worst pain occurs the day someone dies. But, many times, it takes months and years before reality sinks in and a person realizes his or her loved one is not coming home. To deal with the pain, Dr. Robin says that Kathy disconnected herself from life. 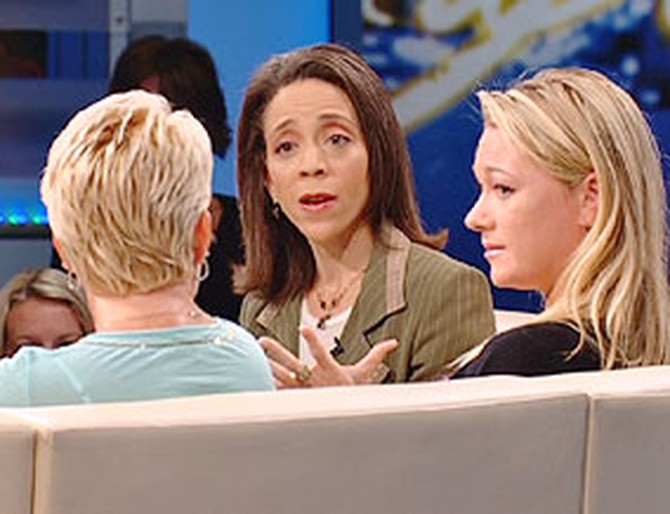 Currently, Kathy is fighting to have a memorial built on Ground Zero for all the September 11 victims, and she's not happy about New York's plans for the hallowed ground. But, Dr. Robin says, another way Kathy can honor her husband is to remember the last words he spoke to her—that he loved her and to take care of the kids.

In spite of everything that she's lost, Jessica reminds her mother that she still has her children. "We love you, and we want you to be happy," Jessica tells Kathy. "We want to be happy, too. We want to move on."

Jessica says all she wants is for Kathy to be the mom she was once—the mom who was "happy-go-lucky" and enjoyed life. "I want you back," Jessica says. "I know we're never going to get dad back, but think about [what] you said, 'We were so happy before that.' We can find happiness again." 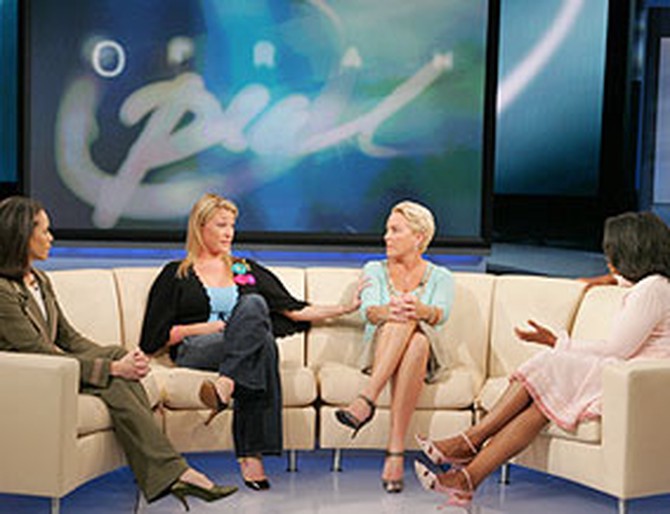 "You [can] start even doing things in the house that allow it to live—that allow joy to come in there," Dr. Robin says. "That allows for feelings and friendships and gatherings to move on without Dan being there."

Oprah says she thinks September 11 was a wake-up call for America, and the sacrifices of the people who died that day should teach us about our own lives.

"You owe [Dan] a resurrection," Oprah says. "You owe him to rise up out of your depression—to come out of this veil of darkness and live. And live. And live."
Published 10/24/2005
More The Oprah Winfrey Show
Ten Rules to Live and Love By
Ricky Martin's Mission
Oprah's Past Favorite Things Less Than $25
Behind the Scenes of Oprah's Surprise Spectacular
What's on Your Bucket List?
Suze Orman's New Credit Card Strategy
America's Heroes
The Egglestons Mean Business