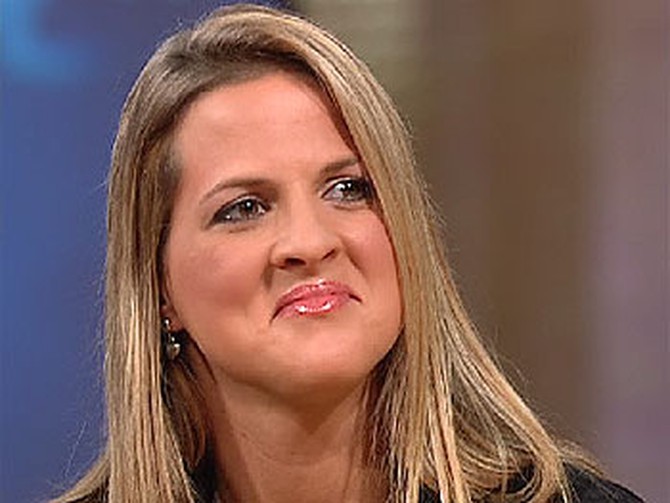 In April 2004, Sarah, a suburban mother of two young children, admitted she was living with a terrible secret. Sara let our cameras videotape her days and nights of struggling with alcohol. Now, after going through rehab, Sara cannot believe what she sees looking at the tape.

"It's just unbelievable and so sad," Sarah says. "It's such a sick, sad part of myself."

After that show taped, the very next day, Sarah called The Oprah Show producers and said she was ready to check into a 30-day treatment center. 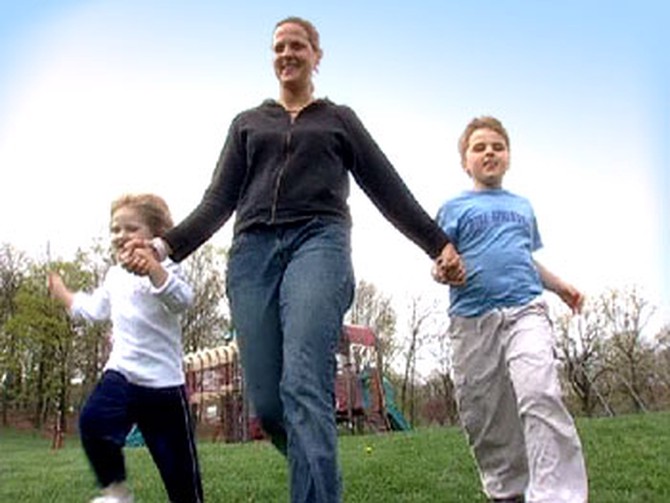 Throwing away the alcohol that had been Sarah's crutch for 13 years was tough, but saying "goodbye" to her children was what Sarah dreaded the most. After the difficult goodbyes, Sarah was off to rehab. She had been drinking about 12 alcoholic beverages a day, so the first phase of treatment was going to be rough—but the entire program was so vital to saving her life.

"The disease is such a lie," Sarah says. "It convinces you that you're fooling everybody, and it lies to you and tells you that you are. It's such a baffling disease that rips who you are right out of you. I didn't know it was a disease, and I didn't know how to separate that from 'Sarah.' I thought that I was just the scum of the earth. I was the loser. Now I know the disease is what's so awful, ugly and terrible. Once I could separate that and could start to heal, the wonderful Sarah and the recovering me could come out." 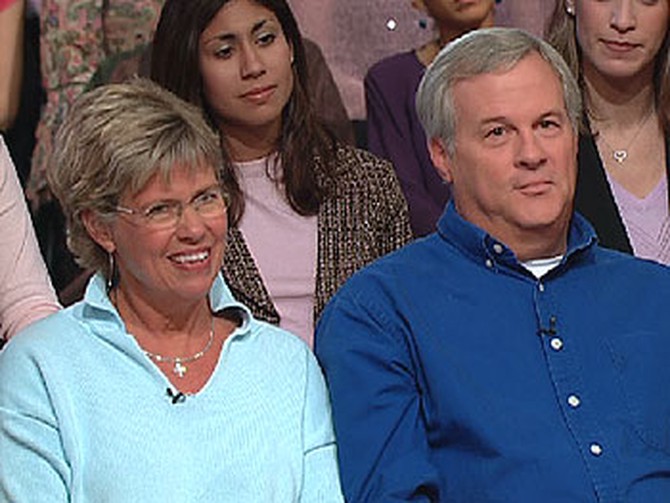 Sarah's parents, Dave and Barbara, originally were worried about Sarah sharing her problem with the world on The Oprah Show, but later realized the good Sarah could do by bringing a voice to this hidden problem, and that Sarah was on the road to recovery. They couldn't be prouder of their daughter.

"Sarah, welcome back," Dave says. "We love you, and we love the honesty you're bringing to us." 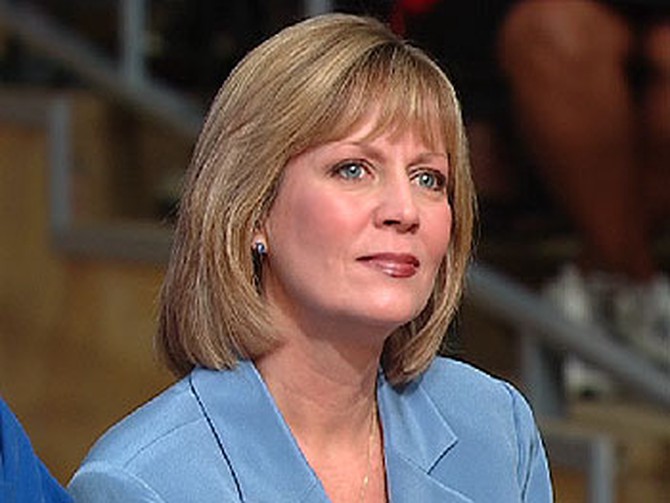 Sharon Hartman is the counselor who oversaw Sarah's treatment at the Caron Foundation.

"I think one of the things that Sarah really highlights for us, is that so many women use alcohol in isolation," Sharon says. "They keep it a secret, and we see that kind of '50s stereotype where women were drinking their sherry alone while cleaning the house. But it's still very much a part of our culture today. I think women still have a tremendous stigma around being addicted that is not associated with men." 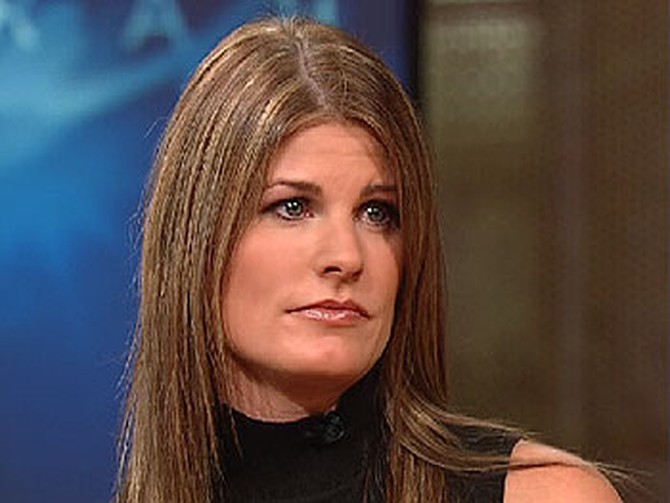 Late one night Denise logged onto Oprah.com to share her personal story about drinking. When one of our producers called her, Denise downplayed her drinking. "I said that I was drinking two glasses of wine a night," recalls Denise. "But, in actuality, I was living a lie. I would be drinking five to six bottles of beer during the day, and then as soon as my husband would come home at five, I would switch to wine."

Denise's lies caught up to her one fateful afternoon. Although she had already drank five beers, Denise decided to drive her five-year-old son to the pediatrician. On her way home—drunk, tired and distracted by her son, who wanted a present for being brave at the doctor's—Denise crashed. A total of 15 people were involved in the accident, including a city bus. Still in denial that she was even buzzed, Denise argued with the police officers. In the end, Denise failed a field sobriety test and was arrested in front of her sobbing son. "Being handcuffed in front of my son is disgraceful," says Denise. "I was supposed to protect him and there was no one, at the time, protecting him." 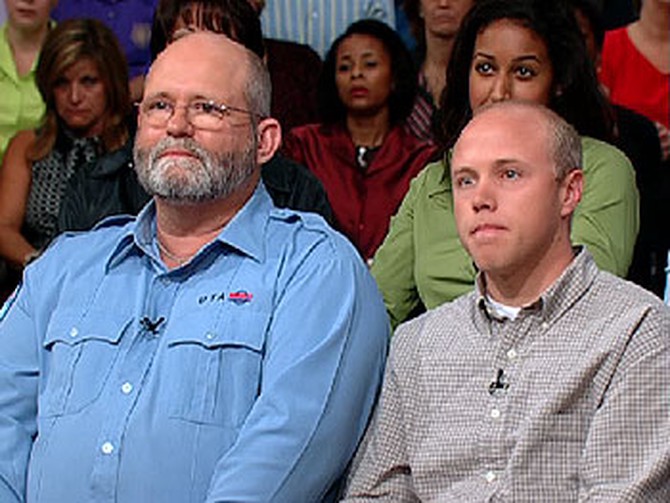 Although Denise crashed into one car, she set off of a chain reaction in the line of cars in front of her—including Jacob (right), who was driving with his one-year-old son, and ending with David (left), who was driving nine passengers on his bus. Denise took the opportunity to apologize to Jacob. "I think about you every day. And I think about what could have happened. How someone could have died and how I was spared that. I just want you to know, honestly, that if it wasn't for this crash or this DUI, I would still be drinking. That's how far in denial I was. And I am so sorry. And I hope you forgive me for what I did to you and your baby in the car."

"I definitely would accept the apology," says Jacob. "But, if something would have happened to my son, I don't know how I would have felt. I can't imagine how people have felt who have lost people, or lost loved ones in accidents like that."

Five days after the accident, Denise admitted herself into an intensive outreach program to stop drinking. "To know that I inflicted pain on people is the worst thing that I have ever done in my whole entire life," says Denise. "I live it and remember it every day. And it helps me remain sober." 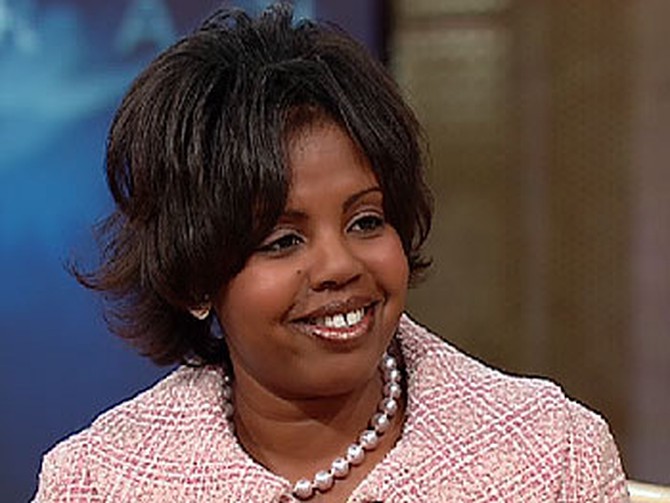 A short time ago, Lillian was set to be a guest on our show Moms Who Drink Too Much. However, after our pre-show interviews, Lillian wanted out. She cancelled her appearance and refused permission for us to air her interview. "I was crazily overwhelmed, in denial, obviously ashamed of myself," says Denise. "I was just paralyzed in fear…of what people would think."

Since then, Lillian has had a change of heart. "Not going on the show and not wanting that tape to be aired, that was one of the lowest points. I had to really face that demon. Check myself to say, 'Do you have a problem?'"

Lillian says that with the support of her husband—who has been in alcoholism recovery for more than 20 years—she made a conscious decision to stop drinking. "I think, for me, what works for me is just being honest and opening up with my close circle of family and friends and just admitting that this was an issue or problem that I had. I am facing it. Dealing with it. Proud of myself. You know, I'm no longer ashamed and that's a huge thing to recognize." 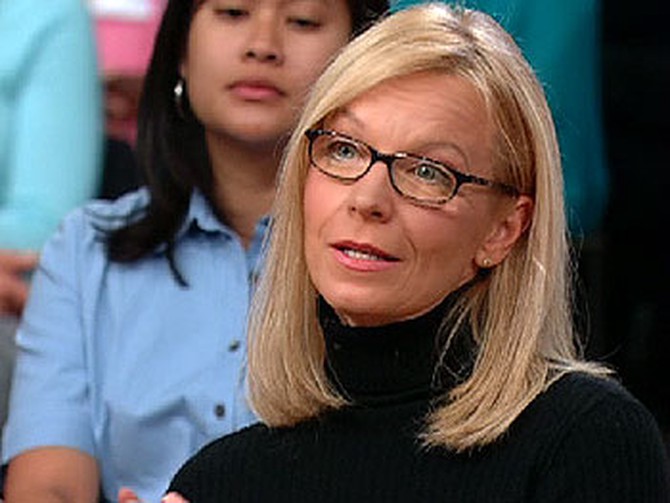 Debra Jay, an addiction specialist, author of Love First: A New Approach to Intervention for Alcoholism and Drug Addiction, and former counselor at the Hazelden Treatment Center, says that it's important for Lillian—and all alcoholics—to have a large support system and not just one person.

"I worry you're overconfident," Debra tells Lillian. "I'd like to see some healthy fear and that you reach out. One of the things that's going to happen is you will be so dependent on your husband for your recovery you won't own your own recovery."

Recovery is difficult and Debra says its common for recovering alcoholics to relapse when they're feeling most in control. "You need more support. I would love you to go to a women's AA meeting. Meet some recovering women, women you can call. It's not going to get you when you're feeling really low. It sneaks in when you're feeling really good."
Published 10/07/2004
More The Oprah Winfrey Show
Fugitive Susan LeFevre
Memorable Oprah Show Multiples
A Mother's Extraordinary Love
7 Simple Steps to Get Out of Debt
The Gift of Life
Quints by Surprise Family Photo Album
Polygamy in America
Nike's Phil Knight