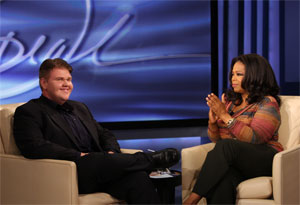 When Josh told his father he's gay, Josh says he could hear the disappointment in his father's voice. "I just felt like I had let [my parents] down," he says.

Despite their initial reactions, Josh says his parents are learning to accept his sexuality, and he has no regrets. "If I didn't come clean about that, I was never going to get well," he says. "And, from that point forward, I started getting honest about everything. And you know what? Today, I'm real. I'm real, and not everybody accepts me, and I know that. But the people who do love me, love me for the real me."