Hollywood is gearing up for its biggest night of the year—and so is The Oprah Winfrey Show! After the Oscars®, tune in to The Oprah Show on Monday, February 26, for Oprah's After Oscar Party 2007. We'll have a behind-the-scenes look at every dazzling moment!

With four Oscar nominations, Sunday could be a big night for Best Picture nominee Little Miss Sunshine. Greg Kinnear, who stars in the film, says it has exceeded expectations "way beyond anybody's imagination."

In the movie, Greg plays a failed motivational speaker who joins his family on a disaster-ridden trip in a Volkswagen van to get his daughter to a beauty pageant. 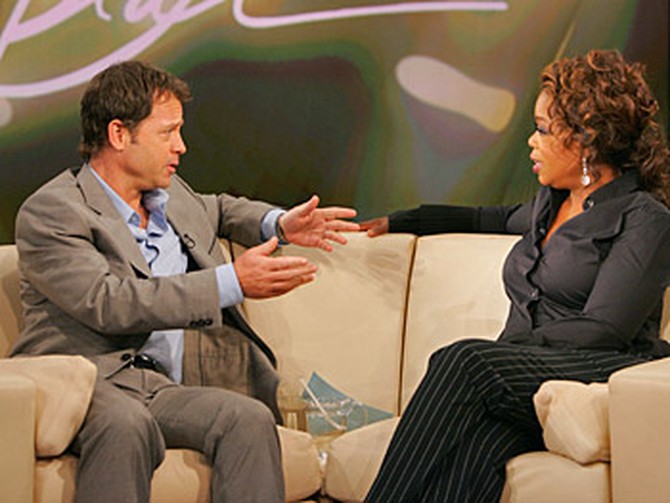 During rehearsals for the film, first-time directors Jonathan Dayton and Valerie Faris challenged the cast in some unconventional ways. Greg says by day three they had the cast playing dodgeball! "I remember [co-star] Alan Arkin trying to throw a dodgeball at me as hard as he could, and I remember thinking, 'Boy, maybe we're in trouble on this,'" he says. "They had us do all sorts of crazy stuff together and at some point, there was a real kind of method to the madness, I think. It was to try to get us all comfortable, [to] get to know each other."

One of the biggest challenges of filming the movie—which took a mere 30 days—was spending so much time in the 1969 Volkswagen van, says Greg. During his scenes, Greg had to perform while driving on the freeway in real traffic! "It's the most dangerous movie ever made," he jokes.

With such limited space in the van, Greg says the directors had to curl up in the back—occasionally poking their heads up to give direction. "It was a strange environment to shoot a movie, but we all had a good time," he says. 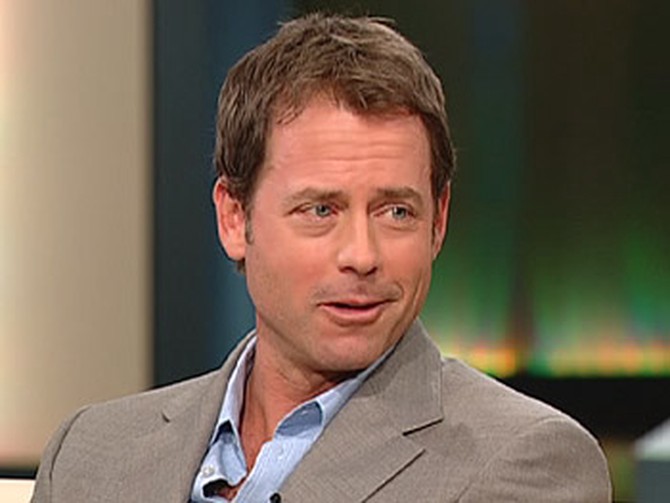 Greg thinks the dysfunctional family in Little Miss Sunshine appeals to people because they can probably relate. "You don't get to pick the people who are going to be sitting at your table, so to speak. For better, for worse, and whatever dysfunction is there, is there," he says.

And while he might not encourage anyone to enter their child into a beauty pageant, the film's focus on success seems universal. "It kind of speaks to this kind of crazy obsession with winning that's so rampant in our culture," Greg says. 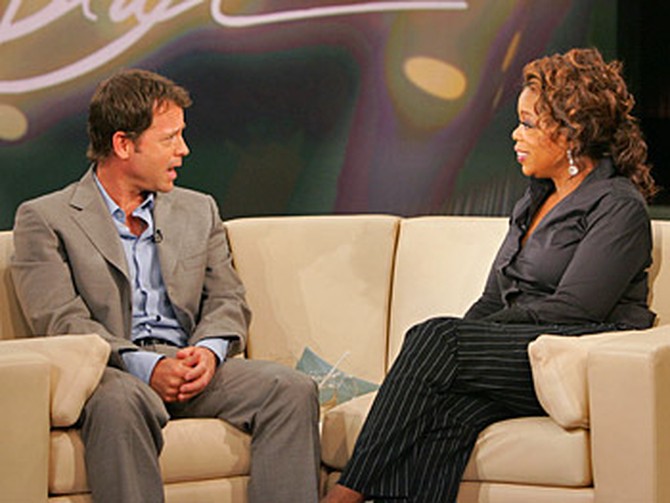 When he's not perilously filming on California highways, Greg—a past Oscar® nominee for As Good As It Gets—gets to go home to his wife of seven years, Helen, and their two daughters. Having so many girls around is a new experience for Greg, who grew up with boys on both sides of his family. "The fact that we got a girl was amazing. The fact that we got another girl was baffling," he says.

Greg says his children make him realize the importance of the choices he makes every day. "The sense of confidence that you have about anything in your life is completely shot," he says. "There's a real sense of vulnerability that sets in about just all of the things you can do wrong or do right, and there's no great blueprint on any of this." At the same time, he says, children are so loving and giving that "you can't lose." 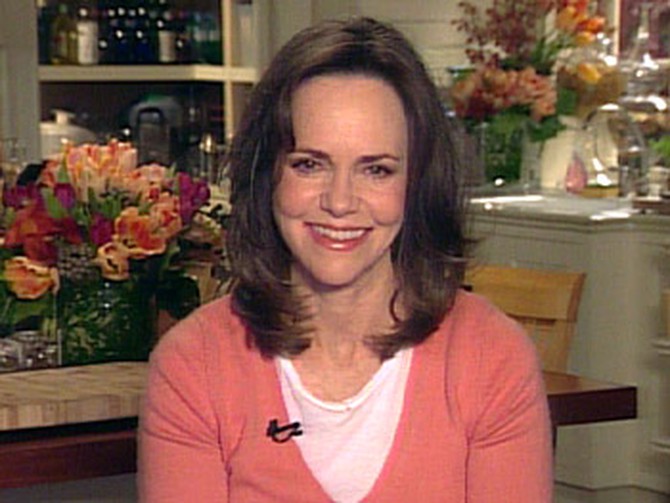 In 1985, actress Sally Field made an Oscar® acceptance speech that has gone down in award show history. After being handed her statue for Places in the Heart—her second Academy Award win—Sally said, "The first time, I didn't feel it. But this time I feel it, and I can't deny the fact that you like me. Right now, you like me."

For years, Sally says she's had to answer questions from people who seem to be offended by her speech. "Of course it wasn't planned. It wasn't terribly articulate, but it certainly was the truth, and I kind of like that," she says.

Sally says the speech was "terribly misinterpreted." "People who don't perform don't understand what that feeling is like to have your work work," she says. "They attribute it to low self-esteem or all sorts of things that it really isn't about." 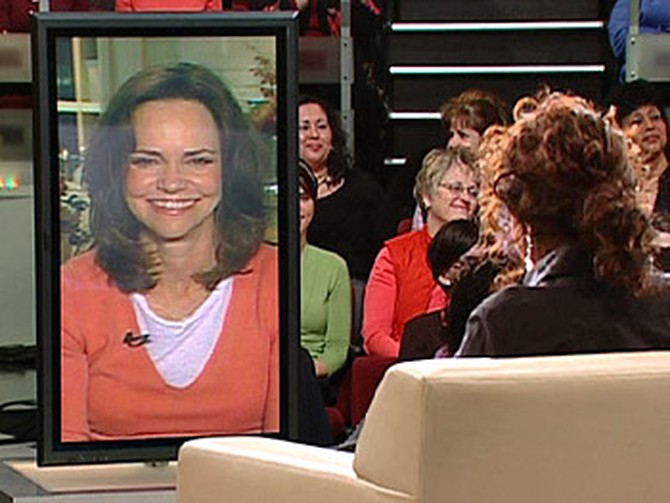 Sally says that although the Oscars® are exciting, when you hear your name called you can "blank out." She says she doesn't remember much about giving her acceptance speech after her first win for the film Norma Rae. "You feel so much pressure to perform at a time that you're supposed to be feeling you've accomplished something," she says.

One stress Sally didn't have to worry about was facing the question, "Who are you wearing?" Nowadays, it seems that is all people care about! Sally says she bought her 1985 Oscar gown off the rack. And the jewelry? "The little heart necklace I wore cost $35." 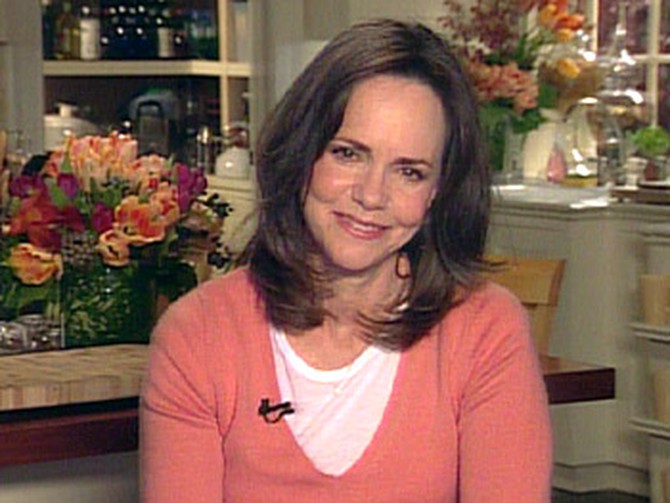 It's been more than 20 years since Sally won her last Academy Award®, and while she is thrilled to have won, she says they symbolize more than red carpets and acceptance speeches.

"Now that I've been doing this long enough in my life, and I've won a number of awards … it really honestly is [about] the work," she says. "It's great to be accepted and appreciated and respected by your peers. But when you look back on it now, it is the memories of having the opportunity to do that kind of work. … That's what you remember."

When Sally looks at the Oscar she won for Norma Rae, she says she remembers shooting the movie and working with the director, Martin Ritt. "That's what changed me and moved me forward," she says.

Although Sally has acted in many memorable films—like Steel Magnolias and Forrest Gump—she can't name one that she's most proud of. "I always like to say, 'I hope I haven't done it yet,'" she says. "I don't allow myself to look back and cherish any particular character or film. I want to do that later when I'm on the porch drooling in a cup. Then I'll go, 'Oh, God, remember that one?'" 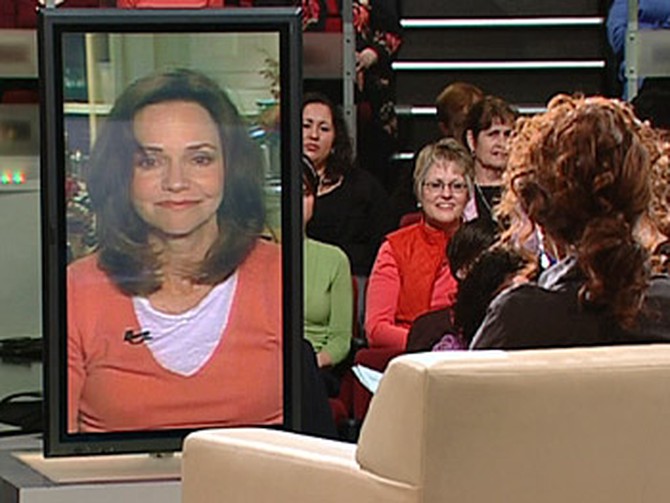 After years of lighting up the small screen in shows like Gidget and The Flying Nun, Sally left television for film. Now, she's back and better than ever. Currently, Sally's playing the meddling mother of five adult children on ABC's hit show Brothers & Sisters. The all-star cast, which also includes Calista Flockhart, Rob Lowe and Rachel Griffiths, has helped make this primetime drama a breakout hit.

"I'm loving it," Sally says. "It's a phenomenal group of actors. I am grateful for every day because they are just extraordinary."

Sally says she can relate to her character, Norma Walker, because she has grown children of her own. "[The show is] really about things that are in my life," she says. "These are the things that I worry about and deal with, and obviously people throughout the country feel that way."

Due to the show's grueling schedule, Sally says she'll be watching this year's Academy Awards® from her bed. "I do think it's fun to watch," she says. "But I hate the fact that sometimes you're watching it now hoping that someone will do something stupid. … Rather than it being about what it's about—applauding really good work." 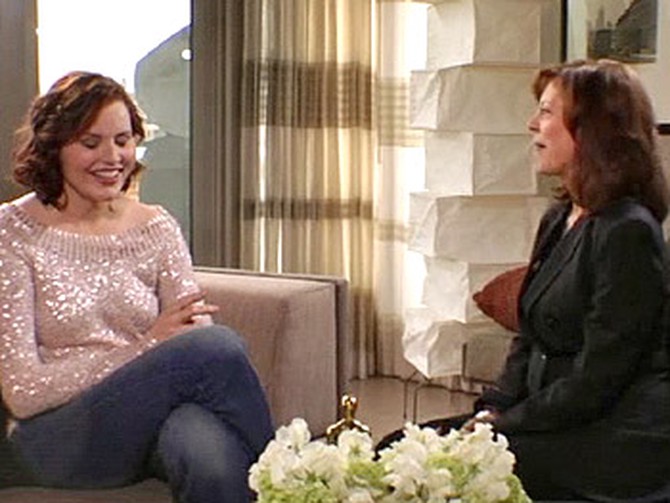 In the early 1990s, actresses Geena Davis and Susan Sarandon teamed up for the movie Thelma & Louise. Now, they're joining forces once again for The Oprah Show!

Although it's been more than a decade since they first met, Geena says she remembers the day well. "I had been cast in Thelma & Louise, and I didn't know who was going to be the other person," she tells Susan. "Then it was you, [and] it was, like, so amazing."

Geena reveals that up until the moment she met Susan, she thought she could play the role of Thelma or Louise. "You walked in the room and immediately I was like, 'I could never play Louise!'" she says.

Neither actress won an Oscar® for her contribution to that classic road-trip flick, but both have received Hollywood's top honor for other roles. 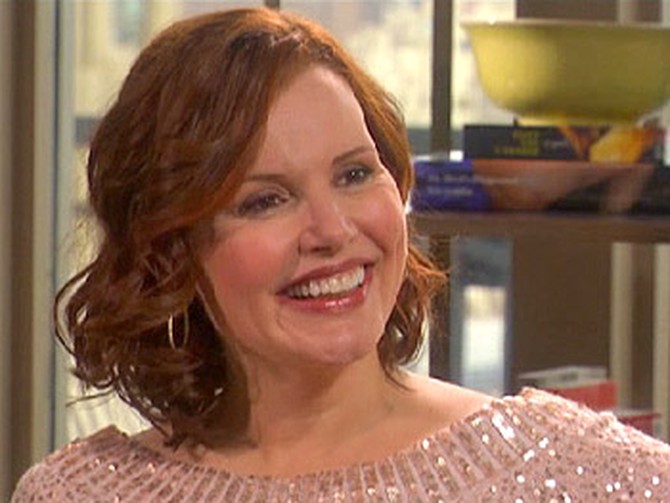 A few years before Geena co-starred in Thelma & Louise, she won the Best Supporting Actress Oscar® for her role in The Accidental Tourist. In the film, Geena played Muriel Pritchett, a quirky woman who gets entangled in a love triangle.

Since this was Geena's first nomination, she says she had no idea how to gauge her chances of winning. The afternoon of the 1988 Academy Awards, Geena says she was sitting in front of her television eating spaghetti and saw Oprah on the screen with a panel of movie critics. "They were right in the middle of [discussing] the supporting actress category," she remembers. "They'd gone [through] everybody, and then they got to me. Each one of the five said, 'Oh, hopeless case. The least likely [to win].'"

Geena says she shrugged it off and went to the ceremony. A few hours later, she took the stage to accept the award! 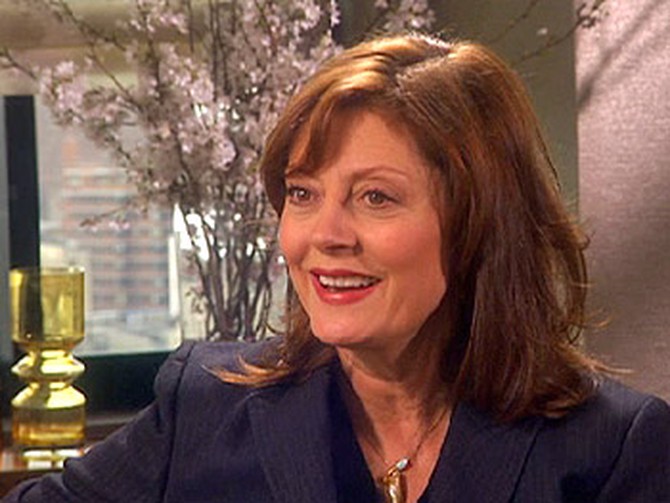 Unlike Geena, Susan had to attend the Academy Awards® many times before she walked away a winner.

Susan received her first nomination in 1981 for the movie Atlantic City, which she starred in alongside Richard Gere. That year, Katharine Hepburn took home the best actress award.

Over the next 13 years, Susan was nominated for her roles in Thelma & Louise, Lorenzo's Oil and The Client. Then in 1995, Susan received a nod for playing a nun in Dead Man Walking.

"Right before they announced the winner, Laurence Fishburne leaned over and said, 'If you don't win this, we're burning the place down,'" she says. "So that kind of relieved the tension a little bit." 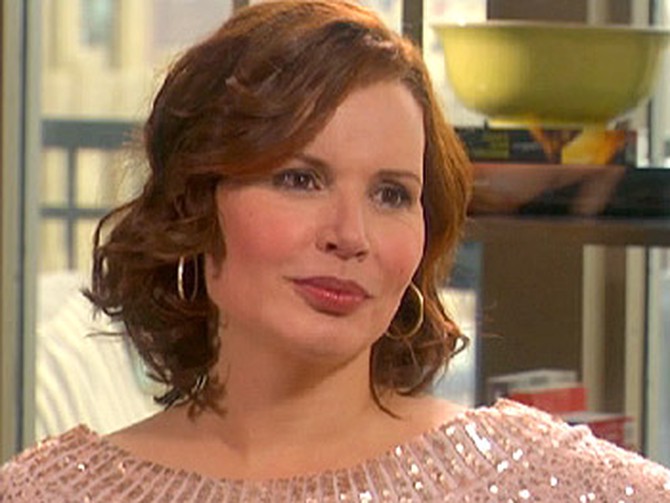 Geena and Susan may have played complete opposites in Thelma & Louise, but these days, the two actresses are leading parallel lives.

Recently, Geena married a man 15 years younger than her. Susan's longtime partner, Tim Robbins, is 12 years her junior. Both women have two sons and a daughter and successful film careers. They've also managed to balance their personal and professional lives.

"It used to be, in the old days, you had to choose between a career and a family," Susan tells Geena. "It's been really great to see you … not be in a relationship where you had to minimize who you are. I could see that's what you were struggling with when we first met. … [Guys] would choose you for your strength, and then they would not be able to deal with it ultimately."

Geena says that's a common problem for all women, not just Hollywood actresses. "It took a lot of practice to figure it out," she says. "[I realized], 'Oh, I see, I'm supposed to change. I'm not just supposed to change the guy.'"

"How did you finally do it?" Susan asks.