Dive into the latest pick for Oprah's Book Club with these questions about Colson Whitehead's breathtaking novel. 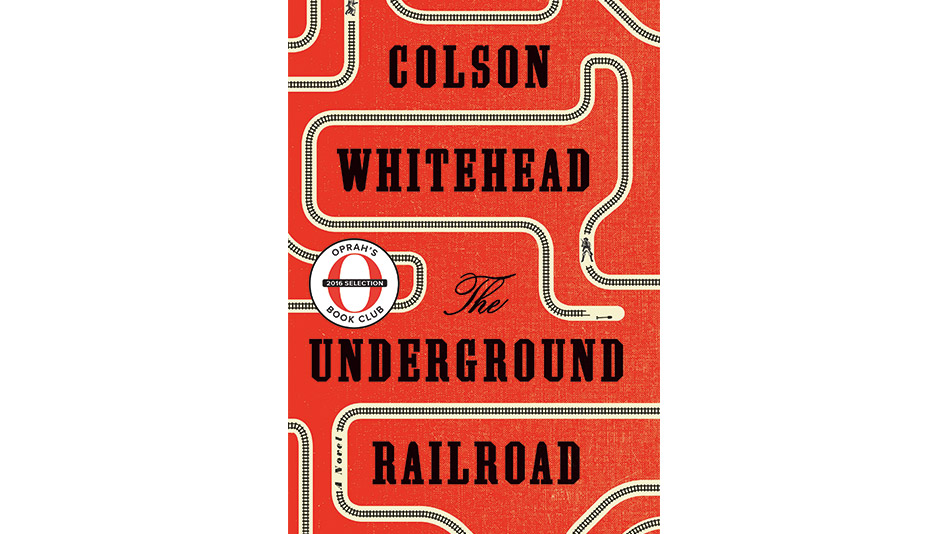 About This Guide
The questions, discussion topics, and suggestions for further reading that follow are designed to enhance your group's discussion of The Underground Railroad, a triumph of a novel by Colson Whitehead.

About This Book
Cora is a slave on a cotton plantation in Georgia. Life is hell for all the slaves, but especially bad for Cora; an outcast even among her fellow Africans, she is coming into womanhood—where even greater pain awaits. When Caesar, a recent arrival from Virginia, tells her about the Underground Railroad, they decide to take a terrifying risk and escape. Matters do not go as planned—Cora kills a young white boy who tries to capture her. Though they manage to find a station and head north, they are being hunted.

In Whitehead's ingenious conception, the Underground Railroad is no mere metaphor—engineers and conductors operate a secret network of tracks and tunnels beneath the Southern soil. Cora and Caesar's first stop is South Carolina, in a city that initially seems like a haven. But the city's placid surface masks an insidious scheme designed for its black denizens. And even worse: Ridgeway, the relentless slave catcher, is close on their heels. Forced to flee again, Cora embarks on a harrowing flight, state by state, seeking true freedom.

Cora's journey is an odyssey through time as well as space. As Whitehead brilliantly re-creates the unique terrors for black people in the pre-Civil War era, his narrative seamlessly weaves the saga of America from the brutal importation of Africans to the unfulfilled promises of the present day. The Underground Railroad is at once a kinetic adventure tale of one woman's ferocious will to escape the horrors of bondage and a shattering, powerful meditation on the history we all share.

Question & Answer
1. How does the depiction of slavery in The Underground Railroad compare to other depictions in literature and film?

2. The scenes on Randall's plantation are horrific—how did the writing affect you as a reader?

3. In North Carolina, institutions like doctor's offices and museums that were supposed to help ‘black uplift’ were corrupt and unethical. How do Cora's challenges in North Carolina mirror what America is still struggling with today?

4. Cora constructs elaborate daydreams about her life as a free woman and dedicates herself to reading and expanding her education. What role do you think stories play for Cora and other travelers using the underground railroad?

5. "The treasure, of course, was the underground railroad... Some might call freedom the dearest currency of all." How does this quote shape the story for you?

6. How does Ethel's backstory, her relationship with slavery and Cora's use of her home affect you?

7. What are your impressions of John Valentine's vision for the farm?

8. When speaking of Valentine's Farm, Cora explains "Even if the adults were free of the shackles that held them fast, bondage had stolen too much time. Only the children could take full advantage of their dreaming. If the white men let them." What makes this so impactful both in the novel and today?

9. What do you think about Terrance Randall's fate?

10. How do you feel about Cora's mother's decision to run away? How does your opinion of Cora's mother change once you’ve learned about her fate?

11. Whitehead creates emotional instability for the reader: if things are going well, you get comfortable before a sudden tragedy. What does this sense of fear do to you as you're reading?

12. Who do you connect with most in the novel and why?

13. How does the state-by-state structure impact your reading process? Does it remind you of any other works of literature?

14. The book emphasizes how slaves were treated as property and reduced to objects. Do you feel that you now have a better understanding of what slavery was like?

15. Why do you think the author chose to portray a literal railroad? How did this aspect of magical realism impact your concept of how the real underground railroad worked?

16. Does The Underground Railroad change the way you look at the history of America, especially in the time of slavery and abolitionism?

About This Author
COLSON WHITEHEAD is the New York Times bestselling author of The Noble Hustle, Zone One, Sag Harbor, The Intuitionist, John Henry Days, Apex Hides the Hurt, and one collection of essays, The Colossus of New York. A Pulitzer Prize finalist and a recipient of MacArthur and Guggenheim fellowships, he lives in New York City.