The Book Gayle King Is Raving About (and More Favorites)

O magazine's editor-at-large recommends a riveting thriller. Plus, 17 more titles that will keep you flipping pages till dawn.
By Gayle King 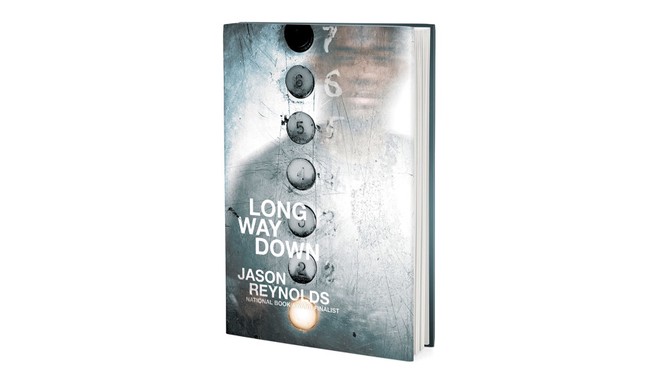 Long Way Down
By Jason Reynolds

"In Long Way Down, 15-year-old Will Holloman sets out to kill his brother's murderer. Most of the tale takes place during a 60-second elevator trip. The man behind the thriller: Jason Reynolds, a National Book Award nominee who read more poetry than fiction growing up. That might explain why his novel looks like a collection of poems but is actually one continuous, riveting story." 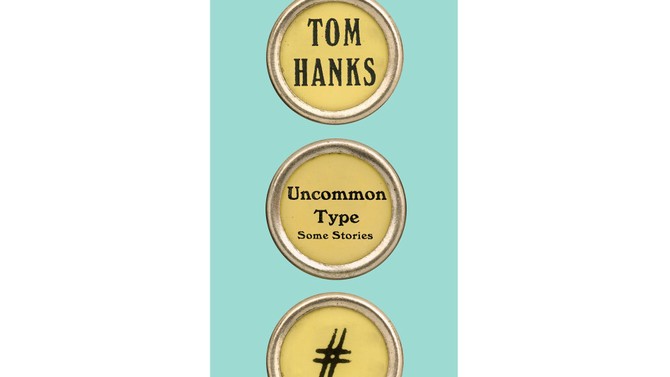 "Tom Hanks's talents are no longer limited to the big screen. The two-time Oscar winner is now showing off his writing chops with his first book, Uncommon Type: Some Stories, a collection that showcases his love for words and typewriters (each chapter starts with an image of one he's collected). Tom says it took him two years to finish, writing on movie sets, on airplanes, in hotel rooms. And I have a feeling he has more stories to tell!"

"When I met Misty Copeland years ago, she shared with me that she'd been told she didn't have a ballerina's body. Well, the 95 stunning portraits in the new book Misty Copeland prove how wrong that opinion was. Over three years, Misty, the American Ballet Theatre's first African American female principal dancer, was photographed by Gregg Delman. His verdict? 'While only 5'2" she fills a room like symphony orchestra music.' Beautiful words for an incredible talent." 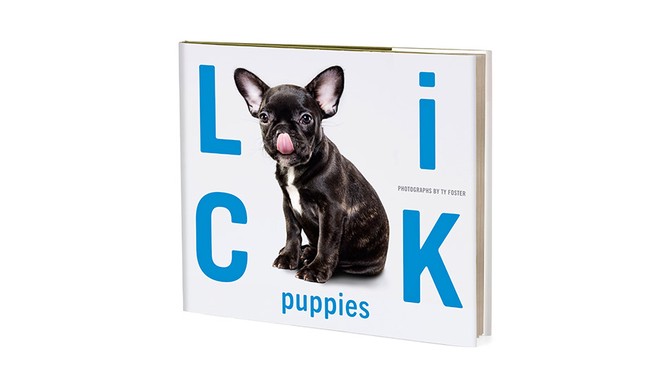 "It's impossible to have a bad day when a dog is around. Exhibit A: Photographer Ty Foster's joyful book Lick Puppies, which features 80 pictures of adorable pups wagging their tongues. Writes Foster, 'With this book, you are basically holding pure happiness in the palms of your hands.' Couldn't have said it better myself." 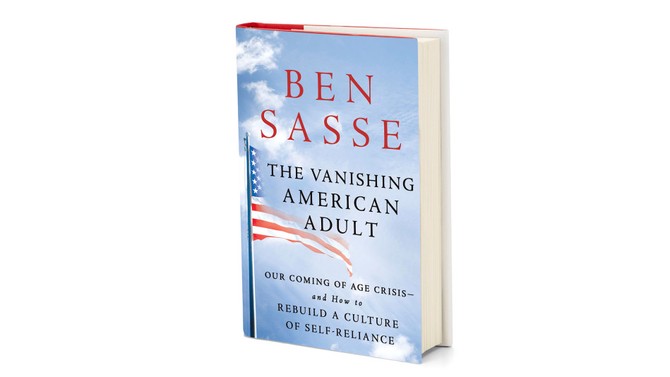 "Nebraska Senator Ben Sasse's latest book, The Vanishing American Adult, has a provocative thesis: Instead of creating a culture of self-reliance, too many parents are treating their 20-somethings like 10-year-olds (not cute). Sasse has strong ideas on how to course-correct, like encouraging kids to work hard for their wins and learn from their failures—scar tissue is not a bad thing. If you've got a grown Peter Pan still living at home, you might want to share the book before you drive him to his next job interview!"

"Love. Without it, life has little meaning. It's the best thing we have to give and the most valuable thing we receive. It's worthy of all the hullabaloo." —Cheryl Strayed

"Boy, Cheryl really nailed how I feel about love. And haven't we all had our share of hullabaloo? Remember that love is essential." 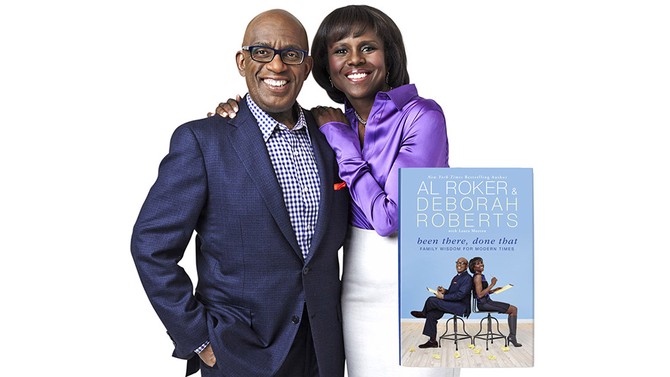 Been There, Done That
By Al Roker and Deborah Roberts with Laura Morton

"Al Roker and Deborah Roberts's new book, Been There, Done That, pulls no punches. I can't get over how candid they are on the ups and downs, both personal and professional, of their 20-year marriage (including competing for the same interview after Whitney Houston died); self-esteem issues (Roberts says her black childhood friends' taunts about her darker skin color were painful) and parenting challenges (they have three children). Mr. Today Show and Ms. ABC say they're just an average American family (me no think so); one look at the cover and you know how much these two have each other's back." 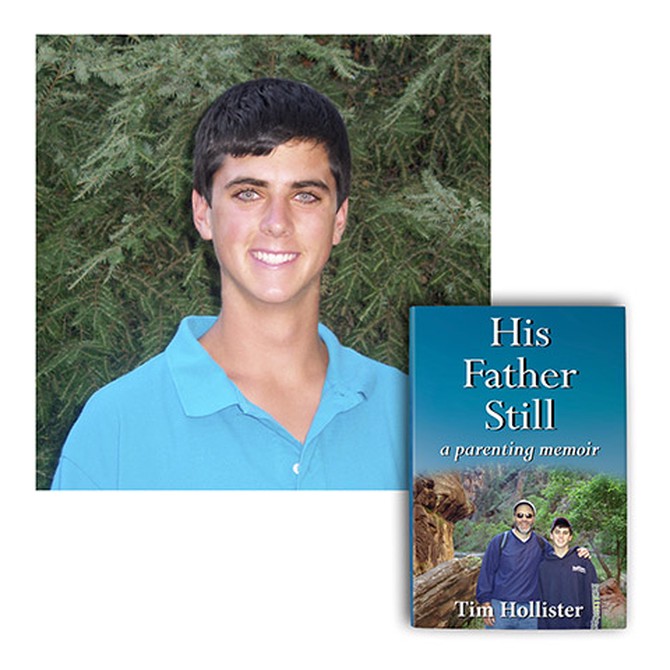 His Father Still
By Tim Hollister

"His Father Still is Tim Hollister's painfully frank account of life with his son, Reid, who died at age 17 in 2006 when he crashed his car while hurrying to get friends home before curfew. After the accident, Hollister learned that automobile crashes are the number one cause of teen death, and in retrospect, he questions whether he managed to strike the complicated balance between permissive and protective when parenting Reid, with 'the sparkling aqua-blue eyes.' May Hollister's soul-searching serve as a cautionary tale for every reader." 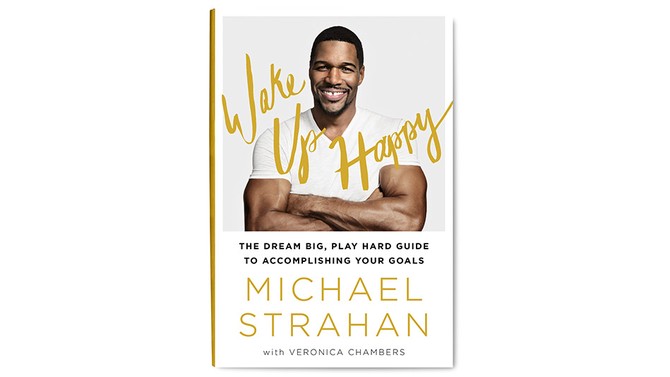 Wake Up Happy: The Dream Big, Win Big Guide to Transforming Your Life
By Michael Strahan with Veronica Chambers

"In his book Wake Up Happy, Michael says he uses music to do just that, like setting his alarm to play Bill Withers's 'Lovely Day' in the morning. The morning talk show host, who seems as confident on TV as he always did on the football field, also shares that he sees himself as shy. Kind of surprising coming from Mr. Personality. Michael believes happiness is a choice we make. Michael, I'm with you!" 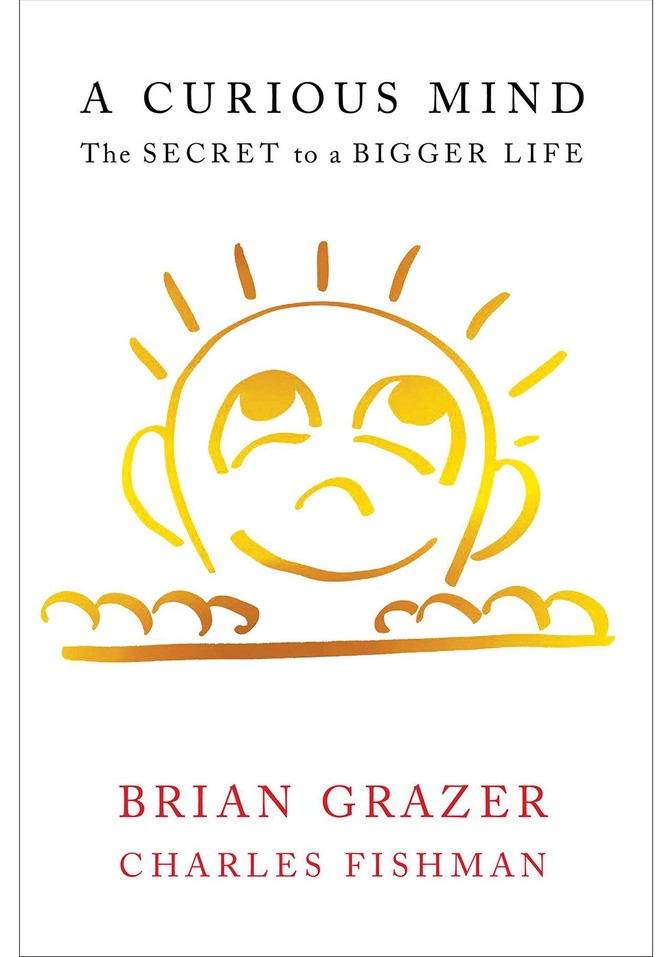 A Curious Mind: The Secret to a Bigger Life
By Brian Grazer and Charles Fishman

"Academy Award-winning producer Brian Grazer (Apollo 13, A Beautiful Mind) likes to hold 'curiosity conversations' with accomplished individuals from every walk of life," Gayle said in O magazine. "He believes curiosity is the key to a richer existence. Brian has a huge life, and his new book, A Curious Mind, offers fascinating lessons on how he got it." 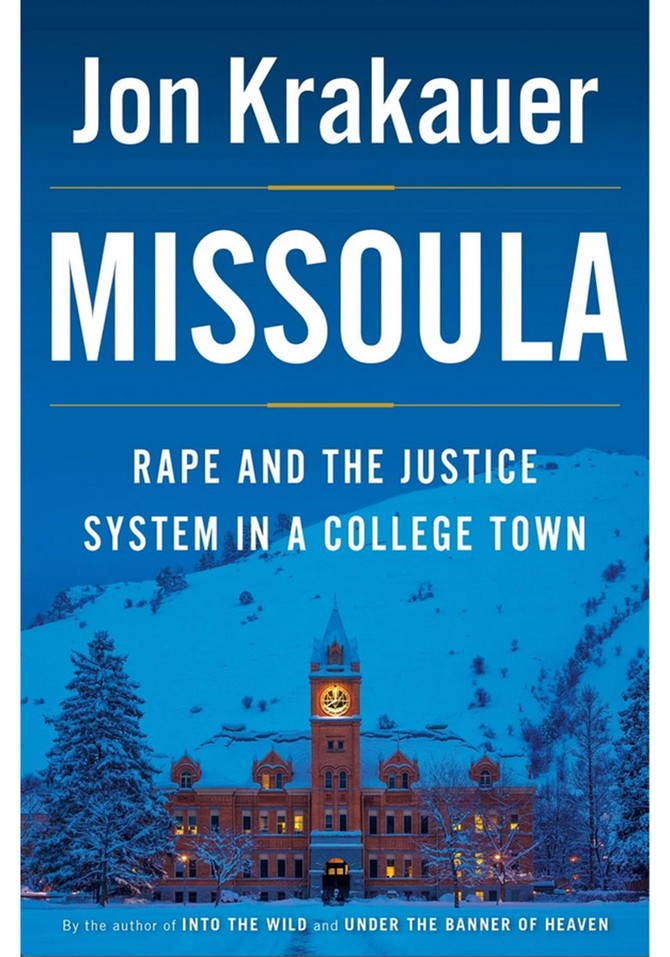 Missoula: Rape and The Justice System in a College Town
By Jon Krakauer

The latest book from the author of Into Thin Air and Into the Wild takes a haunting look at the prevalence of college rape—and a broken justice system for victims—by examining several women's stories in the town of Missoula, Montana. "It's a very important book," said Gayle on CBS This Morning. We couldn't agree more. 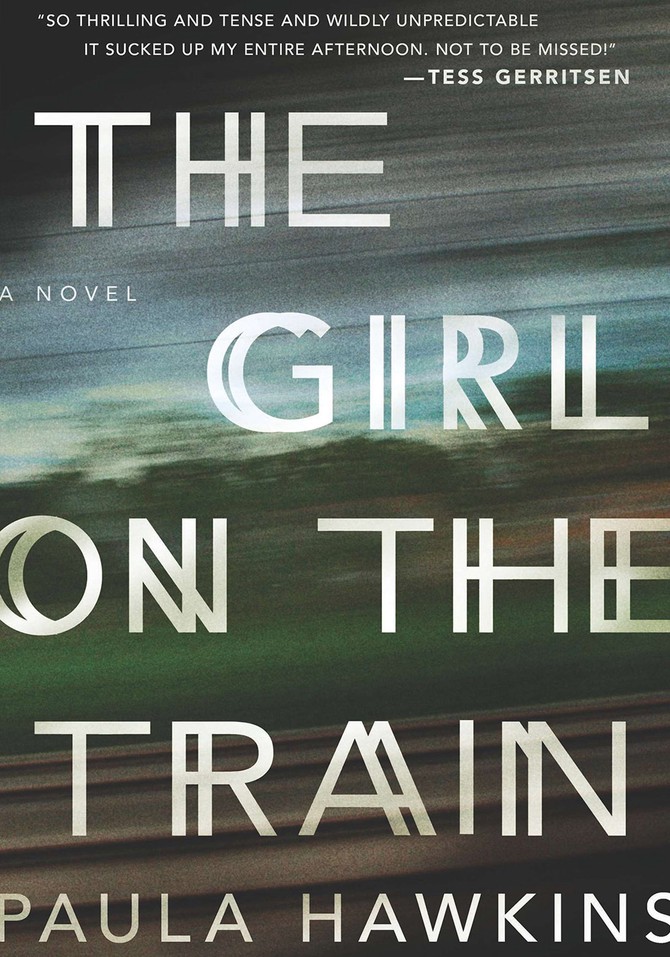 The Girl on the Train
By Paula Hawkins

Twisty plotlines, an unreliable narrator and suspense so real your pulse will race: Paula Hawkin's best seller, The Girl on the Train, is the kind of novel you won't want to put down. Just ask Gayle, who told CBS This Morning she stayed up all night reading it because she wanted to know what would happen next. "It zigs and it zags. It's about betrayal. It's about infidelity. It's about love lost and trying to get love back," she said. "Now I know [what happens] and I won't spill the beans." 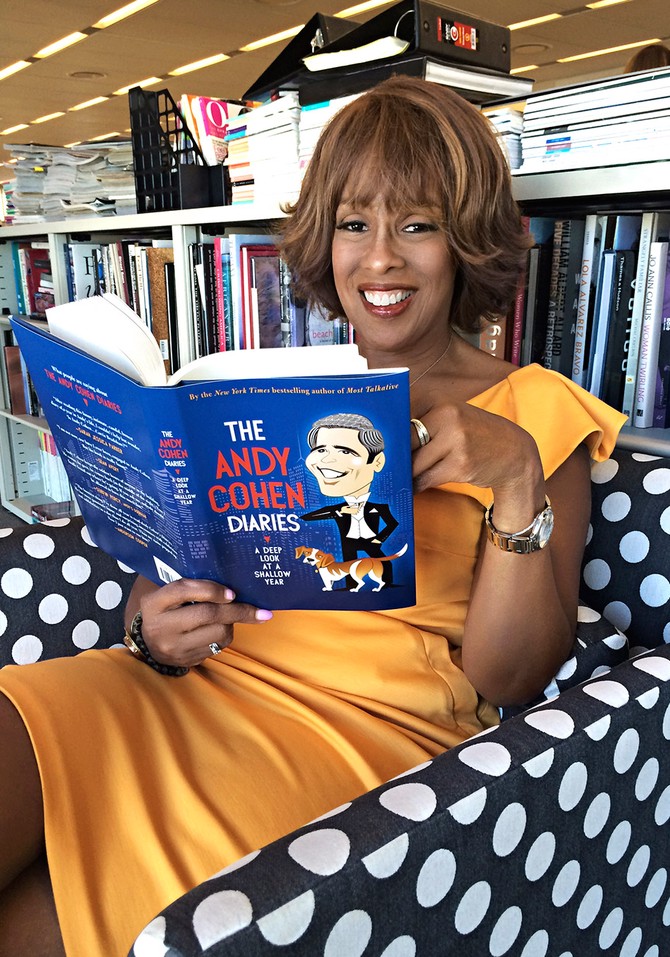 "I spent the night with Andy Cohen," said Gayle. "Okay, we weren't actually together, but curling up with his book, The Andy Cohen Diaries, is just like hanging out with the Bravo host. Andy mixes the mischief of a boy with the insights of a man—and boy, can that man dish! Not only does he love a great behind-the-scenes story and a delicious piece of gossip, but he's also crazy for his rescue dog, Wacha ... and the color yellow, which in my book automatically scores him ten extra points." 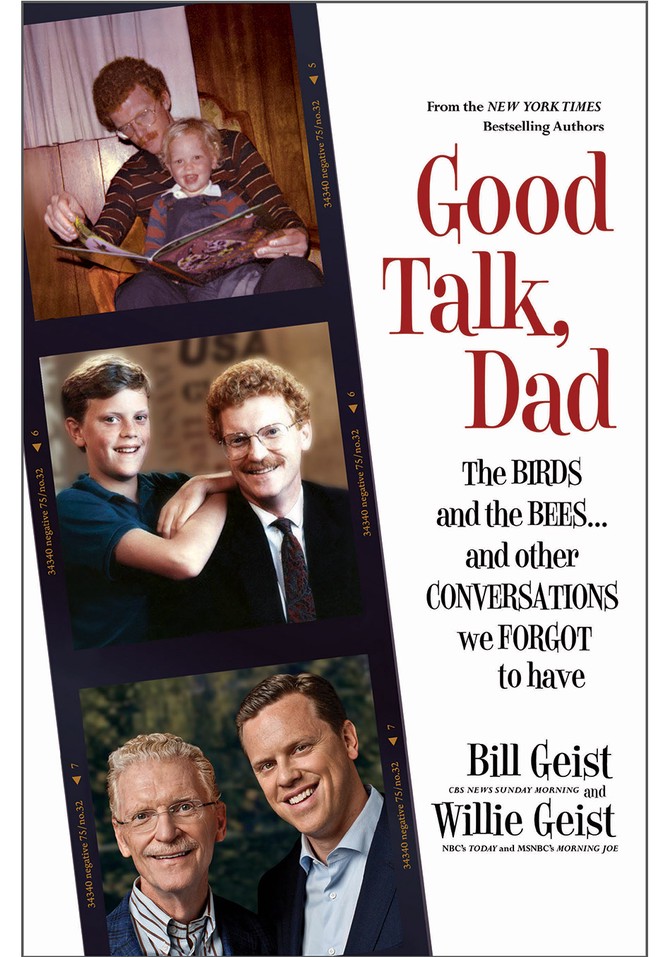 Good Talk, Dad: The Birds and the Bees...and Other Conversations We Forgot to Have
By Bill and Willie Geist

Gayle's favorite moment in this poignant, true story: When Bill (the father in the book) writes to his young son Willie, explaining that, "When you do things in your own distinctive, colorful way there will be fans, there will be detractors—those who don't get it...Your challenge is to charm them into thinking what's good for you is good for them and, of course, to move on when those efforts fail." "I got a lump reading that," she said on CBS This Morning. Who wouldn't?

The Walls of Jericho
By Jack Ford

It sounds like a true story: A young law professor and a reporter combine forces to solve the decade-old murder of a civil-rights activist. The evidence points to the man running for the highest political office in Mississippi. "It's the kind of case that our legal analyst Jack Ford would join us to talk about," said Gayle on CBS This Morning. "But actually it's the plot of his second novel....This book took so many twists and turns, but it all made sense to me." 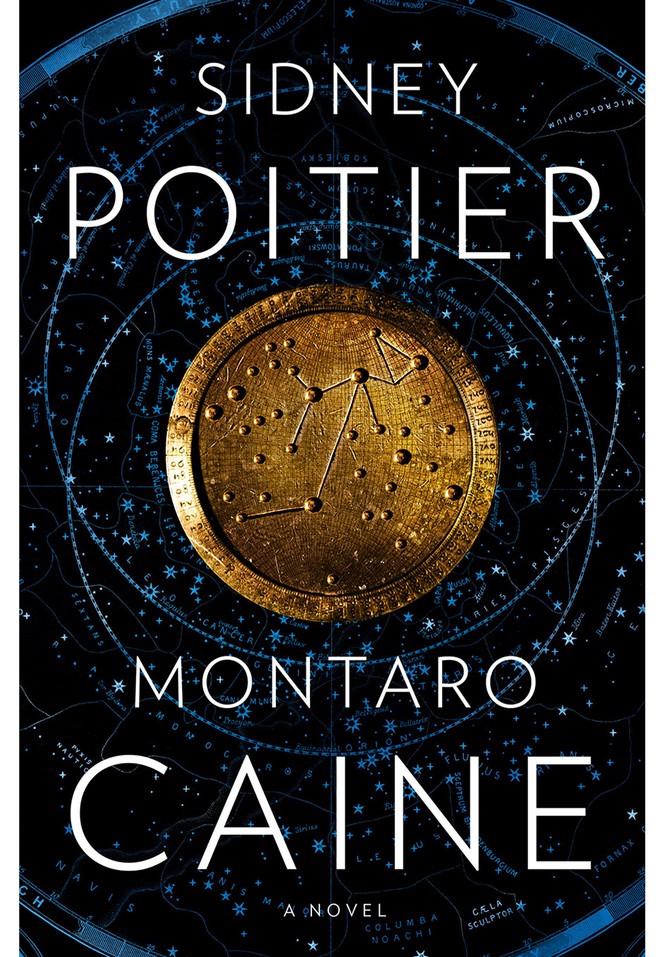 "Want to know what the novel Montaro Caine is about?" asked Gayle in O magazine. "Well, I'll simply say that it's about 300 pages and it will knock you out! Ordinarily I'd share a plot twist or two, but the author has asked that I not give anything away, and since the author is Sidney Poitier, I'm happy to oblige."

The Book of Nice
By Josh Chetwynd

"Snarkiness has seeped into sports, politics, even kindergarten," said Gayle. "That's why I have the nicest words to say about The Book of Nice, a smart look at all things, well, nice. Which reminds me, I'd like to thank the guy who found my iPhone in the street the other day and was nice enough to return it." 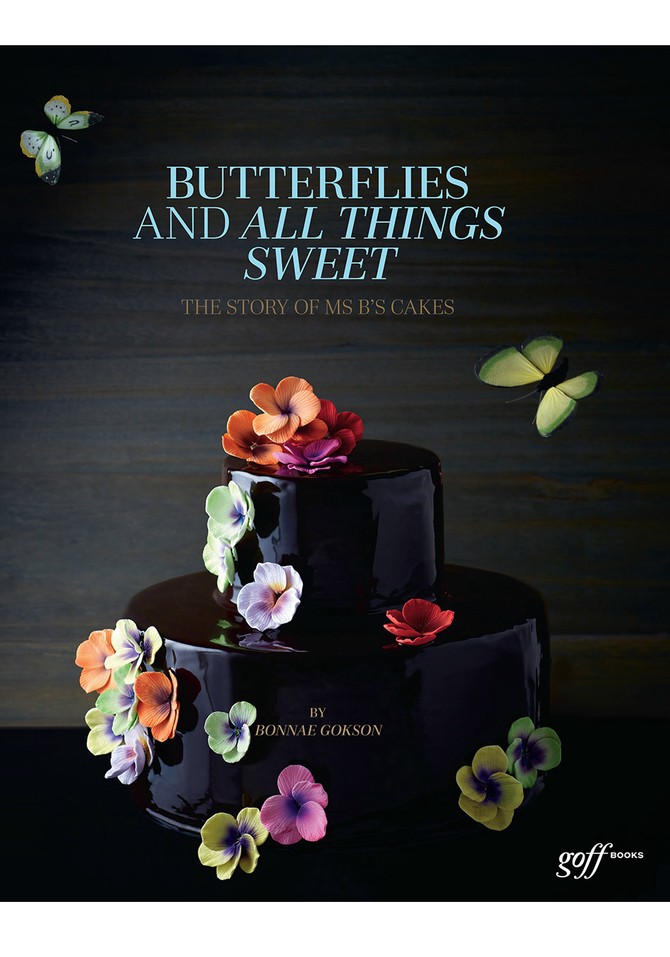 Butterflies and All Things Sweet
By Bonnae Gokson

"I love all things cake...but I wouldn't ordinarily buy an entire coffee-table book on the subject," Gayle said. "Then I saw Butterflies and All Things Sweet by Bonnae Gokson, and I'm ready to lick every page. These cakes are lacy, glossy, wild, whimsical, inspiring, spectacular—just pick an adjective—works of art."
Published 04/25/2018
More Books
The Best Lines from New Books
12 Books to Devour On a Long Flight
Oprah Talks to Cheryl Strayed About Walking Her Way to Peace and Forgiveness
What's On Ellen Pompeo's Bookshelf?
What's on Jennifer Garner's Bookshelf?
What's on Hillary Clinton's Bookshelf?
What's on Rachel Weisz's Bookshelf?
What's on Claire Danes' Bookshelf?