From Lost to Found: Cheryl Strayed's Journey in Photos 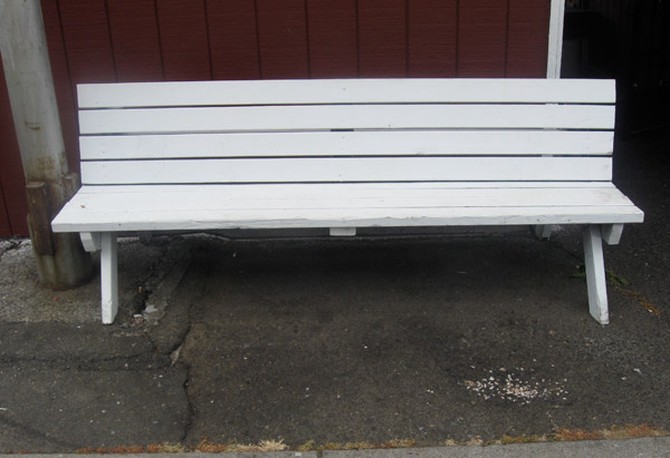 With nearly 1,100 miles logged, Cheryl ended her life-changing journey at the Bridge of the Gods on the border of Washington and Oregon. To celebrate, she sat down on a white bench at the East Wind Drive-In and enjoyed a chocolate-vanilla twist cone.

Four years later, Cheryl would cross the Bridge of the Gods again, this time with the man who would become her husband. Nine years after that, she would return with their children. "The four of us would eat ice cream cones while I told them the story of the time I'd been here once before, when I'd finished walking a long way on something called the Pacific Crest Trail," she says. "And how it would be only then that the meaning of my hike would unfold inside of me, the secret I'd always told myself finally revealed."
Published 06/01/2012
PREVIOUS | NEXT SLIDESHOW
More Books
The 11 Most Inspiring Passages from Wild
6 Reasons Wild Almost Didn't Get Written
7 Things That Didn't Make It into Wild
Wild Reading Digest
The Most Inspiring Quotes from Wild
Oprah Talks to Cheryl Strayed About Walking Her Way to Peace and Forgiveness
Ask Oprah or Cheryl Strayed a Question About Wild
Oprah's Favorite Lines from Wild