Why You Don't Want to Have Sex

Reasons why some women in their 30s and 40s lose interest in sex.
By Audrey Edwards 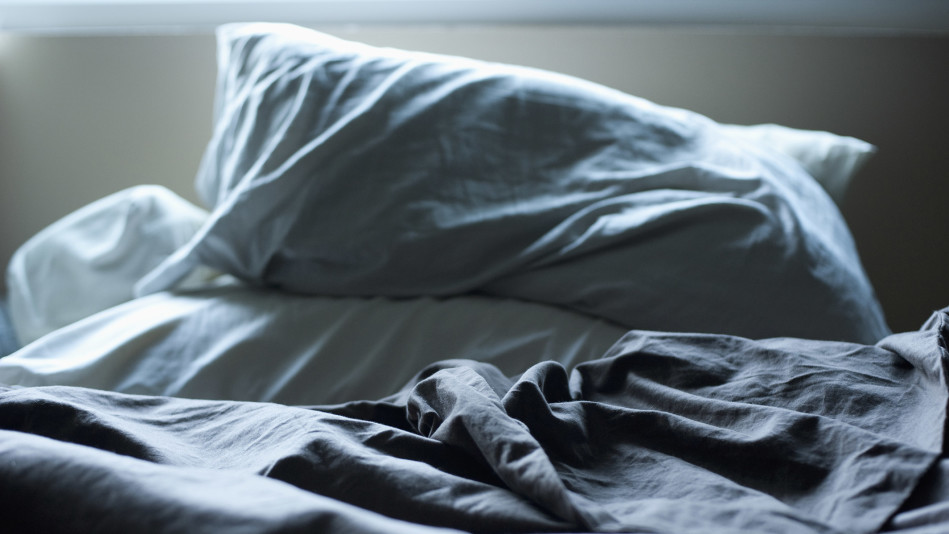 Photo: Space Images/Getty Images
She still recalls the purely sexual thoughts she had the first time she saw him: "Tall. Nice butt, tight jeans. And the way he walked! Oh, Lordy. I couldn't talk. I couldn't breathe." Lois Jensen, 38, of Vancouver, Washington, is describing the man she seduced on their second date, then married five months after he first took her breath away.

Today, when her husband, still handsome at 39, is stretched out on the bed beckoning to her, "Come do me," this mother of four is thinking, "You've got to be kidding!" Nowadays, she says, "sex is the furthest thing from my mind."

The same scenario is being played out in bedrooms across America: Women who used to enjoy good sex with their partners, and who still love them, say that now they would just as soon go straight to sleep. An estimated 24 million American women aren't interested in sex, based on a recent study published in the Journal of the American Medical Association.

What's Going on Here?
"We're seeing a lot of women in their thirties and early forties—well before menopause—who've had a basic decrease in sexual desire," says Elena Kamel, M.D., assistant professor of clinical obstetrics and gynecology at Northwestern University in Chicago.

Though certain medical problems can cause a woman to lose interest in sex, for the most part, a weakened libido is part of the natural aging process. "Women have a progressive decline in estrogen levels starting in their thirties and forties," says Kamel.

An underactive thyroid, oral contraceptives and blood-pressure-lowering drugs can also inhibit libido. As can something as simple and obvious as chronic sleep deprivation—a problem for virtually every woman who has young children at home.

Another contributing factor is the prevalence of depression among women, which is, almost by definition, accompanied by a loss of interest in sex. Unfortunately, many of the newer antidepressant medications prescribed to treat this problem also kill sexual desire as a side effect.

The Strain of Everyday Life
As women have taken on more responsibilities outside the home, they haven't given up any of the caretaking duties they've always shouldered, and the strain often shows up in the bedroom. Anger and resentment-even if they go unacknowledged—start to creep in.

Many women in long-term relationships also lose interest in sex because they don't want the kind of sex they've been having. "When two people have been together for a long time, sex often gets routine and stops feeling personal," says Ruth Morehouse, Ph.D., co-director of the Marriage & Family Health Center in Evergreen, Colorado.

For things to get better, stresses Morehouse, women need to take the risk of figuring out what they want sexually—something many still don't know—and to accept part of the responsibility for having an unsatisfying or boring sex life. "If you're giving in to keep the peace, going through the motions, you're not really there," says Morehouse. "You're helping to keep the relationship stagnant."

Think About What You Really Want
To reclaim sexual desire for yourself, begin by looking within. Stop and ask yourself these important questions: Have you given yourself over to your job, to your children or to other things in your life to the extent that you now feel depleted by them? Do you have moments when you feel that you no longer know who you are and why you're leading this life of yours?

It's vital to get behind the feelings of numbness and emptiness that may have replaced your sexual desire. Once you've started an honest dialogue with yourself on these issues, you need to then talk with your partner about them. Being completely open about what you're feeling about your life together is the first step to reclaiming your true self—and the sexual person you once were.
From the July 2000 issue of O, The Oprah Magazine

More O Magazine
Live Your Best Love Life!
Everything You Need to Know About Sex Fantasies
How to Unleash Your Girl Power
What Oprah Knows for Sure About Finding Strength After Betrayal
5 Surprising Ways to Live Longer—and a Whole Lot Better
Regina King's Aha! Moment

What You Learn from Moving Somewhere New
Coming Soon: The 12-Day Give-O-Way