An extraordinary 80-year study has led to some unexpected discoveries about long life.
By Amanda Schupak 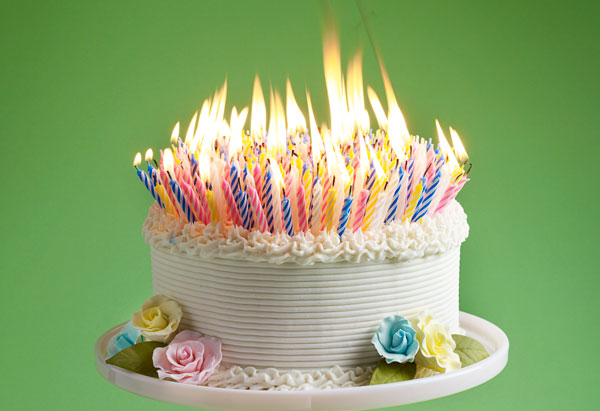 Photo: Levi Brown
In 1921, a Stanford University psychologist named Lewis Terman recruited 1,500 elementary school students and began an academic inquiry that would last eight decades. Terman followed his subjects into adulthood until he passed away in 1956. Other scientists then picked up where he left off, and in 1990 psychologists Howard Friedman and Leslie Martin began poring over the wealth of data in search of factors that seemed to contribute to lengthy life spans. In The Longevity Project, Friedman and Martin reveal that some age-old wisdom—work less, avoid stress, exercise hard—is plain bad advice. From their findings, we pulled five tips that may surprise you.

1. Give More to Live More
It's no secret that people with a strong social support system tend to live longer. But it turns out that it's not what your friends and family do for you; it's what you do for them that counts. Among Terman's subjects, the men and women who liked to lend a helping hand—the ones who cared for their neighbors, the ones whom others turned to for advice—lived the longest.

2. Run the Rat Race
Everyone fantasizes about a job that isn't stressful, never follows her home, and complements her personality and interests. But the ideal work life won't necessarily extend your life-life. Study participants who persevered toward accomplishment despite high levels of stress and responsibility lived longer than the people who worked at their "dream jobs."

3. Train Without Pain
You don't need to enter marathons to have a good long run at life. Forcing yourself to follow grueling fitness regimens can shed inches, but it may not add years. In the long term, you're more likely to stick with low-impact activities you truly enjoy than rigorous workouts you dread. Moderate swimming, a leisurely bike ride, and hour-long walks with the dog do as much good for your health—and survival—as an eight-minute mile.

4. Fret a Little
Think good things and good things will happen, right? Not necessarily. Friedman and Martin found that too much optimism could be as detrimental to longevity as high cholesterol and hypertension. Always assuming the best, they say, may leave you unequipped to deal with the worst—such as trauma or illness. A little worry keeps you warmed up for the curveballs life throws.

5. Have More Fun in Bed
Almost 60 years before Sex and the City, Terman got women to talk about their sexual satisfaction, the average amount of time they spent being intimate with their husbands, and the frequency of their orgasms. The records show that the women who most often reached climax most often lived longer.

Live Your Best (Long) Life
Published 02/17/2011
As a reminder, always consult your doctor for medical advice and treatment before starting any program.

More Health and Wellness
4 Ways to Avoid Serious Medical Mistakes
4 Gadgets that Can Improve Your Health
Which Foods Pack the Biggest Nutritional Punch?
Are You At Risk for High CRP?
Dr. Oz's 5 Ways to Lower Your CRP Levels
Holistic Fixes for Your Bad Health Habits
How to Avoid Cell Phone Dangers
The Latest Science on Happiness